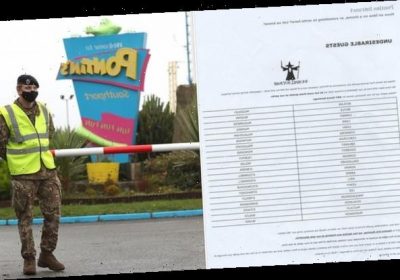 Families with surnames including Boyle, Doherty and Gallagher were all banned by the company, with staff told ‘we do not want these guests on our parks’. 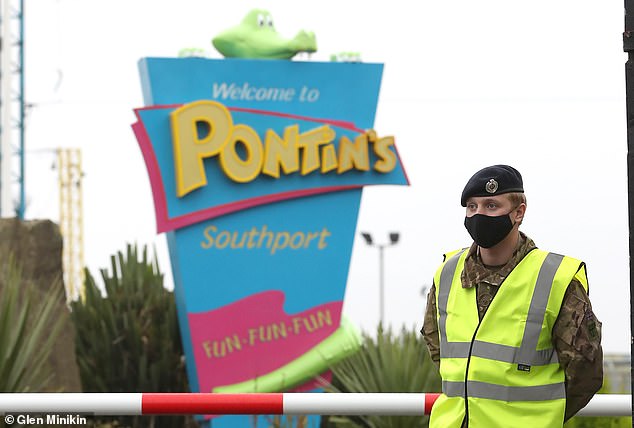 However, an employee blew the whistle last February and told the Equalities and Human Rights Commission of the list and an investigation was launched.

A message printed alongside the blacklist, seen by the i website, told staff: ‘Please be aware that several guests are unwelcome at Pontins, however some of these will still try and book – especially during school holidays.

‘We have been informed by our Operations Director that we do not want these guests on our parks.’

By declining to provide its services to guests of a certain race or ethnic group, Pontins was directly discriminating on the basis of race and breached the Equality Act 2010, the commission found.

Discriminatory practices included the ‘undesirable guests’ list, published on its intranet page, monitoring calls within its contact centre and refusing or cancelling any bookings that were made by people with an Irish accent or surname, and using its Commercial Vehicles policy to exclude Gypsies and Travellers from its holiday parks.

The Prime Minister’s spokesman said today: ‘No one in the UK should be discriminated against because of their race or ethnicity.

‘It’s right that the Equalities and Human Rights Commission and Pontins investigate and address this.’

The commission’s executive director, Alastair Pringle, said: ‘It is hard not to draw comparisons with an ‘undesirable guests’ list and the signs displayed in hotel windows fifty years ago, explicitly barring Irish people and Black people.

‘Banning people from services based on their race is discrimination and is unlawful. To say that such policies are outdated is an understatement.

‘It is right to challenge such practices and any business that believes this is acceptable should think again before they find themselves facing legal action.

‘We will continue to work with Pontins and Britannia Jinky Jersey to ensure that our agreement is adhered to and its practices improve.’

The agreement requires Pontins to conduct an investigation into the ‘Undesirable guest’ list to ensure appropriate action is taken within the organisation and that lessons are learned. 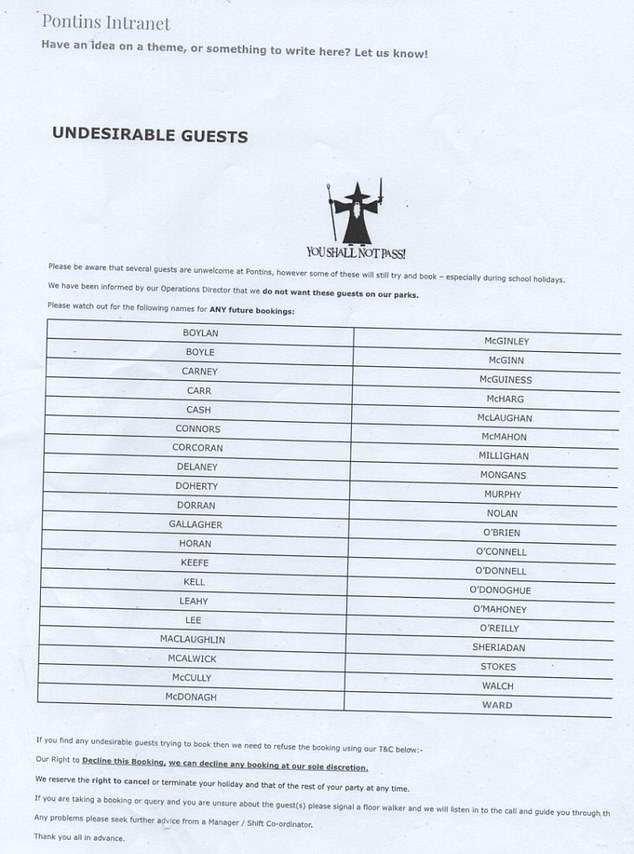 Families with surnames including Boyle, Doherty and Gallagher were all banned by the company, with staff told ‘we do not want these guests on our parks’

It must also commission a review of its current intelligence system, booking policies and commercial vehicle policy to ensure they are not operating in a discriminatory way, and consider any recommendations, provide enhanced training on equality law for staff in its Human Resources team and members of Senior Management and provide training on equality and diversity for all customer facing staff on an annual basis.

The company should also appoint Equality, Diversity and Inclusion champions across the organisation, the EHRC said.