He’s talked the talk but can he walk the walk? Portly Kim Jong-un struggles to catch his breath during historic crossing into South Korea

Stepping across the concrete curb separating the nations, Kim Jong-Un became the first North Korean leader to enter the South in 65 years.

It was clear today’s peace summit was an historic moment. But it was also clear poor Kim was struggling with the pace.

The portly dictator beamed at President Moon Jae-in as they met at ‘Freedom House’ in the demilitarized zone. 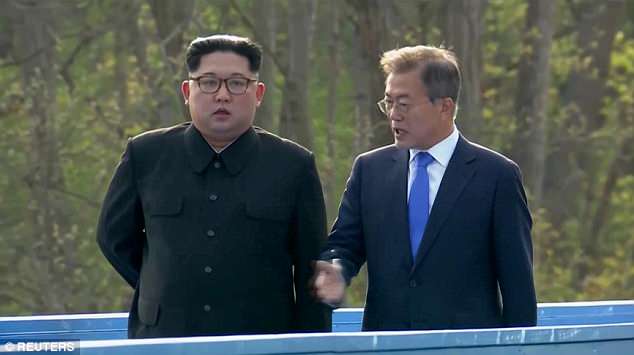 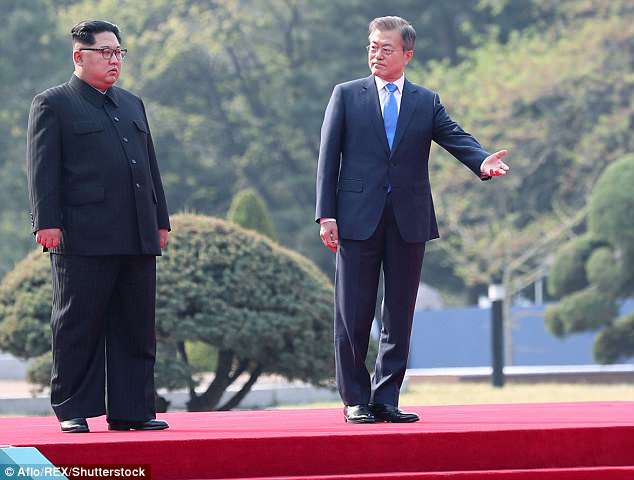 Hold on a second: Kim looks blankly at President Moon Jae-in after he suggests the dictator descends some steps

But the short albeit brisk walk over appeared to have tired him out. Plump from years of overindulgence, the stroll forced him to pause and catch his breath.

The supremely large leader ambled around with Moon Jae-in as the pair engaged in a number of symbolic activities – at one point stopping to pour a mixture of soil and water from both countries onto a pine tree they planted together.

Kim took his time over this physically demanding task.

All the while he was followed by 12 suited bodyguards who at one time formed a ring, jogging, around the car carrying him to a sumptuous diplomatic lunch with Moon Jae-in.

It is unclear whether the ultra-fit team joined them for the extravagant dinner. 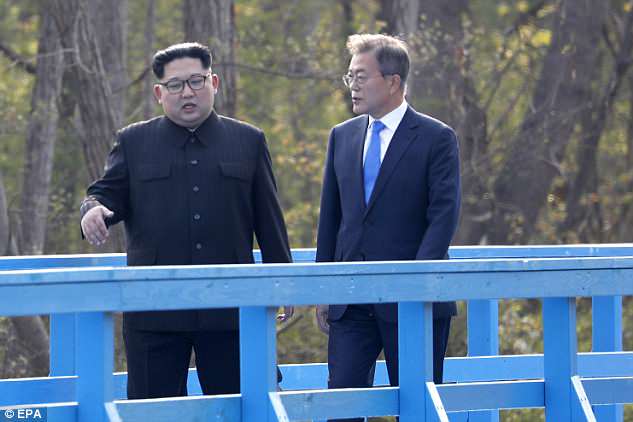 As the pair took a stroll together discussing nuclear arsenals and infrastructure, it became clear portly Kim was struggling a little 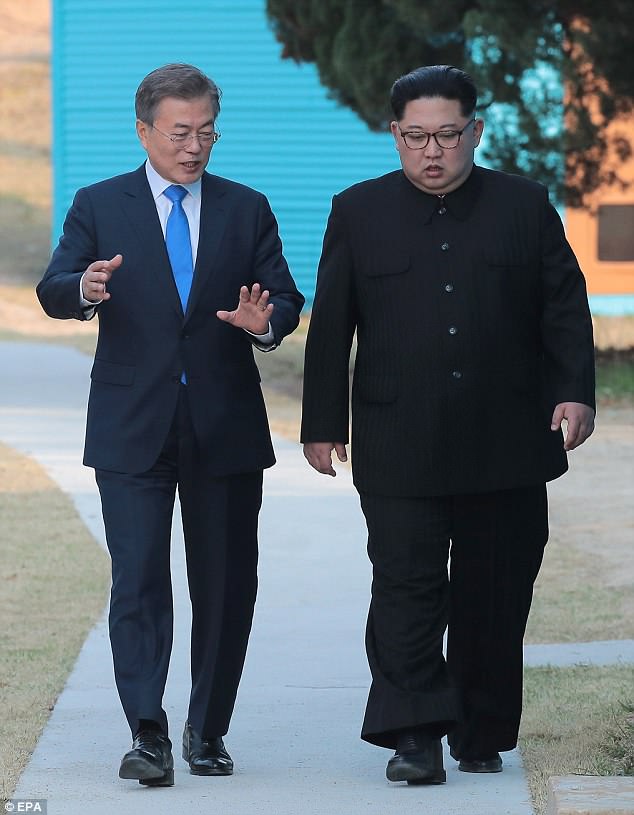 Carefully does it: The pair took a not-so-brisk stroll together to discuss the future of inter-Korean relations

The corpulent leader’s weight began to balloon in 2014 in part thanks to an addiction to Swiss cheese.

He developed a taste for the foreign product while a student in Switzerland – and is understood to love it so much that he imports vast quantities, despite Western sanctions.

It was at Liebefeld Steinhölzli school near Bern where the 36-year-old developed a love of Emmenthal.

In 2014, he reportedly sent North Korean officials to learn the art of cheese-making at a French cookery school, after he became angry that chefs in his home country had failed replicate the flavours he had come to enjoy in Switzerland. 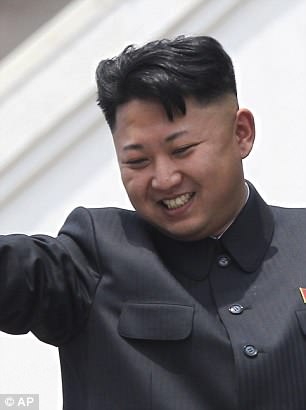 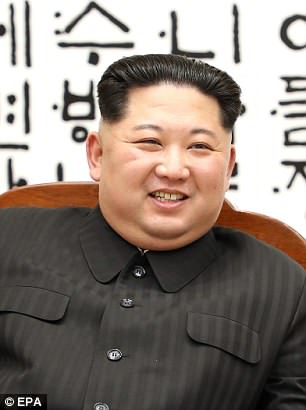 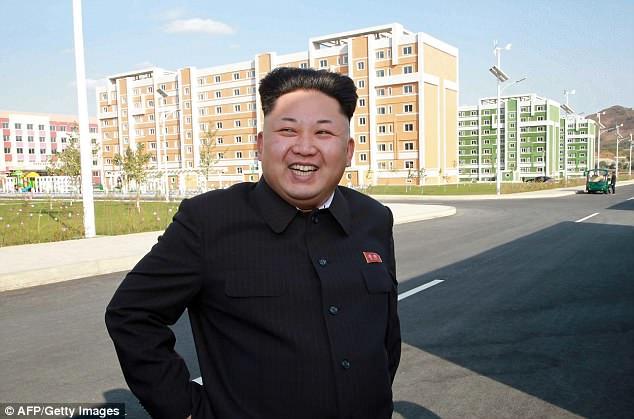 In lighter times: Kim Jong-Un smiles as he inspects a newly-built housing complex in Pyongyang after emerging from a prolonged illness 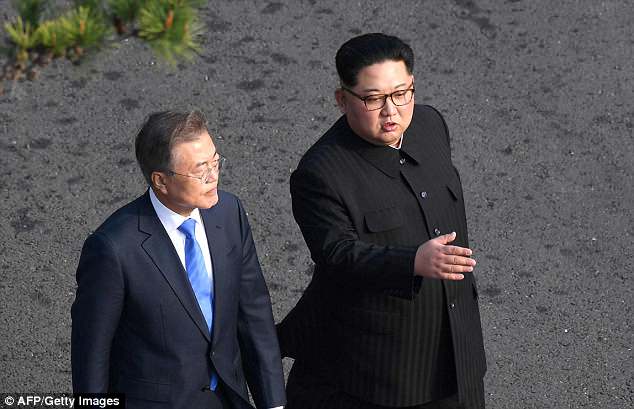 Taking the reins: Breathless Kim points across the DMZ, his cheeks flushed red 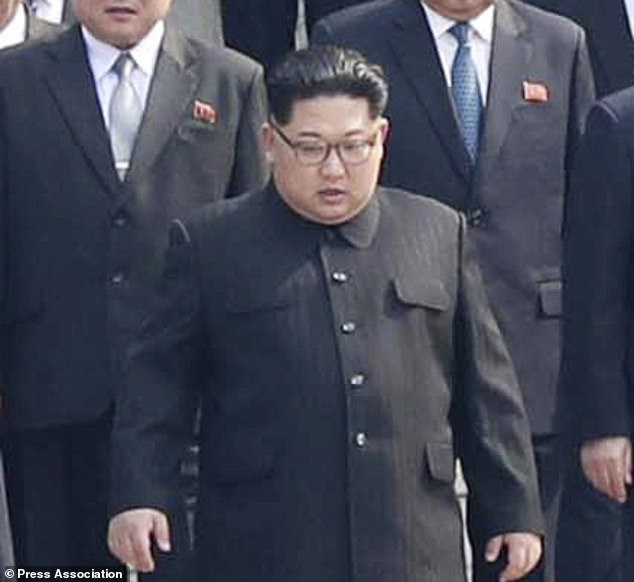 The dictator slowly descended steps into the demilitarized zone, careful not to move to fast so as to become out of breath

Other reports suggest the portly leader suffers from diabetes.

North Koreans who have managed to flee the country believe the weight gain may be deliberate in order to look more like his sizable late grandfather Kim Il-sung.

Kim reportedly enjoys sushi made with a fatty part of the tuna called torro as a young man, just like his dad. 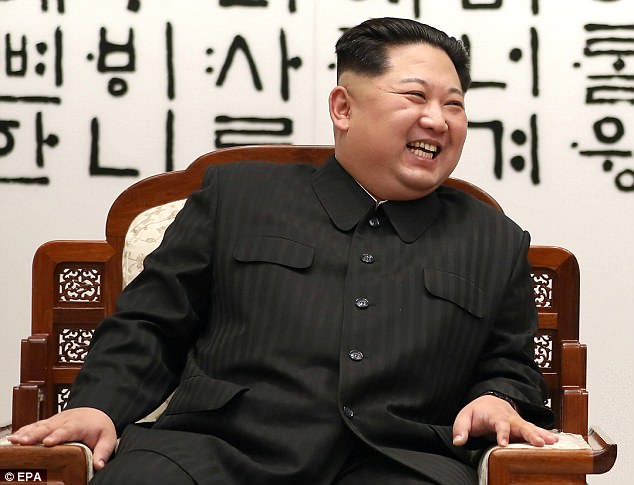 Kim’s swollen demeanor has been blamed on an addiction to Swiss cheese, which he came to love as a student 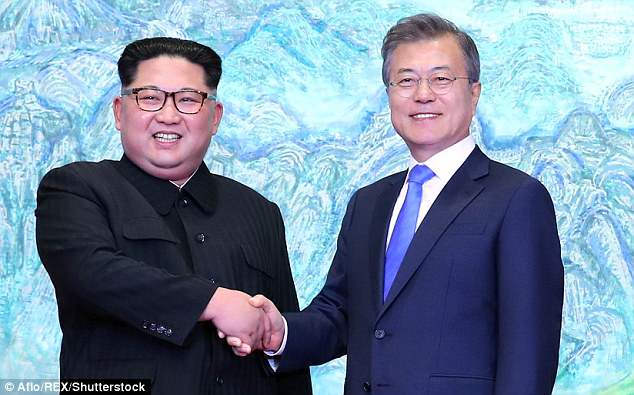 Red in the face: Later the pair held a peace summit at the south side of the truce village of Panmunjom in the demilitarized zone

Chinese citizens amused themselves by coming up witty nicknames for the rotund dictator during his visit to the nation in March.

Online, Chinese citizens were recorded referring to Kim as the fatty on the train, the obese patient, the visitor from the north-east and Kim Fatty III. 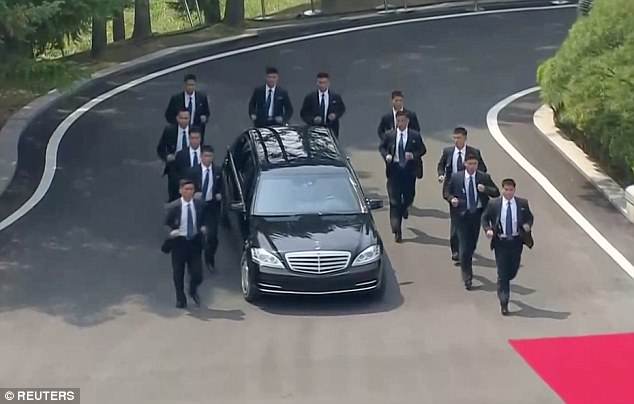 Room for just one: Television showed the bodyguards in a ring-shaped formation around the vehicle as it rolled back to the northern side of the Panmunjom truce village 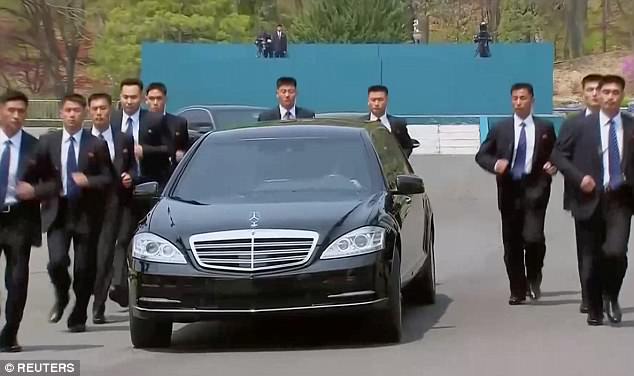 The guards deftly altered their formation to avoid being hit as the car turned a slight bend in the road. Inside the dictator sat content

He is said to fear reprisals for several top-level purges he has presided over in recent years.

‘He keeps a close tab on any potential threats to his power, including the military, and he is obsessed with ensuring his personal safety,’ said Lee Cheol-woo, a member of South Korea’s ruling party.

‘Because of his habitual binge eating and drinking, he is likely to develop adult [lifestyle] diseases.’