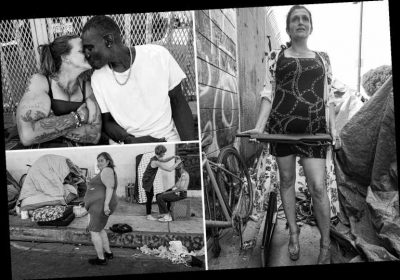 A POWERFUL series of photographs captured over a decade have given a rare insight into the lives of the residents of one of LA’s most notorious neighbourhoods.

The shocking effects of violence, drug abuse and poverty are laid bare in the images, alongside more tender glimpses of the love and care binding the community known as Skid Row. 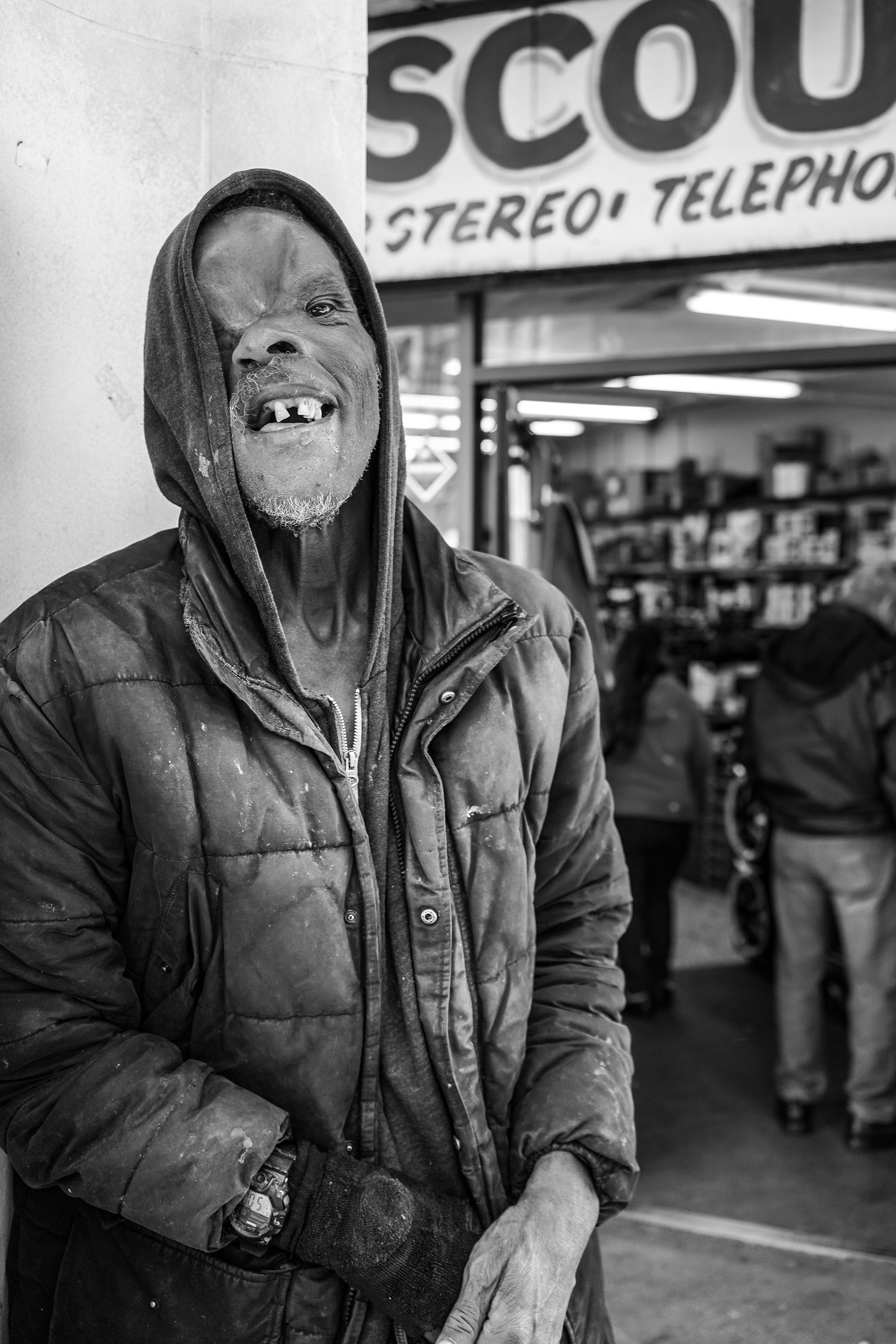 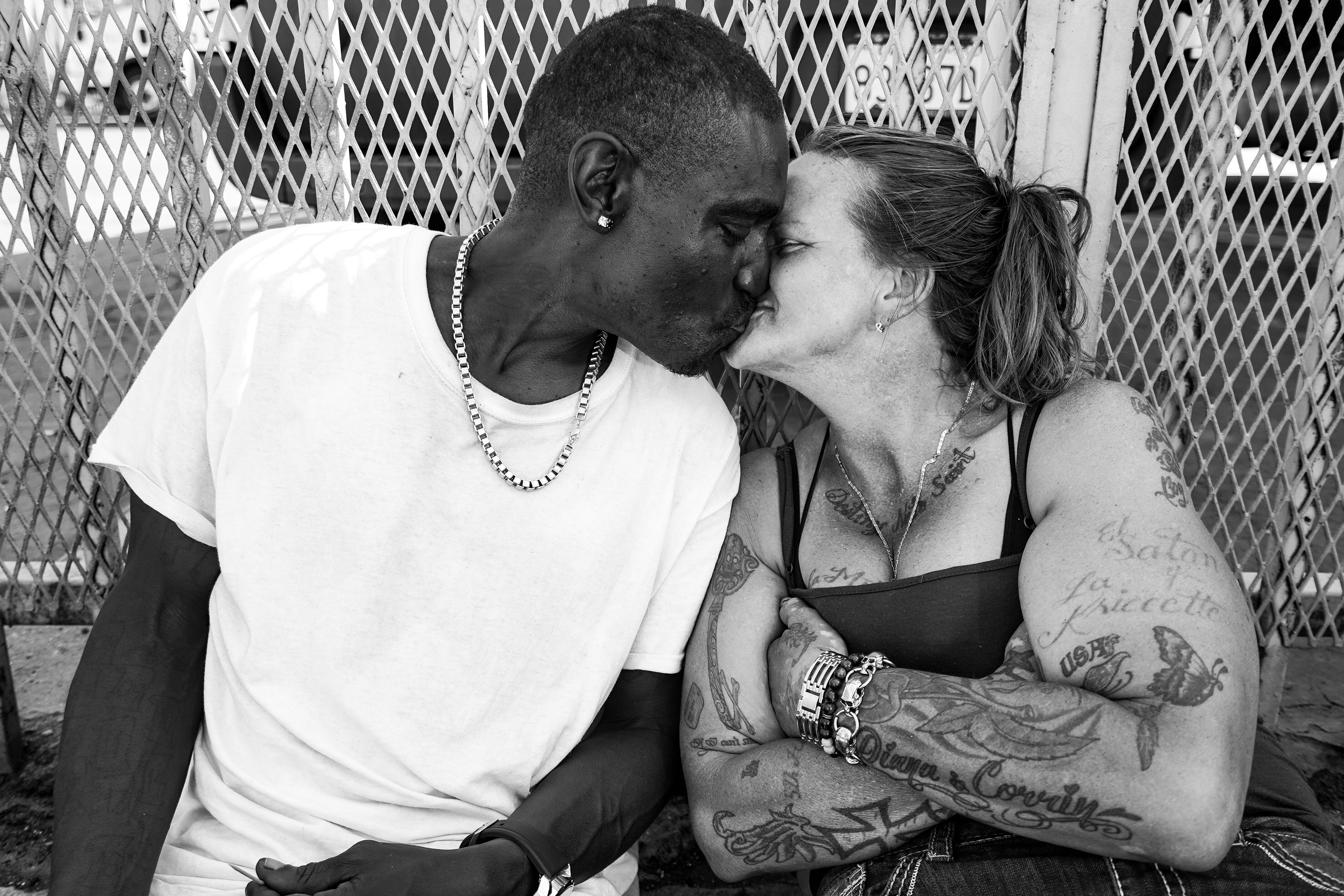 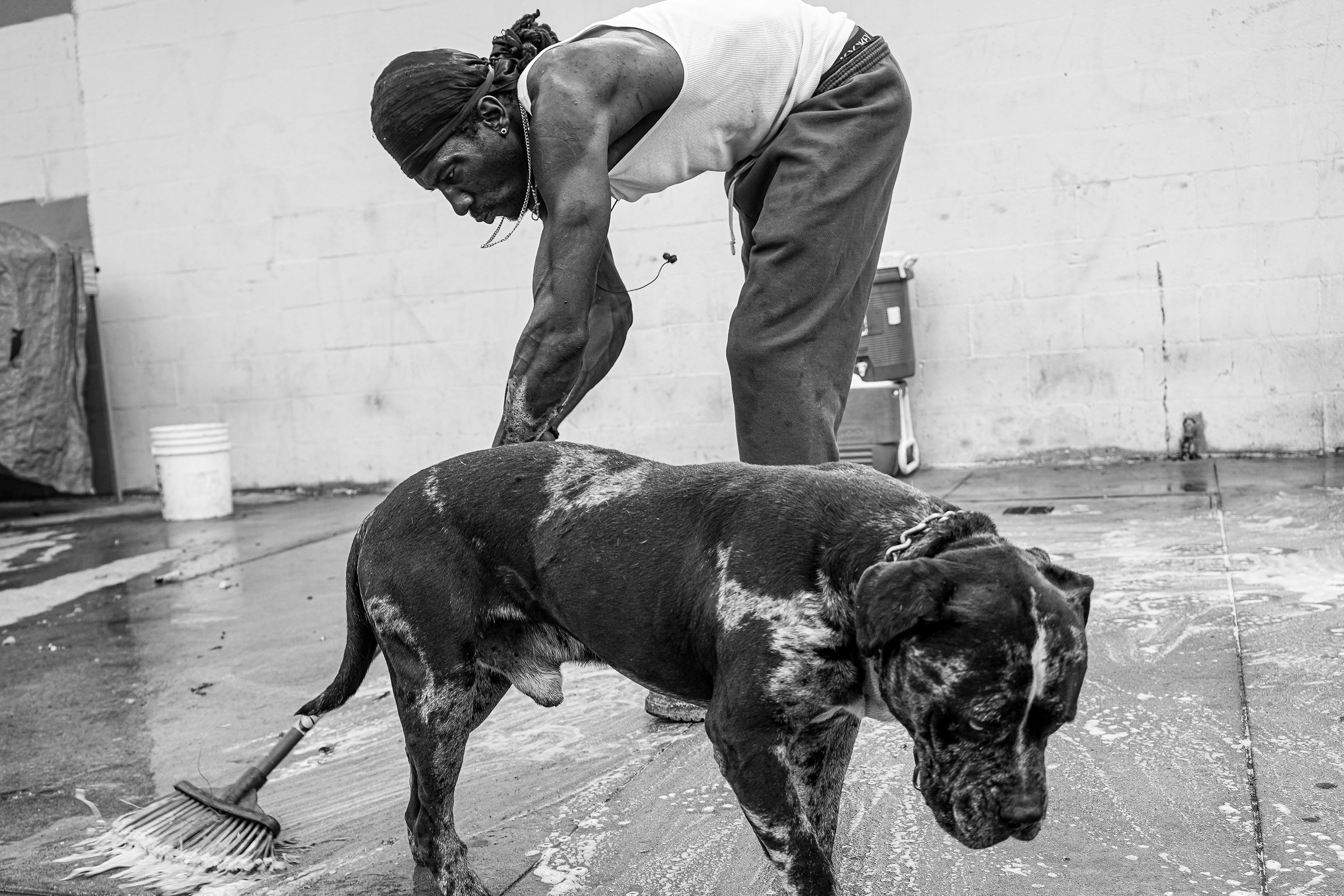 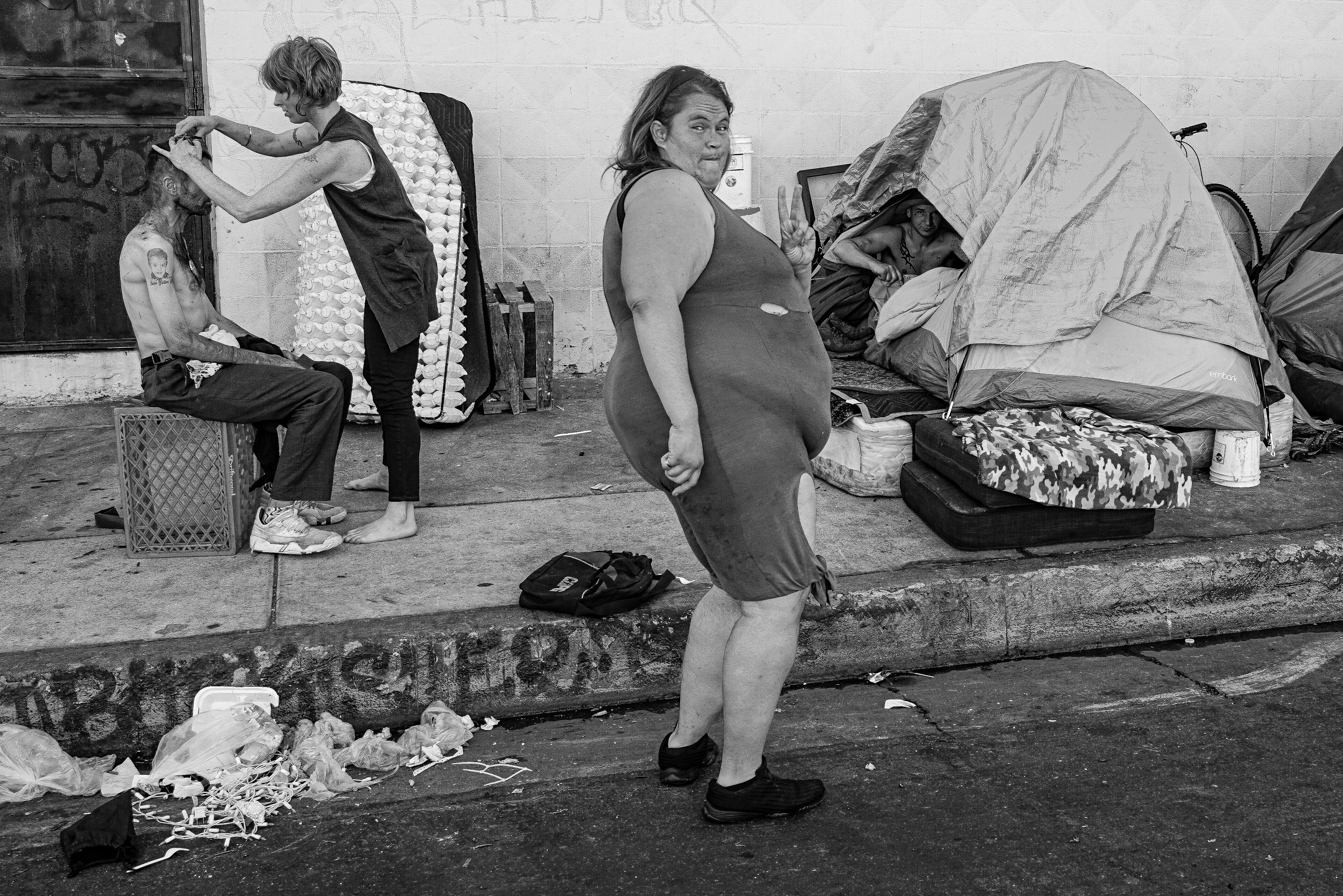 Photographer Suitcase Joe spent ten years gaining the trust of the homeless people who live in tents that line part of downtown Los Angeles and these poignant images are the result of that relationship.

They are being released in a new book, called Sidewalk Champions.

Over the years Joe formed friendships within the homeless community, the largest in America and believed to number 5,000 people, allowing him unprecedented access to document their daily lives.

Some of the images are challenging, depicting the drug use and poverty that is unimaginable to many people living in the US. 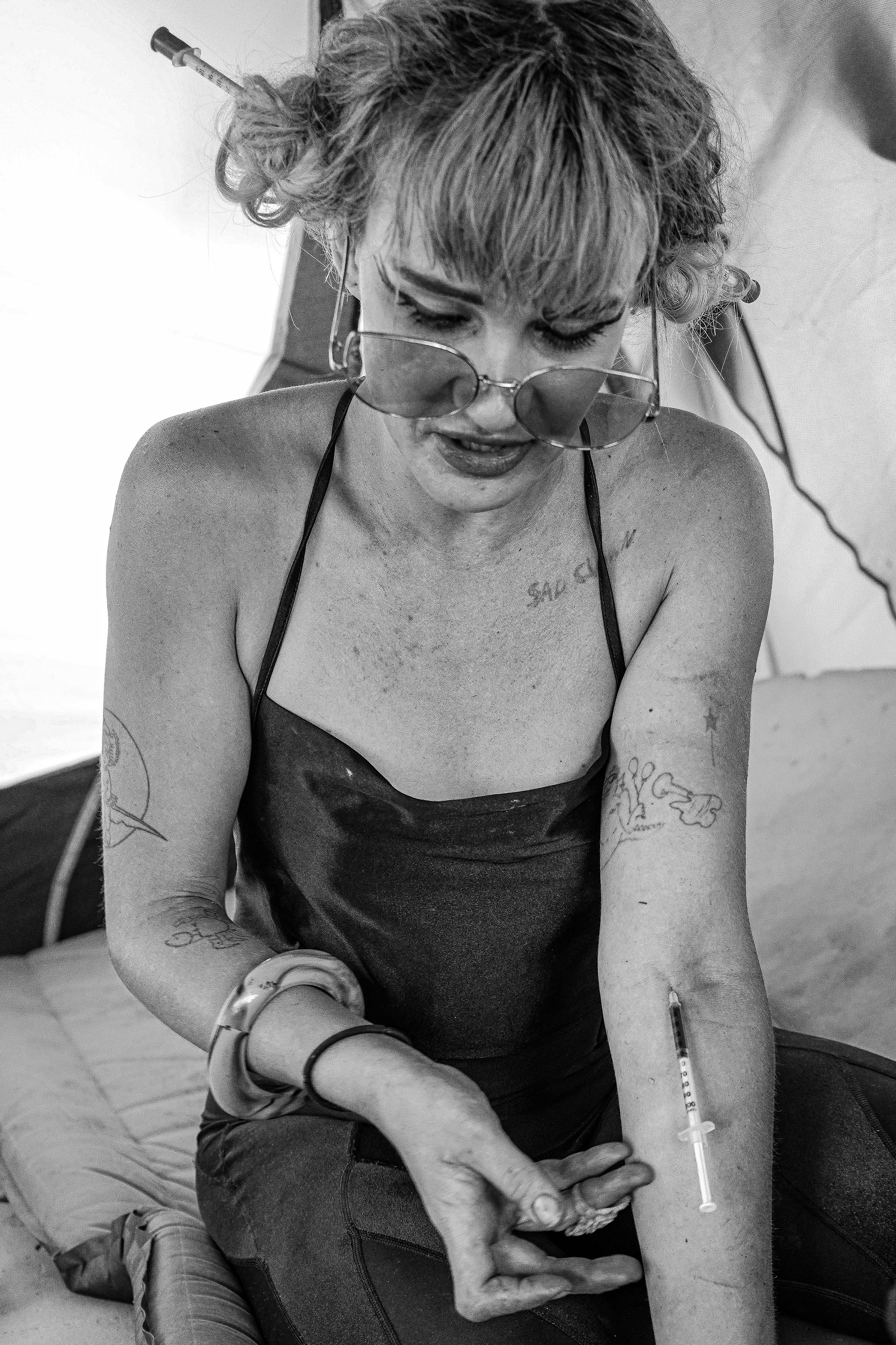 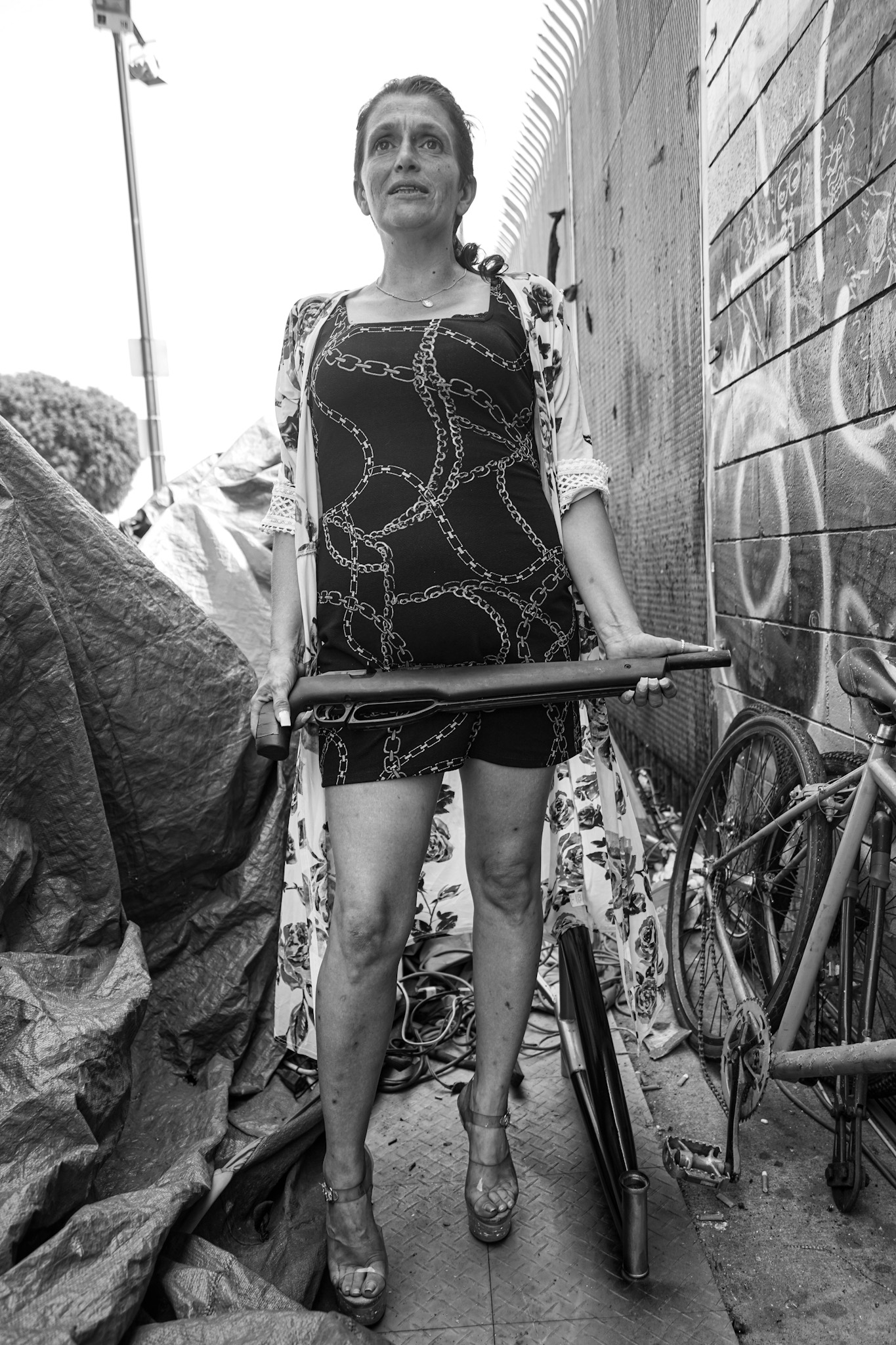 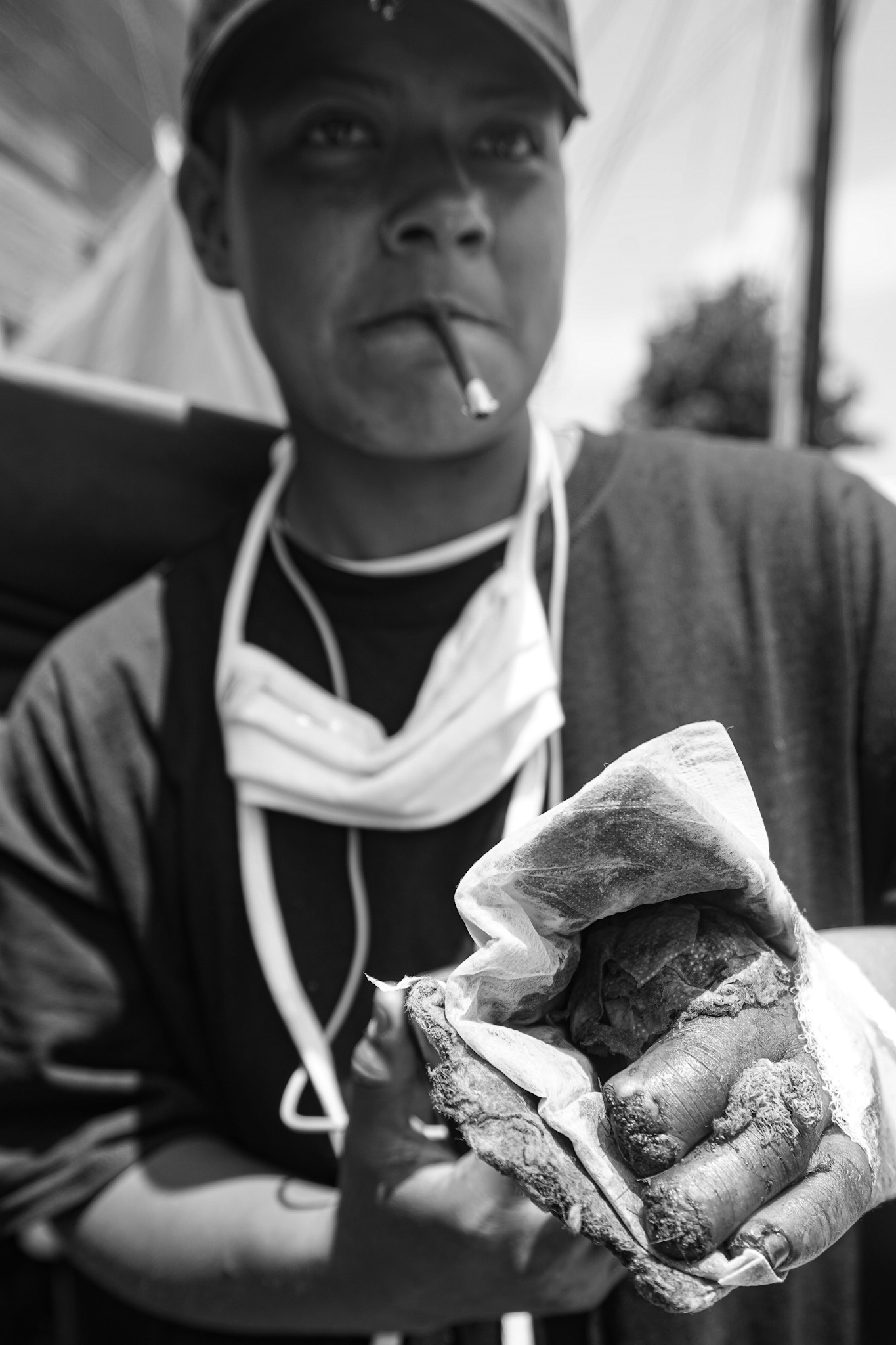 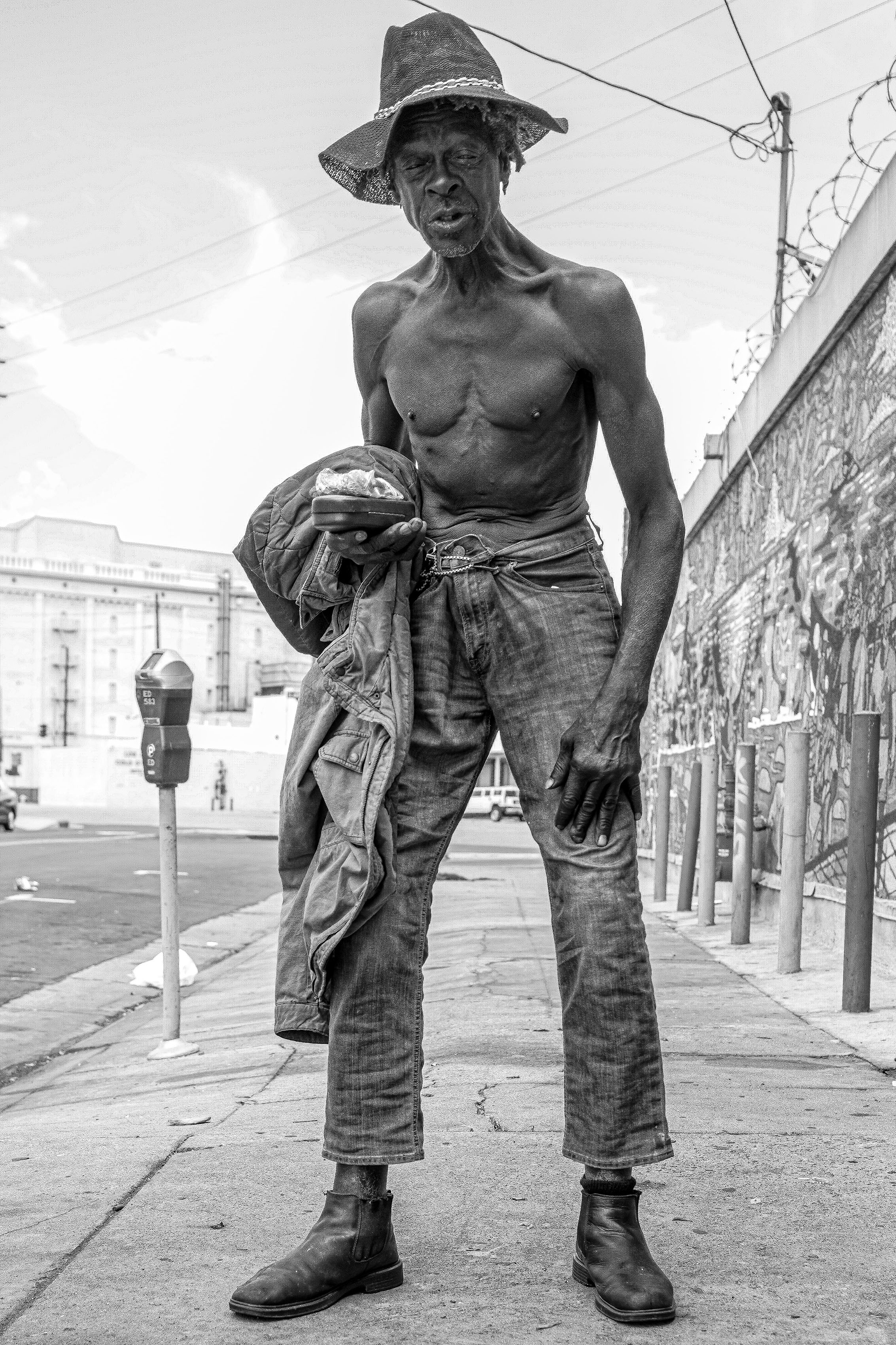 A well-known Skid Row character is a man named Jerry who has a serious facial disfigurement after surviving a shooting at a bus stop.

Despite his terrible injury, Jerry was often photographed smiling and laughing however he sadly passed away in December 2020.

The images also show a man injecting someone in the neck, while a picture of drug addict Boxer was taken just after he had taken a bad batch of drugs.

Another picture shows Stephanie, who lost her thumb and index finger after finding an unexploded mortar outside her tent one morning that went off in her hand.

She now struggles to take care of the injury because of not having access to clean bandages and iodine.

But there are also heart-warming snapshots amongst the collection, such as newlyweds Row and Kricket kissing each other after meeting on Skid Row.

The strength of friendship is clear in a shot showing Bruce pushing his friend as they go for a stroll while Pepper, right, holds his cat Justice as they come together to pose for a family style photo.

Other pictures show Chelsea, in high heels holding a huge pellet gun. She bought it to defend her tent from rats as typhus is an issue on Skid Row, as it is carried by the fleas that live on the unwanted rodents. 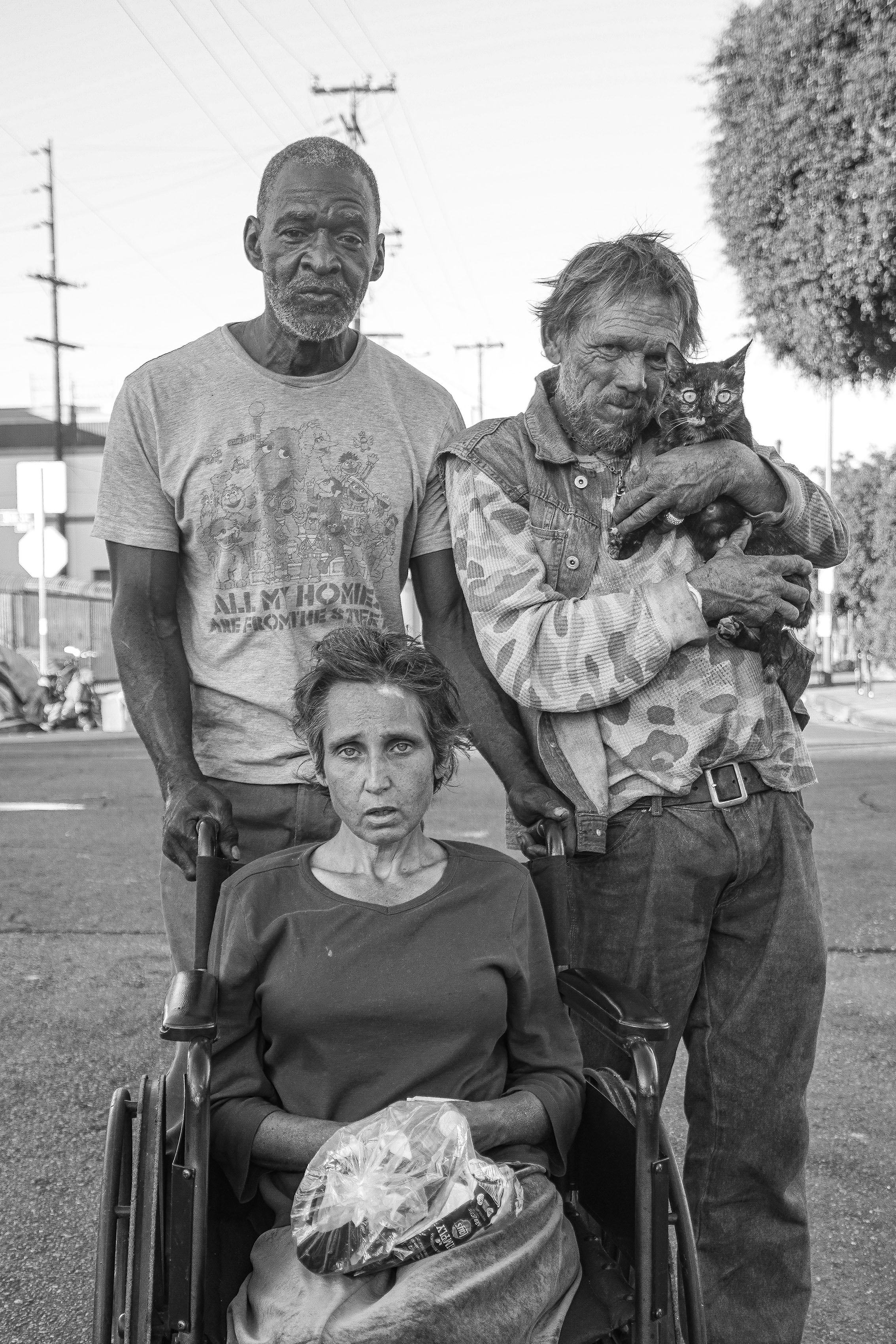 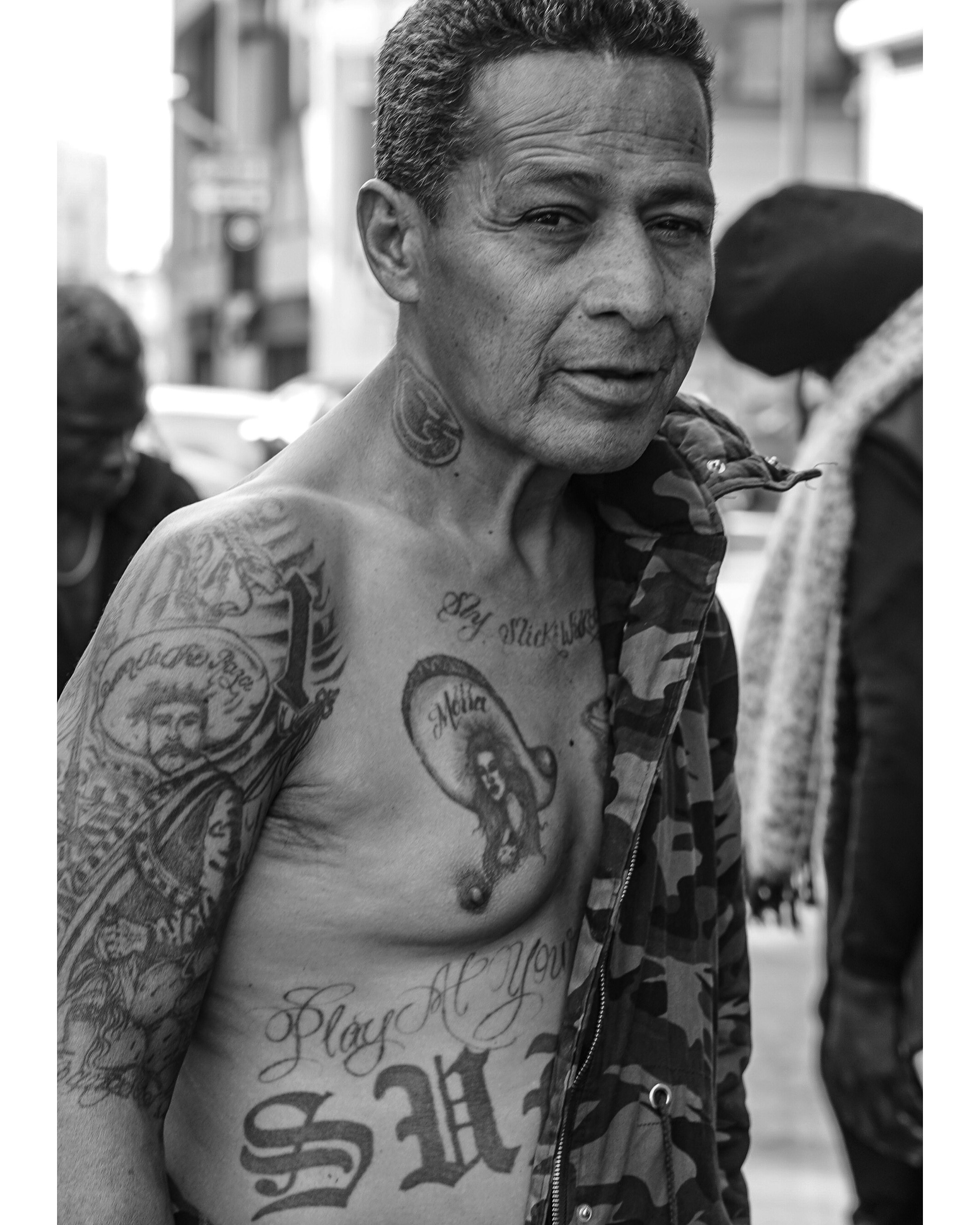 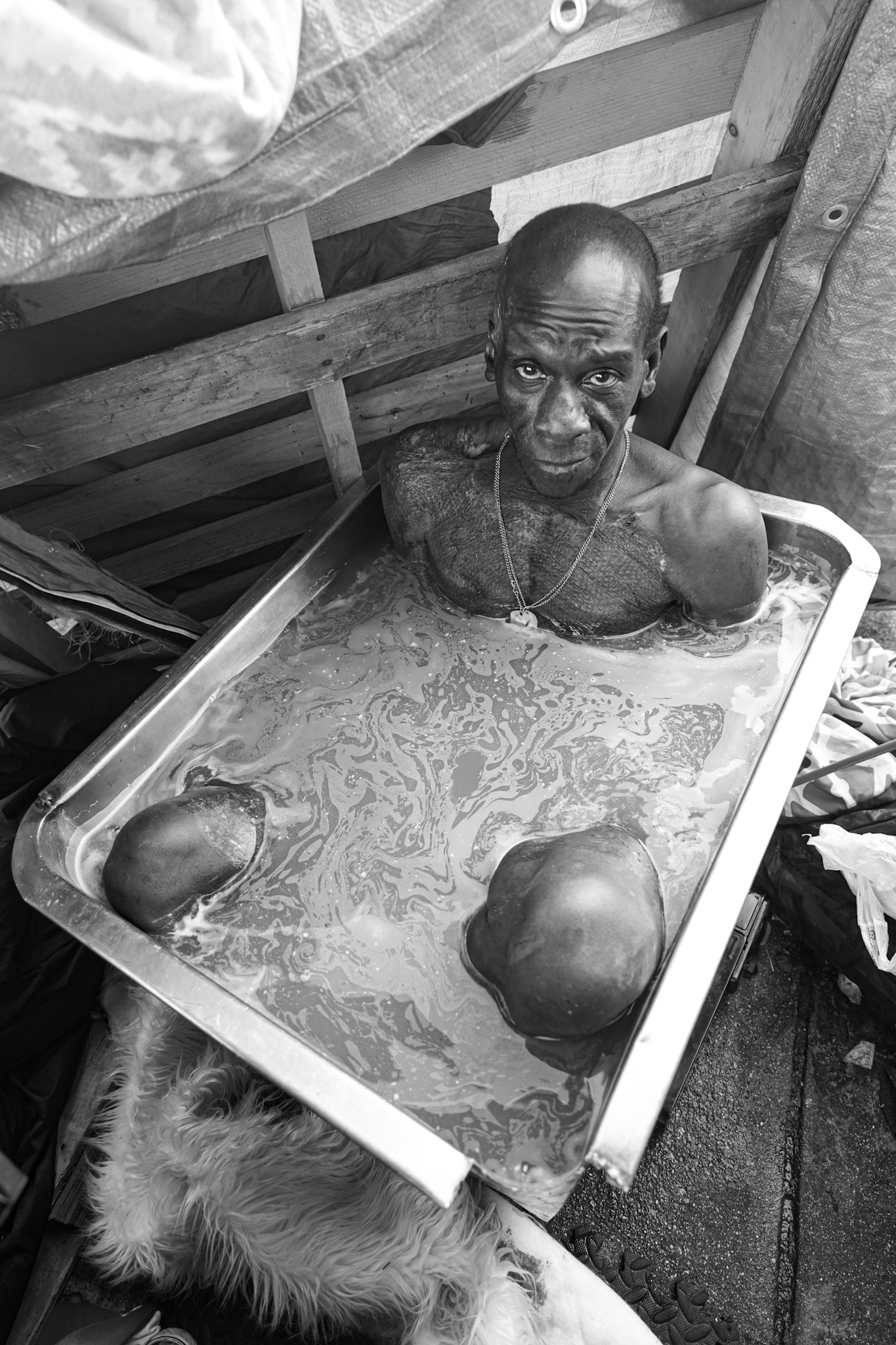 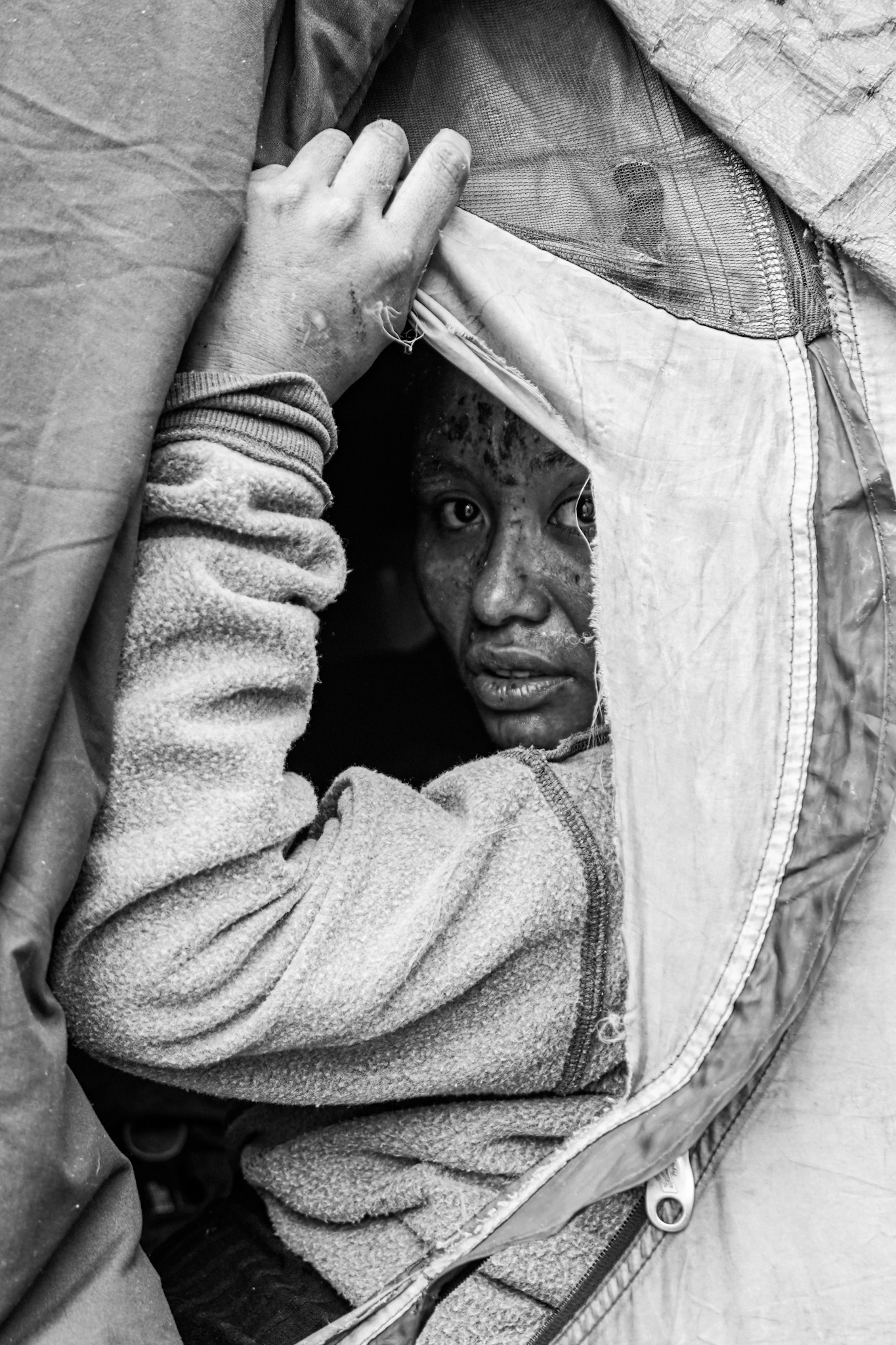 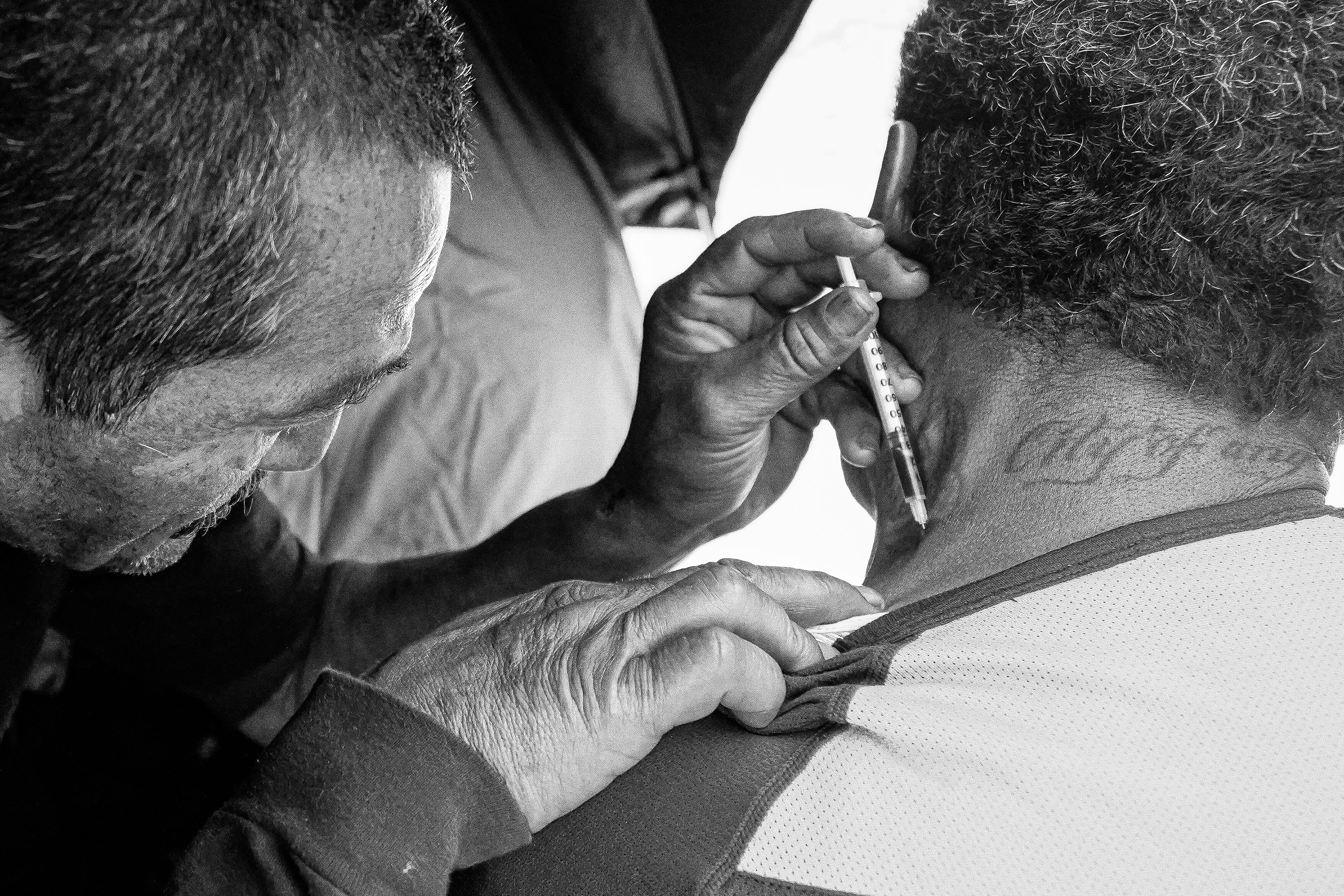 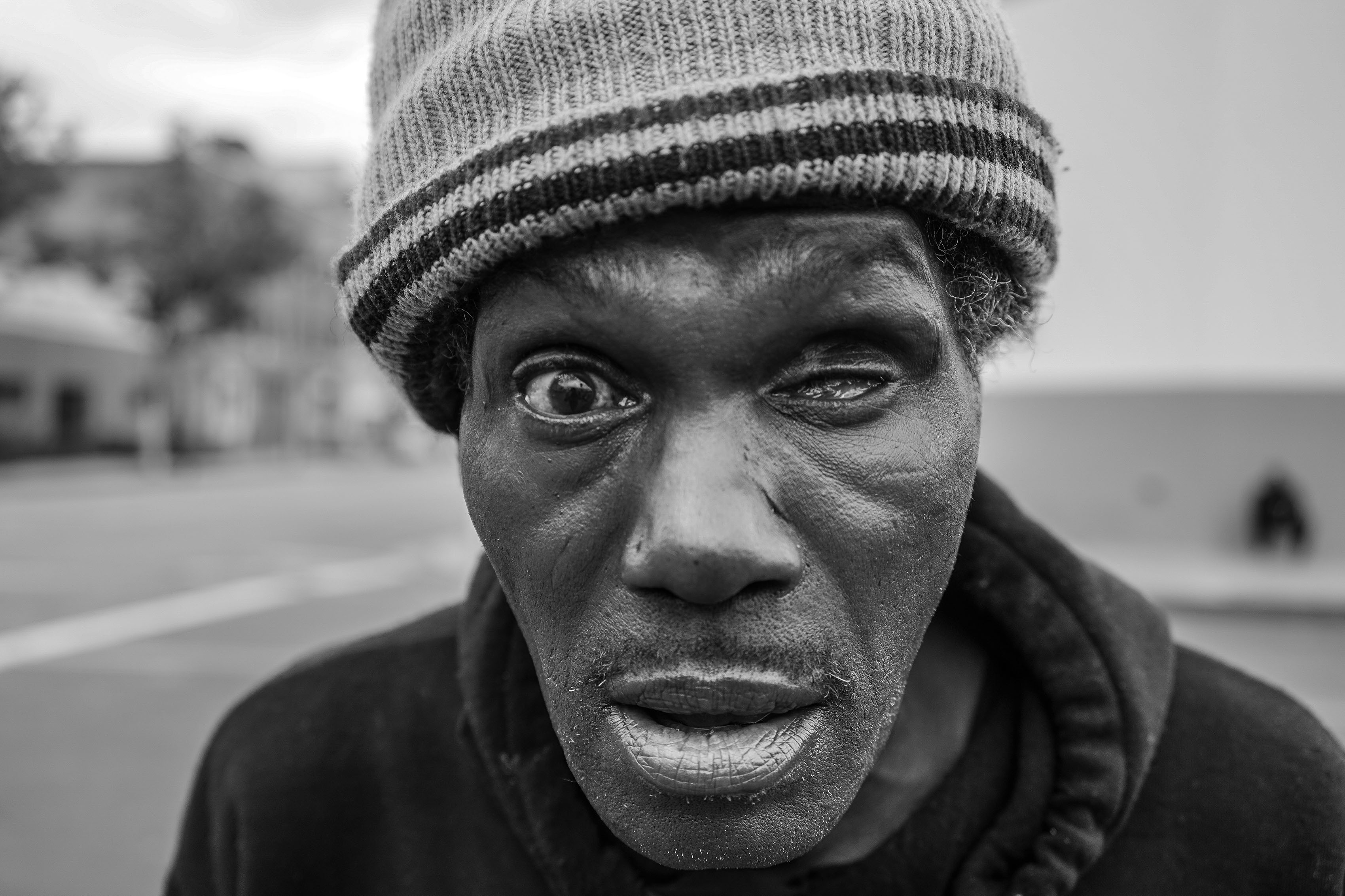 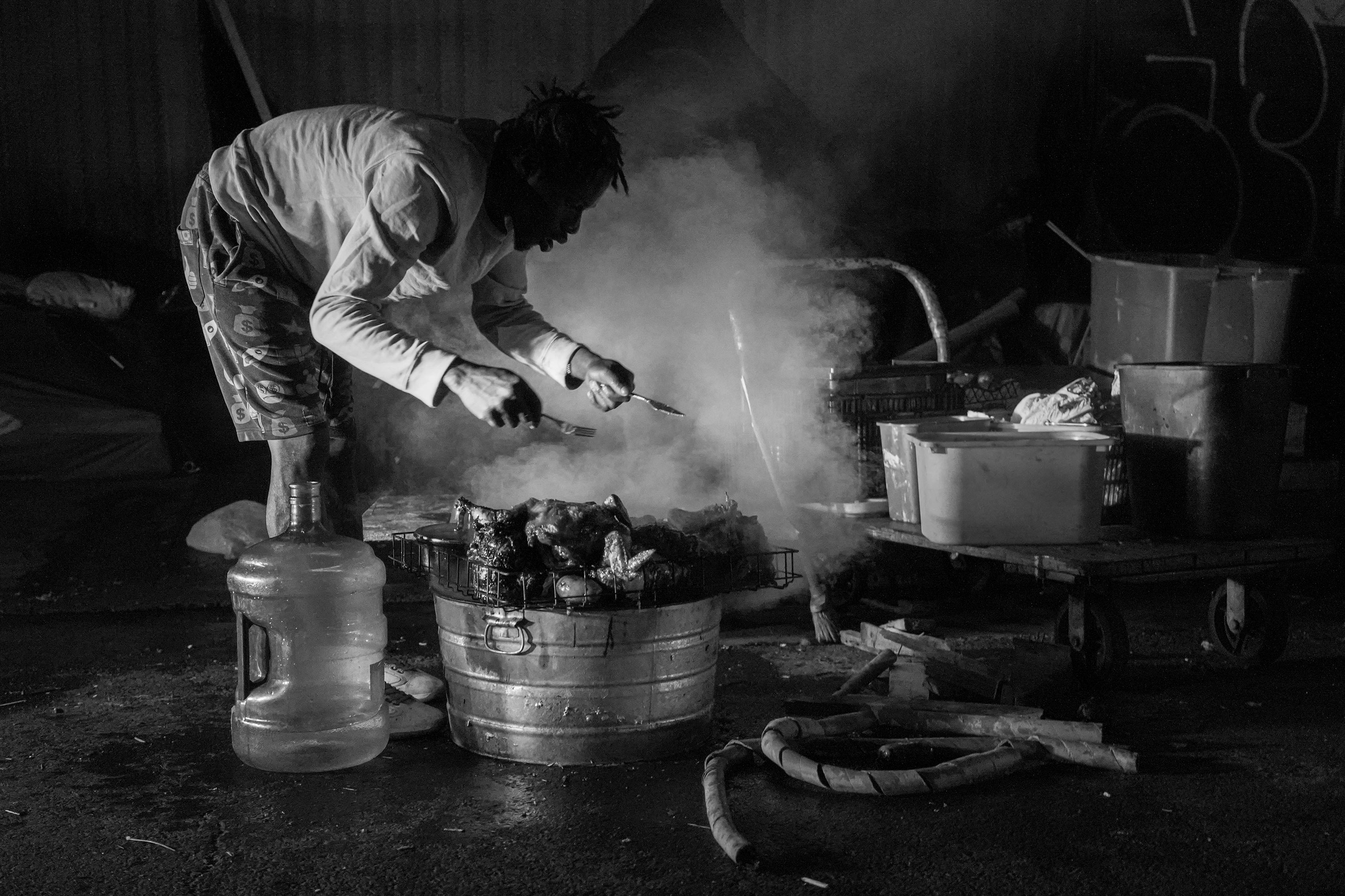 The anonymous street photographer is an activist who co-founded the Suitcase Joe Foundation to help Skid Row residents and provide support for getting into long term housing.

Proceeds from the sale of the book Sidewalk Champions will help support the Suitcase Joe Foundation and directly aid unhoused residents of Skid Row.