Chrissy Teigen is sharing new details about the loss of her son Jack.

While speaking at Propper Daley’s “A Day of Unreasonable Conversation” summit on Thursday, Teigen, 36, opened up about the “heartbreaking decisions” she was faced with during her 2020 pregnancy.

“Two years ago, when I was pregnant with Jack, John and my third child, I had to make a lot of difficult and heartbreaking decisions. It became very clear around halfway through that he would not survive, and that I wouldn’t either without any medical intervention,” Teigen explained at Thursday’s event per Entertainment Tonight.

In the past, when speaking about her loss, the cookbook author labeled it a pregnancy loss, though at Thursday’s event she clarified for the first time that she had had a life-saving abortion.

“Let’s just call it what it was: It was an abortion,” she said. “An abortion to save my life for a baby that had absolutely no chance. And to be honest, I never, ever put that together until, actually, a few months ago.”

The model noted at the event that it was her husband, John Legend, who first acknowledged what had happened following the Supreme Court’s decision to overturn Roe v. Wade earlier this year.

Never miss a story — sign up for PEOPLE’s free daily newsletter to stay up-to-date on the best of what PEOPLE has to offer, from juicy celebrity news to compelling human interest stories. 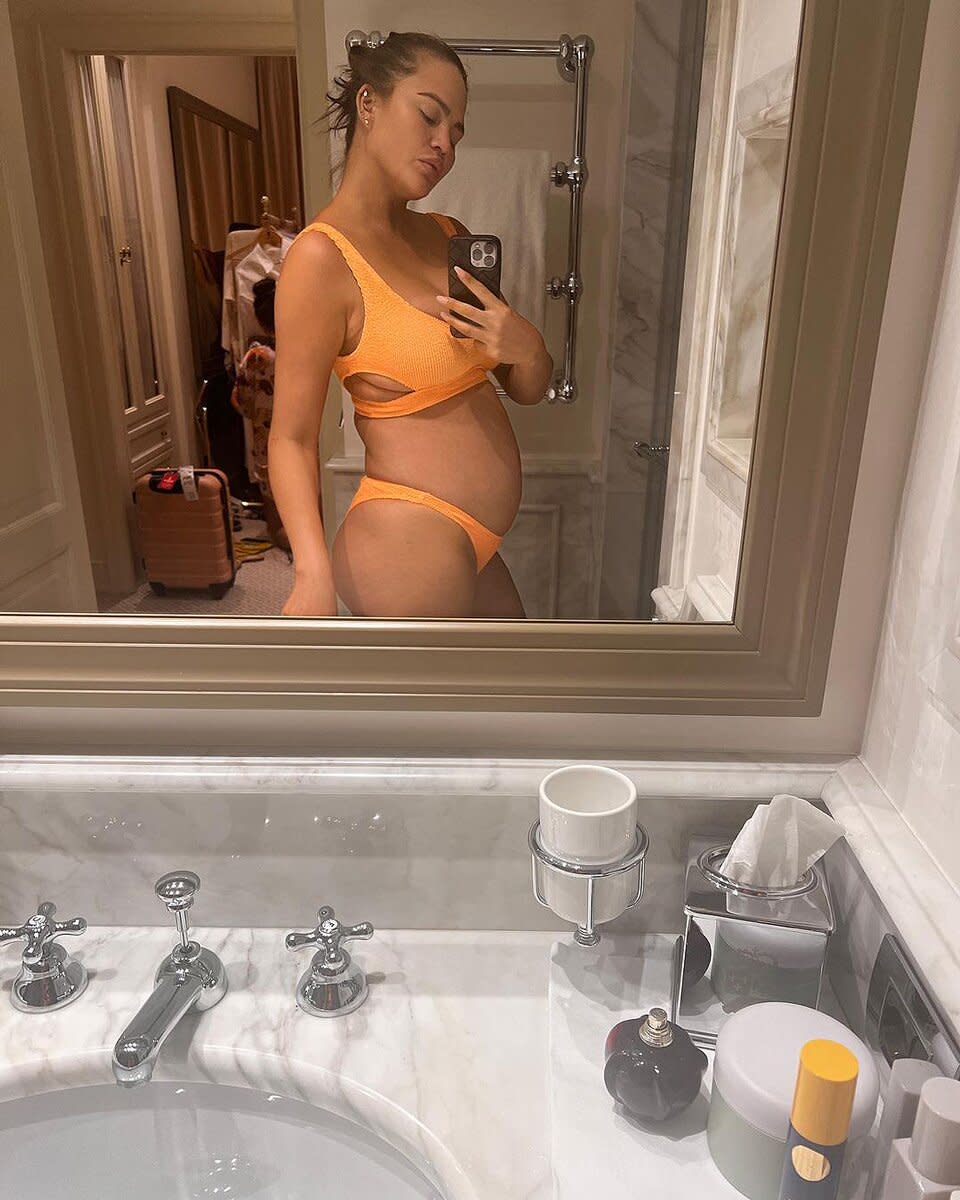 The model opened up about losing Jack at 20 weeks due to partial placenta abruption and her decision to post photos of her grieving his loss on social media in a moving essay for Medium in 2020.

“I had asked my mom and John to take pictures, no matter how uncomfortable it was,” she wrote. “I explained to a very hesitant John that I needed them, and that I did NOT want to have to ever ask. That he just had to do it. He hated it. I could tell.”

She added at the time: “I cannot express how little I care that you hate the photos. How little I care that it’s something you wouldn’t have done. I lived it, I chose to do it, and more than anything, these photos aren’t for anyone but the people who have lived this or are curious enough to wonder what something like this is like. These photos are only for the people who need them. The thoughts of others do not matter to me.”

Last month, Teigen announced on social media that she and the “All of Me” singer are expecting a rainbow baby.

“​​The last few years have been a blur of emotions to say the least, but joy has filled our home and hearts again,” she captioned the snaps, which saw her sporting a crop top and lace underwear. “1 billion shots later (in the leg lately, as u can see!) we have another on the way.”

Teigen admitted that she had fears about the pregnancy after the loss of Jack. “Every appointment I’ve said to myself, ‘ok if it’s healthy today I’ll announce’ but then I breathe a sigh of relief to hear a heartbeat and decide I’m just too nervous still,” she said.

“I don’t think I’ll ever walk out of an appointment with more excitement than nerves but so far, everything is perfect and beautiful and I’m feeling hopeful and amazing,” Teigen continued. “Ok phew it’s been very hard keeping this in for so long!”