Prince Andrew was the Queen’s ‘favourite child’, according to royal experts 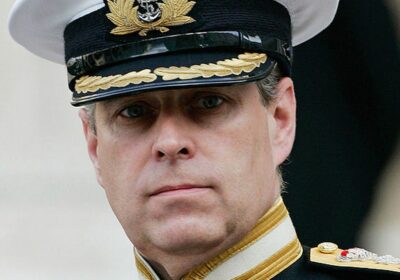 The UK has been plunged into a national period of mourning following the death of Queen Elizabeth II.

The 96-year-old monarch passed away on September 8 at her beloved Scottish home in Balmoral Castle.

King Charles III immediately took over his mother's role as monarch, but according to Royal experts, he wasn’t the favourite child of the Royal Family.

Prince Andrew has long been considered the Queen's favourite, though he has since faced controversy for his alleged connections to Jeffrey Epstein and has moved away from the public eye as a result.

The royal has been spotted at a few recent events during the national period of mourning following his mother's death, and he will be in attendance at the state funeral.

Here is everything you need to know about why experts believe Prince Andrew was the Queen's favourite.

Prince Andrew was born seven years into the Queen’s reign, in the year 1960.

Due to her sudden rise to Head of State, she was unable to spend as much time with King Charles and Princess Anne as she would have liked.

However, when Andrew came into the world, her schedule was far less hectic, allowing her to be with him more regularly.

In an interview on CNN, royal commentator Richard Fitzwilliams explained: “When Prince Charles and Princess Anne were born, the Queen wasn’t able to spend the time with them that she would have wished to.”

He added that the Queen “was able to give him more attention and Andrew was someone with whom she's had a particular affinity.”

Experts from the Telegraph also agreed, with one explaining his education played a role in the relationship.

He studied at Heatherdown Preparatory School, near Ascot, which meant “they could be educated nearer to Windsor Castle”.

The royal expert continued: “The Queen made time for those children. She used to turn up at the school with one bodyguard and drive herself sometimes.

“She would attend sports days and various matches.”

Later in life, Andrew followed his father’s footsteps and joined the Navy in 1979.

He trained as a helicopter pilot and saw action during the Falklands War, meaning he returned to the UK as a hero, something that made the Royals proud.

Royal expert Katie Nicholl told The Mirror: “He came back a hero and was very much the golden boy of the royal family.”

What has happened to Prince Andrew?

The Duke of York is being sued in New York by Virginia Roberts Giuffre, who has alleged that she was sexually assaulted by Prince Andrew 20 years ago during her teenage years.

Giuffre claims she was trafficked to the Queen’s son by convicted sex offenders Jeffrey Epstein and Ghislaine Maxwell when she was 17 years old. This would make her a minor in US law.

Prince Andrew has denied the allegations against him.

After his connections to billionaire paedophile Jeffrey Epstein came forward, the Queen stripped him of his Royal titles, including the use of HRH.