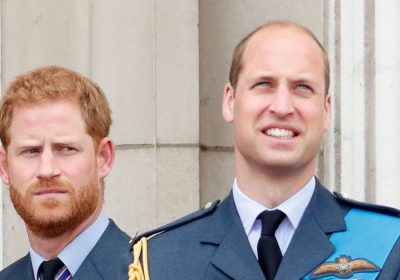 Prince Charles and Prince William are reportedly "saddened" by Prince Harry and Meghan Markle's decision to be interviewed by US TV host Oprah Winfrey.

A Palace source claimed the duo have been left feeling "saddened" and feel they tried to heal the royal rift.

The Duke and Duchess of Sussex's chat with Oprah will air in the US on Sunday evening, before ITV show it on Monday UK time.

The Queen will reportedly not watch the talk, during which Meghan will accuse "the Firm" of "perpetuating falsehoods".

But a Palace source told DailyMirror: “The ­overriding feeling throughout this whole sorry saga is one where many people, especially the Prince of Wales and Duke of Cambridge, have been left immensely saddened.

“There is a distinct feeling inside the camp there must have been a better way to solve the issues by coming together, rather than the nuclear ­decision that has resulted in ­everything being discussed so publicly and without reason.

“When all is said and done, no one is likely to come off smelling of roses.”

Another source added: “The family do feel Meghan and Harry were given a lot of support, but of course ­questions will be raised as to what else could have been done to smooth the transition for them.

"A lot of the feeling is that Harry didn’t necessarily explain to her it was a marathon and not a sprint, before they both got totally carried away with thinking everyone was against them.

“There will always be a willingness to repair the relationships, even though they are pretty shattered, but first everyone needs to take a step back to try to understand why it came to this.”

Senior royals have called for calm after the much-anticipated ­interview which was heavily teased last week to ensure maximum impact.

Oprah asked Meghan how she felt about the Palace hearing her “speak your truth today”.

The 39-year-old former actress replied: “If that comes with risk of losing things, I mean… there is a lot that has been lost already.”

She also told how she refused to be “silent” due to the “active role that the Firm is playing in perpetuating falsehoods” about her and Harry.

And the Duchess said she felt ­“liberated” after leaving the Royal Family after just 20 months.

Meghan claimed she was stopped from doing an interview with Oprah before her wedding to Harry, 36, in May 2018, alleging Palace aides even listened in on her call.

Both allegations have been dismissed as “absolute nonsense” by Palace sources.

Meghan’s TV chat came just days after the Palace launched an ­investigation ordered by the Queen into claims she bullied her staff.

Harry revealed he feared “history repeating itself” – a reference to his mother Diana’s turbulent relationship with the Royal Family. The Duke told Oprah the process of leaving royal life has been ­“unbelievably tough” for him and his wife.

Aides had branded the TV chat a “circus” while insisting the Royal Family were much more concerned with the Duke of ­Edinburgh, who continues to recover from a heart procedure last week.

It is understood senior royals were dismayed at Harry and Meghan’s ­decision to proceed with the ­interview, given both Harry’s parents had engaged in a war of words on the BBC 25 years ago with disastrous ­consequences.

Princess Diana’s shock admission of ­adultery being committed by both sides, and her lifting the lid on life within the family, was watched by more than 22 million people in Britain – a record at the time.

The latest interview was filmed at the California home of billionaire Oprah’s best pal and ­broadcaster Gayle King.

And it is expected to be watched by a global television audience of tens of millions of viewers as it is screened in 68 ­countries.

Millions of Brits will tune in to ITV at 9pm tonight, after the ­broadcaster paid a reported £1million for the secondary rights.