The family of William Green—a Black man who was shot by an officer multiple times while sitting in the front seat of a police cruiser with his hands handcuffed behind his back—and Prince George’s County, Md. have reached a settlement agreement, with the county agreeing to pay Green’s family $20 million.

According to the Washington Post, the payment is believed to be one of the largest one-time settlements involving someone killed by police.

“I agree with County Executive [Angela] Alsobrooks that this historic settlement shows that the Black life of William Green and the Black lives of his grieving mother, son and daughter truly matter,” Baltimore-based attorney William Murphy, who is representing the family, told the Post in an interview. “Black lives matter.”

During a news conference on Monday, Alsobrooks acknowledged that former Cpl. Michael Owen Jr. was the first officer in the county’s history to be charged with murder for a killing while on duty.

A police report noted that there was no evidence of any fight between Owen and Green before the officer killed him.

“I am deeply sorry for your loss,” Alsobrooks told Green’s mother and adult daughter and son who were also present at the news conference.

Green was killed on Jan. 27. Officers were responding to a traffic accident when they encountered Green sitting in his vehicle nearby. Believing Green to be impaired, officers removed him from his car, handcuffed him behind his back and put him in the front passenger seat of Owen’s cruiser while they waited for a drug recognition expert to arrive on the scene.

Owen, who is also Black, was not wearing his body camera at the time of the fatal shooting but claimed that he feared for his life because Green reached for his weapon.

Owen fired seven shots at Green, six of which hit the 43-year-old who was still handcuffed in the front seat. 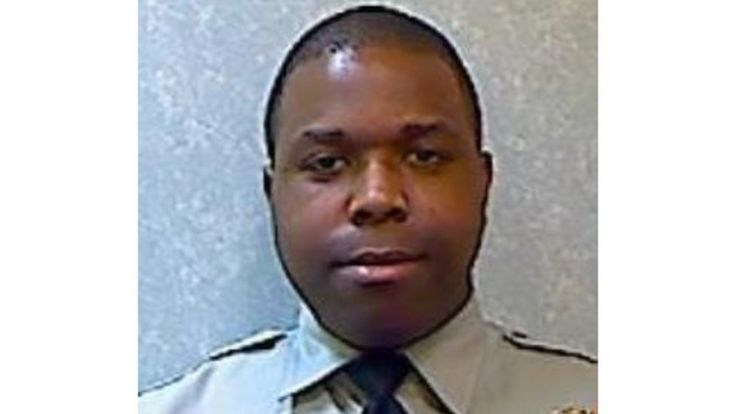 No evidence was found that Green. was ever a real threat, and, in fact, an investigation by the Post showed that Owen had been flagged by the police department’s early-warning system after using force twice in quick succession in the summer of 2019, although his supervisors were not formally made aware of the matter until January.

Owen also has a troubling history of use of force, including twice in 2019 where he was recorded on video arresting people with his hands on their neck.

In 2011, he fatally shot Rodney Deron Edwards, who, according to the police department’s written account, pulled a gun on Owen.

Owen’s trial in Green’s case is scheduled to start in March 2021. He is facing charges of second-degree murder.