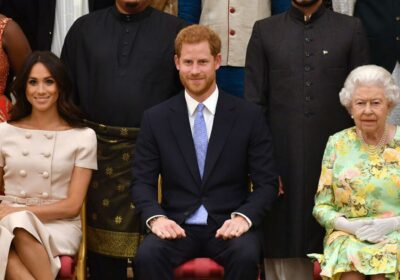 Prince Harry and Meghan Markle are flying to Scotland to be with the Queen.

The Duke and Duchess of Sussex were due to attend the WellChild Awards ceremony in London on Thursday evening, but have changed their plans to travel to see the Queen.

“The Duke and Duchess of Sussex will be travelling to Scotland”, a spokesperson for the couple said.

Prince Harry and Meghan Markle have recently been in Germany for the one-year countdown to the beginning of the Invictus Games.

Her Majesty the Queen will remain under medical supervision after palace doctors confirmed they remain concerned for her health.

Prince Charles, Camilla and Prince William have all travelled to Balmoral Castle, Aberdeenshire where the Queen always spends her summers, according to Clarence House and Kensington Palace.

All of the Queen's children are now understood to be with her.

Fears for Her Majesty's health intensified on social media following snaps of her meeting with Liz Truss on Tuesday which prompted questions about what appeared to be a dark blue bruise on her hand.

The news comes after a Palace spokesperson said: "Following further evaluation this morning, the Queen's doctors are concerned for Her Majesty's health and have recommended she remain under medical supervision. The Queen remains comfortable and at Balmoral."

Tributes from MPs have poured in, including from Prime Minister Liz Truss and Labour Leader Keir Starmer.

The prime minister said in a tweet: "The whole country will be deeply concerned by the news from Buckingham Palace this lunchtime.

''My thoughts – and the thoughts of people across our United Kingdom – are with Her Majesty The Queen and her family at this time.'' Following the announcement of the Queen's health situation, the Royal Family's official website crashed, presumably overloaded with people flocking to find out what was going on.

It is understood the BBC has postponed its schedule until later today following the news.

The Labour leader, Sir Keir Starmer, said in a tweet: "Along with the rest of the country, I am deeply worried by the news from Buckingham Palace this afternoon.

"My thoughts are with Her Majesty The Queen and her family at this time, and I join everyone across the United Kingdom in hoping for her recovery."

Harry and Meghan had been staying at Frogmore Cottage during their `brief trip to Europe.