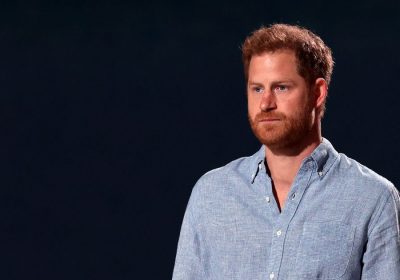 Prince Harry has hit back at claims he used his HRH title on daughter Lilibet's birth certificate – despite being told not to use it by the Queen.

Earlier reports on Friday, June 25, by TMZ show what appear to be a copy of the document which lists Harry's first name as "The Duke of Sussex" and his last as "HRH".

Harry and his wife Meghan Markle announced on January 8 last year that they would step back from senior positions within the Royal Family following talks at Sandringham with Prince Charles, Prince William and the Queen.

Meghan and Harry have since relocated with their son Archie Harrison to California, having spent the intervening period living in Canada, in hopes of a more private lifestyle.

The couple were told not to use their HRH titles following the bombshell announcement.

Buckingham Palace said they were allowed to keep the titles but should never use them as they were "no longer working royals".

And so there was widespread outcry following the use of "HRH" on baby Lilibet's birth certificate – but there was actually a very simple explanation for its inclusion.

It is common for "His (or Her) Royal Highness" to appear in the name and surname section of birth certificates and this has been the case with Prince William and all of his children – as well as Harry.

Following their decision to step away from their royal duties in January 2020, The Queen said she was "pleased that together we have found a constructive and supportive way forward for my grandson and his family".

"Harry, Meghan and Archie will always be much loved members of my family," the statement continued.

In a separate statement, Buckingham Palace said: "The Sussexes will not use their HRH titles as they are no longer working members of the Royal Family."