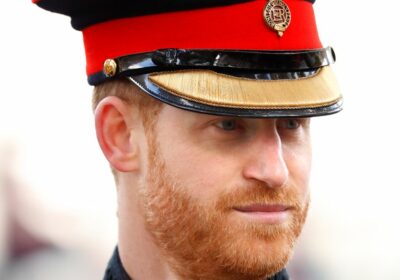 Prince Harry will not be allowed to wear military uniform at the Queen's final vigil, however disgraced Prince Andrew will be.

Earlier today it was revealed that Andrew would not be wearing uniform at ceremonial events during the period of mourning, except for the vigil at Westminster Hall.

This is reportedly a special mark of respect.

Working members of the Royal Family will be permitted to wear military uniforms at five ceremonial events – the Service of Thanksgiving at St Giles’ Cathedral, Edinburgh, the procession to Westminster Hall and service of prayer and reflection, the Vigil at Westminster Hall, the state funeral at Westminster Abbey and the Committal Service at St George’s Chapel Windsor.

In 2019, Andrew stepped down from working royal duties following scrutiny over his relationship with Jeffrey Epstein.

Harry and Meghan Markle decided to step back from their roles as working royals in January 2020 before jetting off for a new life in the US.

It was initially unclear whether Harry would be given dispensation to wear uniform at the vigil, like his uncle Andrew has been.

However, he and Meghan's biographer Omid Scobie has said that isn't going to be the case.

He tweeted: "I understand that, unlike Prince Andrew, Prince Harry will NOT be allowed to wear uniform at the final vigil in Westminster Hall.

"No doubt a huge blow for the Duke of Sussex, who served for 10 years and this morning spoke of the Queen being his 'commander-in-chief'."

Harry served two tours of duty in Afghanistan during his decade in the British Army.

He lost his honorary military titles after deciding to step down as a senior working royal.

For Prince Philip's funeral last year, the Queen decided to resolve the tensions around which royals would wear uniforms by making them all wear civilian dress.