His Royal Highness Prince Louis of Cambridge has become the fifth in line to the throne.

The Duke and Duchess of Cambridge’s third child – a younger sibling to Prince George and Princess Charlotte – is now the Queen and the Duke of Edinburgh’s sixth great-grandchild.

Following the baby’s arrival, Prince Harry shifts down the line of succession to sixth place.

The Duke of York, who was born second in line, has moved to seventh and Princesses Beatrice and Eugenie to eighth and ninth.

Andrew falling out of the top six means he will no longer have to ask the Queen for permission to marry – unlike Charles, William, George, Charlotte and Harry.

The first six people in the line of succession must have the Queen’s consent before they can marry on May 19, as set out by the Succession to the Crown Act 2013.

The act’s introduction also saw sex removed as a determining factor in the line of succession.

It has also been claimed that the royal baby has been born a commoner.

Royal historian Marlene Koenig told Town and Country: ‘It sounds complicated, but in the UK, the only people who are not commoners are the Sovereign and peers of the realm, (people with titles like) Duke, Marquess, Earl, Viscount, and Baron.’ 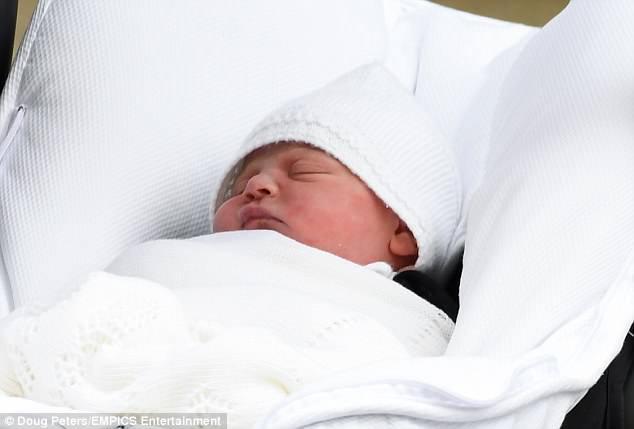 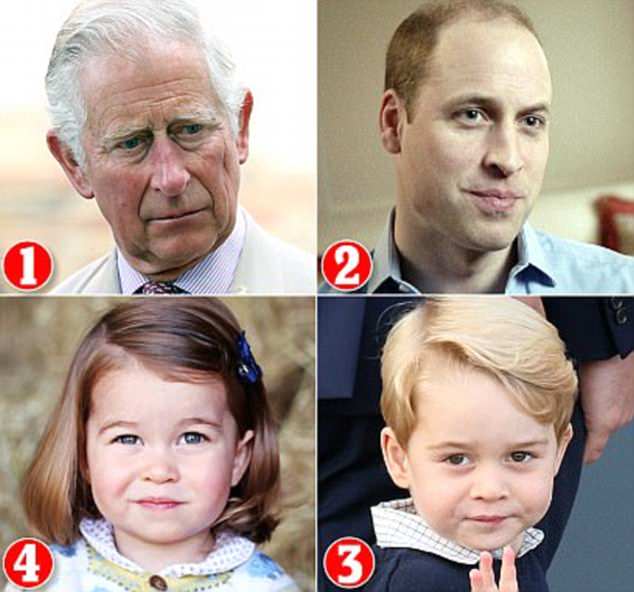 The child will change the current line of succession, but the first four in line will stay the same

It was always thought that William and Kate would go on to have three children.

Kate is one of three and had a happy home life with her sister, Pippa Matthews, and brother, James Middleton, and is close to both of her siblings.

But William may need to adjust to caring for a newborn once again.

Kate joked in the months leading up to her due date that her husband was ‘in denial’ about having a third.

By having more than two children, William and Kate are following in the footsteps of the Queen and the Duke of Edinburgh, who went on to have four children – although there was a gap of 10 years between their second child, Anne, and third, Andrew.

As a sibling to both future king George and ‘spare to the heir’ Charlotte, the new baby is unlikely ever to be crowned sovereign.

The Duke of York is the Queen and the Duke of Edinburgh’s third child, but when Andrew was born in 1960 he leapfrogged his older sister, Princess Anne, in the line of succession.

The Cambridges’ third child will no longer be allowed to jump ahead of older sister Charlotte in the line of succession.

But a radical shake-up of the royal succession rules removed discriminatory male bias and came into force in March 2015, affecting babies born after October 28 2011.

The Succession to the Crown Act 2013 has already affected the Duke of Gloucester’s granddaughters, Senna Lewis and Lyla Gilman, whose younger brothers, born in 2012, now follow them in the line of succession.

The new baby will be a prince or princess thanks to the Queen, who stepped in ahead of Prince George’s birth to ensure all William’s children would become HRHs with fitting titles.

The Queen issued a Letters Patent under the Great Seal of the Realm in December 2012 when Kate was just a few months pregnant, declaring ‘all the children of the eldest son of the Prince of Wales should have and enjoy the style, title and attribute of Royal Highness with the titular dignity of Prince or Princess prefixed to their Christian names or with such other titles of honour’. 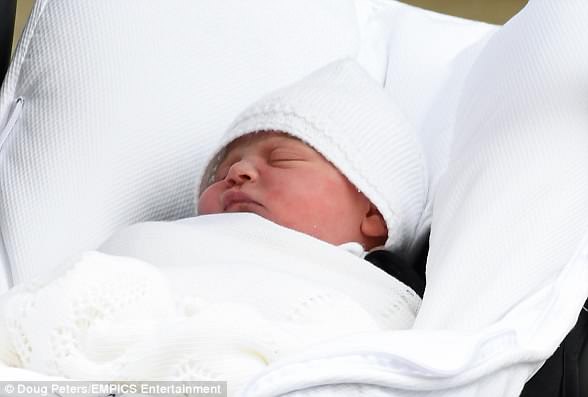 The newest member of the royal family has been named Louis Arthur Charles.

The baby will be known as His Royal Highness Prince Louis of Cambridge. 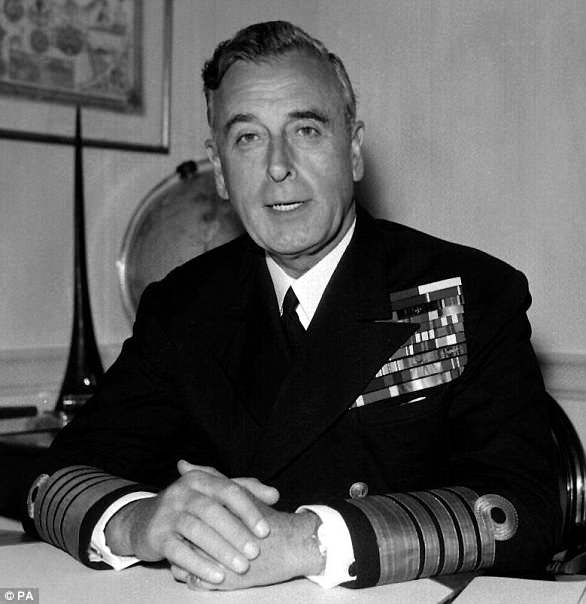 Lord Louis Mountbatten, who was a British statesman and naval officer 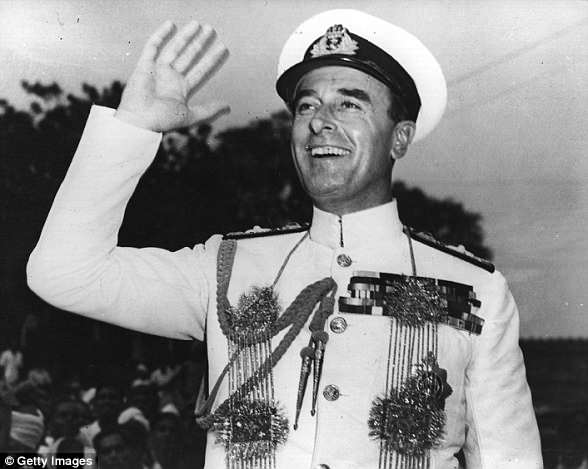 Lord Louis Mountbatten , the last Governor General from Britain waving a cheery farewell to the crowds in Delhi 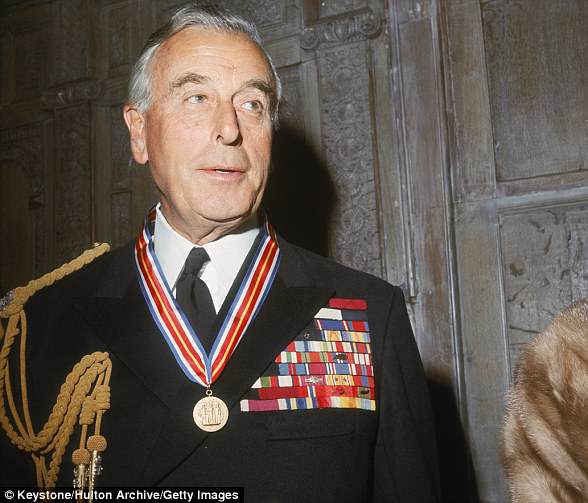 The name is also shared by Louis Tomlinson, the singer-songwriter from One Direction. The 26-year-old was born in Doncaster before joining the boyband, who went onto worldwide fame after appearing on the X-Factor.

He later appeared as a guest judge on the show before launching a number of solo projects. He has a son with now-ex-girlfriend Briana Jungwirth.

Louis Armstrong was a world-renowned musician and singer, perhaps best known for his rendition of What a Wonderful World.

Born and raised in New Orleans, USA, his instantly recognisable gravelly voice and unparalleled trumpet skills saw him rise to prominence in the jazz scene during the 1920s.

He enjoyed a long career spanning five decades, culminating with his induction into the Rhythm & Blues Hall of Fame in 2017.

Louis Vuitton was a French fashion designer who lived from 1921 to 1892. He went from poverty in rural France and trekked into Paris before becoming the apprentice to a box-maker.

He later launched his own brand and was hired as personal box maker and packer to the Empress of France, under Napoleon III. Since his death, a fashion brand bearing his name has become a global brand.