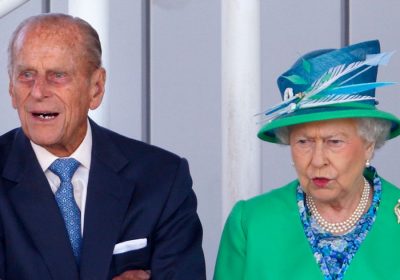 He has been the unwavering support for the Queen for more than 70 years.

But Prince Philip is not considered a King due to royal rules.

He even had to ditch his Greek and Danish titles to become the Duke of Edinburgh.

So why didn’t he become King?

In a nutshell, if the reigning monarch is female her husband can’t be called king as it would mean he would outrank her.

He is instead the Prince Consort.

On February 22, 1957 the Palace issued a statement saying: “The Queen has been pleased by Letters Patent under the Great Seal of the Realm bearing date 22nd February, 1957, to give and grant unto His Royal Highness the Duke of Edinburgh, K.G., K.T., G.B.E., the style and titular dignity of a Prince of the United Kingdom of Great Britain and Northern Ireland, Whitehall.

But this rule does not apply to royal wives. The wife of a British monarch is given the title of queen.

Elizabeth’s mother became queen consort when her husband was King George VI and Kate Middleton, the Duchess of Cambridge, will most likely be Queen Catherine when William becomes King and so on.

The Palace has stated that Camilla will not become Queen and will be known as HRH The Princess Consort when Prince Charles becomes King.

It saw him give up the fight for his ­children to carry his surname, Mountbatten.

“I am the only man in the country not allowed to give his name to his ­children,” he once ranted followed by these six savage words: "I’m nothing but a bloody amoeba."

Before he married the Queen in 1947 he was called Prince Philip of Greece and Denmark of the House of Schleswig-Holstein-Sonderburg-Glücksburg.

He later adopted the name Mountbatten after his grandparents.

And he assumed when Prince Charles was born he would take on the surname in the traditional way. But the then-Prime Minister Winston Churchill didn't agree. He wanted them to continue to use the name Windsor which was the official Royal Family surname after being introduced by the Queen's father.

The Queen's grandmother Queen Mary felt the same that their surname should take precedence, and it caused such a row that the matter was even discussed in Parliament.

In the end, the Queen made the decision to go with her family's views, and the name Windsor was used.

A comprise was later made on February 8, 1960 when the Queen declared that she had adopted the name Mountbatten-Windsor.

The Queen and Philip decided that they would like their own direct descendants to be distinguished from the rest of the Royal Family without changing the name of the Royal House.

Those with the surname include Meghan Markle and Prince Harry's son Archie.

Royal expert Penny Junor said of Meghan and Harry's decision to give Archie the surname: "I would think the Duke of Edinburgh would be absolutely thrilled with that.

"Archie is a lovely name, but the fact that they've chosen to call him Mountbatten-Windsor.

"Prince Philip was never allowed to call his children by his own surname.

"I think that's a really nice tribute to Harry's grandfather."