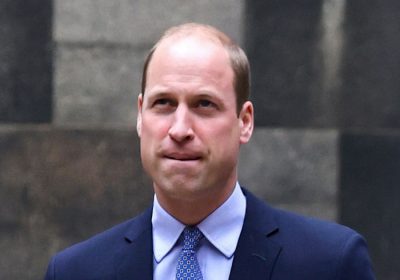 Prince William is "modelling himself on the Queen" and "doesn't feel trapped at all" by the Royal Family, a royal expert has claimed.

The Duke of Cambridge, 38, was accused be struggling with life as a senior royal by his brother Prince Harry during his and wife Meghan Markle's sensational interview with Oprah Winfrey in March.

During the bombshell TV tell-all, the Duke of Sussex, 36, claimed both William and dad Prince Charles felt "trapped" by the rigours of the monarchy.

But, according to royal biographer Penny Junor, who wrote Prince William: The Man Who Will Be King, the allegation couldn't be further from the truth.

In fact, she believes William is "embracing" his role within the British monarchy and accused Harry of getting his explosive allegation "absolutely wrong."

"I think he absolutely gets what his destiny is and he is embracing it," she told The Sun. "He is modelling himself on his grandmother the Queen."

When I asked to clarify his accusation, Harry replied: "Trapped within the system, like the rest of my family are.

"My father and my brother, they are trapped. They don't get to leave."

In his latest five-part AppleTV+ docuseries The Me You Can't See, Harry also blasted The Firm for showing "total silence" and "neglect" for his and Meghan's mental wellbeing after revealing his wife felt suicidal as a working royal.

The duke discussed how he turned to booze and drugs to overcome the trauma of the death of his mum Princess Diana.

He also accused Charles of making him "suffer" when he was a kid, but refused to be "bullied into silence".

Harry, who now lives in the US with his wife and son Archie, opened up about how one of the "biggest reasons" for his leaving the UK was because he and Meghan felt abandoned by his family.

"Certainly now I will never be bullied into silence," he told Oprah.

"I thought my family would help, but every single ask, request, warning, whatever it is, just got met with total silence, total neglect.

"We spent four years trying to make it work. We did everything that we possibly could to stay there and carry on doing the role and doing the job. But Meghan was struggling."

He continued: "That feeling of being trapped within the family, there was no option to leave.

"Eventually when I made that decision for my family, I was still told, 'You can't do this'. And it's like, 'Well how bad does it have to get until I am allowed to do this?'. She [Meghan] was going to end her life. It shouldn't have to get to that."