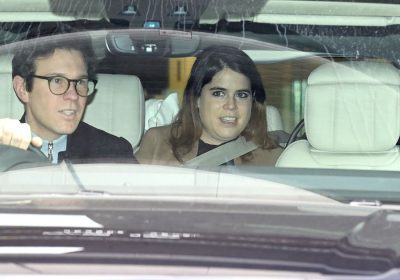 Princess Eugenie is “doing really well” after having a C-section and her baby boy is a “complete dream”, a royal source has said.

Eugenie broke the news on her Instagram account and shared an adorable black and white photo of her child’s hand, her first with husband Jack Brooksbank.

She required a C-section after battling scoliosis for most of her life, a source told People.

However, Eugenie "sounded very content and said the baby is a complete dream!"

The child has yet to meet the Duke of York and grandmother Sarah Ferguson due to coronavirus restrictions, the source added.

The baby is 11th in line to the throne, and the latest addition to the royal family means the Queen and Philip's youngest son the Earl of Wessex, who was third in line when he was born in 1964, has moved down to 12th place in the line of succession.

Announcing the pregnancy on behalf of the couple back in September, Buckingham Palace said: "Princess Eugenie and Jack Brooksbank are "very pleased" to announce that they are expecting a baby in early 2021."

The Queen and the Duke of Edinburgh were "delighted with the news," the palace added at the time.

Leading UK bookies Ladbrokes revealed last month that Arthur and Grace were the leading baby names for the child, both at 6/1, depending on gender.

But slightly more out there options also in the running include Arabella, at 7/1, and Tarquin, at 12/1.

The Duchess of Sussex also gave birth at Portland Hospital, before she and Harry headed back to Frogmore Cottage in Windsor.

Since the pair’s move to the US, Eugenie and Jack have taken up residence there.

A source earlier told People: “They are delighted to be able to open up their home to Princess Eugenie and Jack as they start their own family."