IT programmer killed himself after getting tinnitus ‘from headphones’ IT programmer killed himself after developing tinnitus that kept him awake for nights on end after he used a pair of Bose headphones, inquest hears 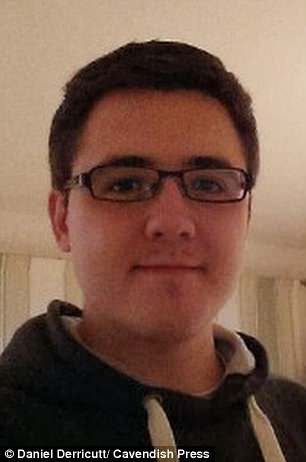 Daniel Derricutt was found dead after complaining about tinnitus he suffered, he said, following use of a set of headphones. A coroner has ruled his death was suicide

An IT programmer killed himself after he developed the ear condition tinnitus due to him wearing headphones, an inquest heard.

Daniel Derricutt, 28, suffered sleepless nights due to the constant ringing in his ears and told a friend it only started when he bought a pair of Bose earphones to listen to music, it was said.

Mr Derricutt, who was studying an Open University computer science course, was found hanged at his home in Crewe, Cheshire last November.

His best friend Joshua Johnson told a coroner that Mr Derricutt had been complaining the hearing condition, which affected him like a ‘nagging toothache.’

Mr Johnson said: ‘We used to have game parties, where a group of us would get together with our laptops and play games.

‘We hung out together a lot. He enjoyed his work. He was ambitious and driven. He loved programming. We were learning German together at evening classes with a view to going to Berlin or the Formula 1 races one day and speaking it conversationally. That was the goal.

‘He did have issues with his tinnitus. He said he had this ringing in his ears and it was annoying. He described it like a toothache, sort of a nagging pain. It didn’t start until he got some Bose headphones. He said that’s what had caused his ears to ring and he sold them a month after he got them. This was in May. 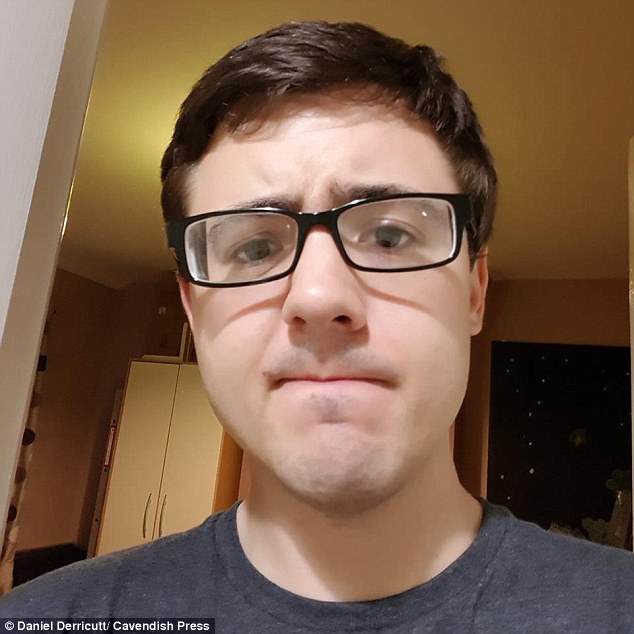 A friend of Mr Derricutt, who was a talented computer programmer, said he suffered tinnitus ‘like a nagging toothache’. His father said he also had an eye condition

Mr Johnson added: ‘Other earphones were fine and he didn’t listen to particularly loud music. I didn’t know he was having sleep problems, he just looked tired sometimes.. He was well liked by all of his friends.

‘The last time I saw him we watched a TV programme together and ordered a pizza then he moseyed off home. I’ve gone over it in my head, over and over again, and there was no signs at all, he showed no intention to end his life and appeared to be fine.’

Daniel’s father Frederick Derricutt said: ‘He spent a lot of time with his friend Josh, he had his own room at his house. They went to the cinemas, they went to London, played video games together, he had a lot of people around him and always saw his friends at the weekend.

‘He worked in marketing and IT and he was doing a computer science course with Open University. He loved his work and wanted to get the qualifications to improve.

‘Daniel had an eye condition, his eye balls were pyramid shaped and would often change shape, making it difficult and uncomfortable when he had contacts, but we were told they would stabilise by the time he reached 30.

‘He also had tinnitus and that distressed him. It was keeping him awake at night, he was down in the dumps about it. He wasn’t one to cause a fuss about something so he kept it to himself.

‘The last time I saw him was at a family Christening on 26th November he said he was ill because he was so tired. He looked really tired, more than normal.’ 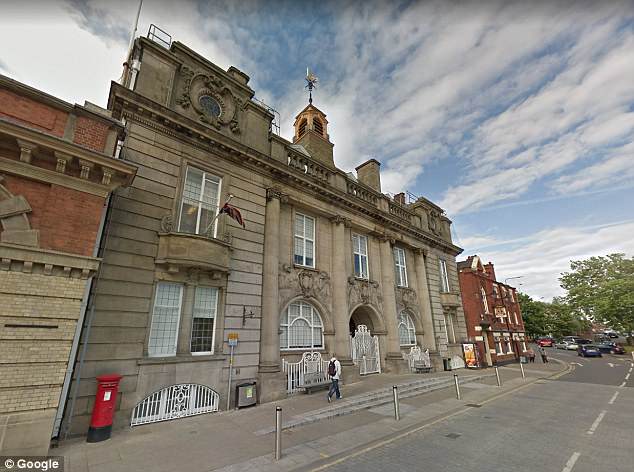 His father said: ‘He was very driven. He would go to work then come home and do uni work, then go and see his friends. After the Christening I dropped Alex off at the house and we checked on Daniel, I asked him if he was alright, he just said ‘I’m tired’ and he went back to bed.

‘He didn’t have any mental health issues, he never took drugs or smoked and he never expressed any thoughts of self harm or suicide. It was a complete shock.’

The hearing was told Daniel left no suicide note and tests showed no drugs or alcohol in his system.

Police found attempts had been made to prevent people seeing into the house before Mr Derricutt was found dead by a friend.

Recording a conclusion of suicide, Coroner Adam Fullwood said: ‘There was an element of planning… whilst there is no evidence at all that he was self harming or considering taking his own life, on that day I believe he did have the intention to take his own life. We will never know why.

‘This is a devastating and tragic case. I want to express my sincere condolences to all of his friends and family and wish you the best in moving forward.’

For confidential support in the UK, call the Samaritans on 116123 or visit a local Samaritans branch, see samaritans.org for details.

Causes of tinnitus and treatments

Tinnitus is often associated with:

However, around one in every three people with tinnitus doesn’t have any obvious problem with their ears or hearing.

If an underlying cause of your tinnitus can be found, effectively treating it may help improve your tinnitus – for example, removing a build-up of earwax might help.

If a specific cause can’t be found, treatment will focus on helping you manage the condition on a daily basis. This may involve: