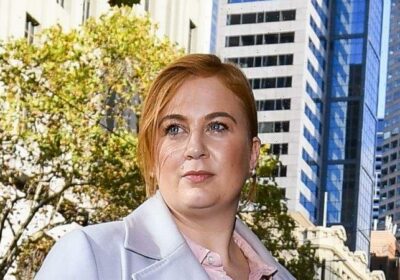 The head of one of Victoria’s most prominent industry groups has resigned after allegedly making racially insensitive jokes at a gala dinner in June.

Danni Hunter, executive director of the Property Council of Australia’s Victorian division, was on leave for weeks after apologising to staff in the days after remarks made at an event hosted by the council at Crown in late June. 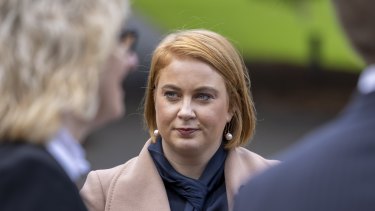 Two sources familiar with the matter confirmed Hunter had reached an agreement to depart the organisation this week and confirmed that a staff member who was offended by the remarks, which Hunter intended to be humorous, quit partly in response to Hunter’s behaviour.

The Age has chosen not to publish the two racially insensitive comments to protect the privacy of the people involved.

The council released a statement on Tuesday night saying it had accepted Hunter’s resignation.

“We thank Danni for her strong advocacy and contribution during her time with the organisation and wish her well for her future,” the statement said.

“Danni has made the decision to tender her resignation due to the stress and publicity that has surrounded recent events.”

The Property Council of Australia is one of Australia’s pre-eminent bodies representing property developers and builders.

The Victorian division has been destabilised by the controversy, which was first reported in The Age last week. Senior managers from the national office in Sydney flew to Melbourne two weeks ago to speak to staff about the matter.

Council chief executive Ken Morrison wrote to property companies affiliated to the peak body arguing it was “completely inaccurate” to suggest that the complaint was handled slowly or inappropriately. However, he admitted it would have been optimal to communicate with member organisations before media outlets reported the incident.

“I want to make clear from the very outset that we have taken this matter very seriously,” Morrison said in an email obtained by The Age. “Danni has taken responsibility for the impact of her conduct and has provided a full apology, and I have also applied a number of other strong and appropriate consequences.

“The person who raised the matter was at all times treated with respect … We are also supporting Danni, who is currently on leave.”

There has been a considerable staff turnover at the Victorian branch recently, including the departure of two of Hunter’s deputy executive directors to rival organisations. The turnover is unrelated to Hunter’s comments.

Hunter, who worked for Opposition Leader Matthew Guy when he was planning minister in the Baillieu-Napthine government, has been touted as a future Liberal Party MP.

The corporate figure rose to one of the most high-profile peak body leadership positions at a relatively young age.

Her relationship with the Andrews government deteriorated during the pandemic when she was a forceful critic of some government lockdown policies that contributed to financial losses for the council’s member companies deprived of rental income as people worked from home.

The relationship reached its nadir during a debate over a Victorian government proposal to tax developers to pay for public housing in exchange for speedier planning approvals.

Premier Daniel Andrews castigated Hunter and accused her of reneging on an agreement to publicly support the tax. Hunter denies any such agreement existed.