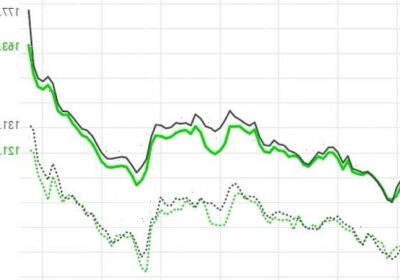 Fuel cost hits ANOTHER record high: Price at the pump climbs to highest figure ever of 167.64p a litre for petrol and 180.88p for diesel as cost of living continues to spiral

Fuel prices have soared to their highest levels ever of 167.64p for petrol and 180.88p for diesel – causing yet more misery for drivers amid the cost of living crisis.

The previous record of 167.3p for petrol was set on March 22, the day before a 5p cut in fuel duty was implemented by Chancellor Rishi Sunak.

Yesterday’s record prices – revealed by the RAC – coincided with Business Secretary Kwasi Kwarteng writing to fuel retailers ‘to remind them of their responsibilities’ amid claims they had hiked profits following the reduction in duty.

RAC analysis found retailers’ average profit margins for a litre of petrol and diesel are currently 11p and 8p respectively.

In the month up to the duty cut it was 9p for petrol and 6p for diesel.

RAC fuel spokesman Simon Williams said: ‘While the average price of both petrol and diesel would have been far higher without the historic duty cut, it’s also unfortunately the case that drivers haven’t seen the full benefit at the pumps due to major retailers upping their margins.’

He added that drivers are ‘feeling never-before-seen pain at the pumps’, which is ‘contributing to the worsening cost-of-living crisis’.

AA fuel price spokesman Luke Bosdet said: ‘Despite his best efforts, the Chancellor must feel like King Canute having tried to reverse the tide of rising pump prices.

‘At least though, he can say that UK drivers would be £2.75-a-tank even more worse off now had he not tried to take action in March.

‘He hasn’t been helped by a fuel trade that, despite a 16p-a-litre fall in petrol costs that coincided with the spring statement, couldn’t even pass on the full 5p fuel duty cut and the 1p VAT reduction that it brought with it.’

In his letter, Mr Kwarteng said the British people were ‘rightly expressing concern about the pace of the increase in prices at the forecourt’, and are ‘rightly frustrated that the Chancellor’s fuel duty cut does not appear to have been passed through to forecourt prices in any visible or meaningful way’.

‘It is also unacceptable that different locations even within the same retail chain have widely different prices,’ he wrote.

‘The Chancellor and I therefore want to re-emphasise and communicate again our expectation that members do everything possible to ensure that drivers are getting a fair deal across the country.’

The Business Secretary said that, as a result of ‘perceived intransigence to date’, his officials recently engaged the Competition and Markets Authority about the issue, and the regulator had been ‘closely monitoring the situation’.

‘I have been reassured that they will not hesitate to use their powers to act against petrol stations if there is evidence that they are infringing competition or consumer law,’ he added.

Gordon Balmer, executive director of the Petrol Retailers Association, which represents independent forecourts, said retailers’ margins were ‘often not enough to cover operating costs’ due to additional expenses such as storage and delivery.

He added that while the Chancellor announced the fuel duty cut, ‘oil prices rose and effectively cancelled out the reduction’. 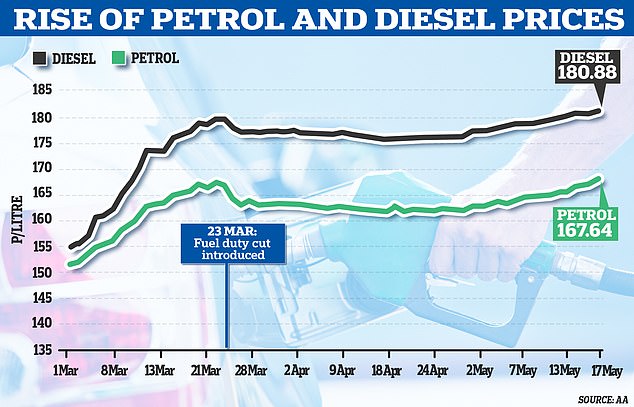