Punters ‘openly groped’ dancers and security ‘ignored ‘no touching’ rule at the iconic Windmill Theatre strip club, court hears as bosses battle to get their licence back

Dancers at one of Britain’s most iconic strip clubs were openly groped by punters as the security team ignored ‘no touching’ rules, a court heard.

The Windmill Theatre famously ‘never closed in the Blitz’ but was shut after a women’s rights group hired private investigators to snoop in the club’s VIP room.

The club remains open for business but its licence was due for renewal last month.

The Soho strip club, which uses the name Windmill International, is owned by Daniel Owide, who ran it with his father Oscar Owide until his death last December.

Mr Owide is trying to reverse the decision to refuse a licence for the club which was immortalised in Judi Dench film Mrs Henderson Presents.

Dozens of entertainment legends including Tony Hancock, Bruce Forsyth and Peter Sellers launched their careers as comedians at the club.

But investigator said punters and dancers often ignored the no touching rule.

One said: ‘I was approached by a dark haired female who was wearing a see-through dressing gown and red bra, suspender belt, and knickers an high heeled shoes. She told me her name was Summer.

‘I bought her a white wine and a Malibu and coke. She began her dance during which she removed all of her clothing until she was fully naked, as she performed she rubbed herself up and down my groin area.

‘I was approached by a tall Asian female. She was dressed in a black bra, knickers, stockings and a see-through short dressing gown.

‘She asked for a glass of champagne which I bought her, we then had a conversation where she offered me a VIP dance for £160 where I could touch her. I agreed and we went back to the VIP lounge.’ 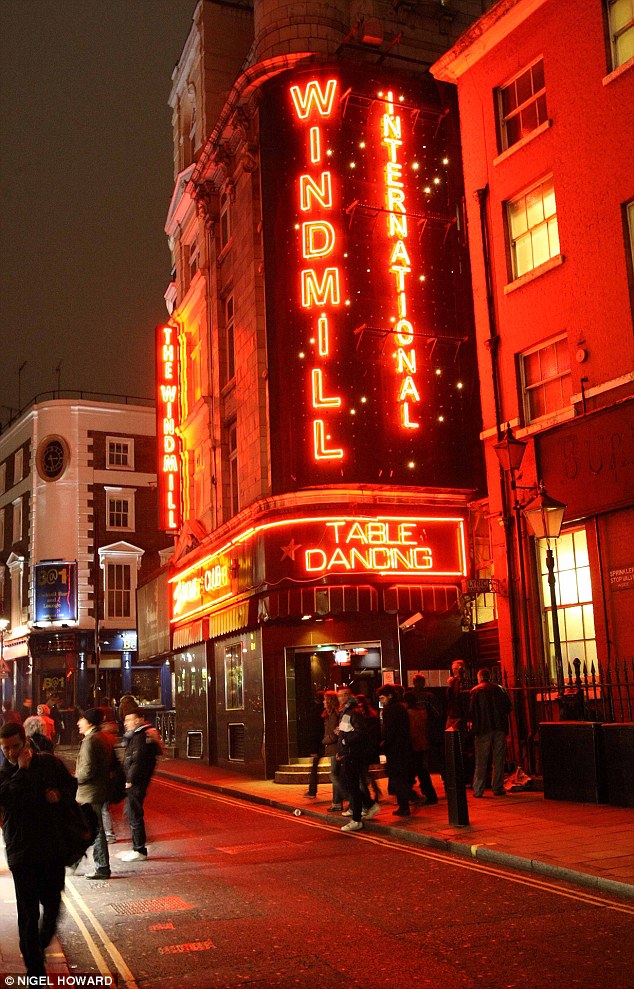 Mr Owide told the appeal at Westminster Magistrates’ Court: ‘I now have access to the CCTV footage on my mobile phone.

‘The independent security team we had at the time are no longer with us. All of the directly managed staff have been retrained.’

Mr Owide told the court his father passed away aged 85 following a long illness, around the time that the breaches took place.

He previously managed The Crazy Horse nightclub which also had difficulties with its licence, the court heard.

His barrister Philip Kolvin, QC, asked him: ‘Have you had an experience like Crazy Horse before or since?’

He replied: ‘No I have always kept a clean licence.’

Mr Owide blamed ‘untrustworthy’ security, and dancers for failing to abide by the no touching rules. 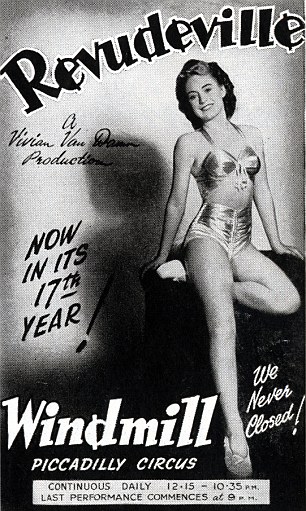 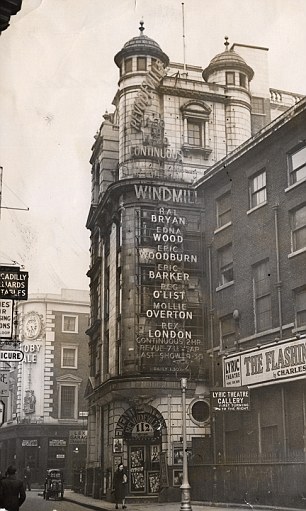 The venue was founded by Laura Henderson as a playhouse in 1931, put nude performers on stage for the first time in British history a year later and never closed in the Blitz

Andrew Bamber, an independent consultant hired by The Windmill, confirmed that many of the breaches occurred at the time of Oscar Owide’s death.

‘That’s when people were doing what they should not have been doing,’ he said. 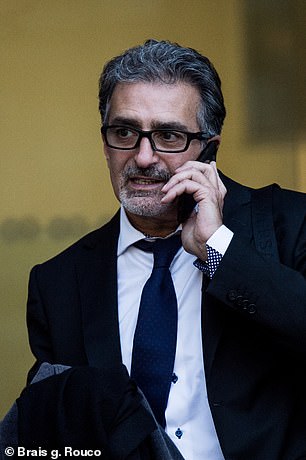 Daniel Owide pictured leaving court, where he is fighting to overturn the council’s ruling

But Glyn Franks, a licensing inspector for Westminster City Council, said there were a number of breaches in early October last year as a series of clips were shown in court.

‘I hope it will show what I believe to be breaches of the license and that members of staff were nearby. I would not call it endemic but I would call it a culture.’

‘One of the floor managers comes by. I believe he could have intervened and that was a breach of the licence.’

In another clip, after a dance involving touching between a customer and a dancer, Daniel Owide appears briefly on camera, standing outside the booth.

Footage also showed two women gyrated in front of one customer while another punter sat across from him with a dancer.

One of the club guests then placed his hand on the bottom of one of the girls.

David Mathias, for Westminster city council, told the court: ‘There is nothing in the course of this appeal to draw you to the conclusion that decision is now wrong.

‘To summarise what you have heard, that the sub-committee were unaware of; it boils down to the following in my respectful submission – you know there has been ten months trouble free, lawful, licensable activity at the premises.

‘What you also know is that these are premises according to Mr Owide that are making £30,000 a week.

‘It is simply not feasible for any licensing authority to keep monitoring licensable premises. The obligation to comply with licenses and license conditions rests solely with the licensee.

‘It is not for the license regulatory authority to continually monitor these premises. If this appeal is granted the spotlight will be lifted from these premises.’ 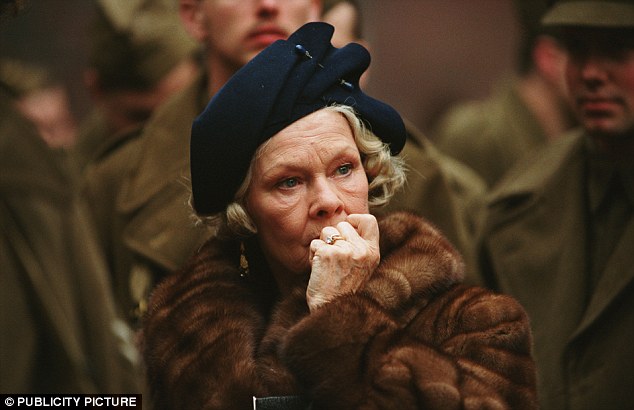 The venue was founded by Laura Henderson as a playhouse in 1931, put nude performers on stage for the first time in British history a year later and never closed in the Blitz.

After Henderson died in 1944, the Windmill continued to be operated by manager Vivian Van Damm and was home to comedians including Tony Hancock, Forsyth and Tommy Cooper.

After the decision was taken not to renew the club’s licence, Council leader Nickie Aiken had said in a statement there was a ‘thin line between seedy and bohemian’ and what was happening at the club was ‘crossing that line’.

He said: ‘After careful review of the evidence provided for and against the renewal of this sexual entertainment licence, we decided not to renew the venue’s licence. Serious breaches of licence conditions will not be tolerated in Westminster’s licensed venues.’