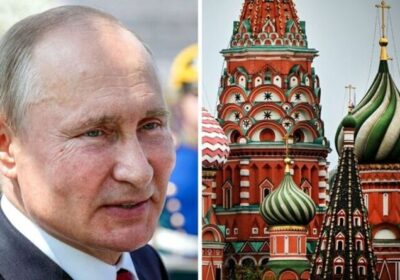 Since Russia launched its invasion of Ukraine there has been growing speculation about Vladimir Putin’s health. Last month, Nancy Pelosi, the Speaker of the US House of Representatives, suggested that he may be suffering from some kind of illness as she attempted to explain his motive for invading Ukraine.  Ms Pelosi noted: “Some people say he has cancer and some people say he had brain-fog from Covid”.

Meanwhile, Condoleezza Rice, the former US Secretary of State, said the Russian leader looked “different”, adding: “He was always calculating and cold but this is different. He seems erratic.”

Proekt, a Russian investigative outlet banned by the Kremlin, also claimed earlier this month that a thyroid cancer specialist from the Moscow Central Clinical Hospital has visited Putin 35 times.

In its investigation, Proekt also alleged that ten doctors had collectively spent over 1,400 days with the President in the past four years as part of his entourage.

The Kremlin publicly stated in March that Putin’s mental state was “normal” after persistent speculation the leader could be seriously ill continued to stir.

Claims surrounding the leader’s heath — both mental and physical — are nothing new, and have persisted for the past decade.

While they have often been unsubstantiated, Mark Galeotti, an expert on Russian security affairs, said that they prove how Putin has become “central to the state’s legitimacy”.

The anxiety surrounding the leader’s health suggests that when the 69-year-old does leave, Russia will be left with a complicated and “existential” choice.

Writing in the Daily Telegraph in November 2020 Mr Galeotti said: “The significance of the rumours emphasises how this system has grown in Putin’s image.

“His cronies dominate the political and business scenes, his personal priorities have become the state’s, and with no real ideology, his personality cult has become central to the regime’s legitimacy.

“Some day Putin will go. Even if he has got round to anointing a successor it will leave a Putin-shaped hole at the heart of this system.

“The outcome will not likely be anything as dramatic as an open and violent struggle for power, but rather a truly existential choice for the country.

“Advance on the journey started in the Nineties but then aborted, of building a democratic Russia, or try and maintain Putinism without Putin and watch the country continue to sink into stagnation.

“This will be a crucial decision.”

During this time, he has given little opportunity for political opponents to challenge his rule and is even allegedly behind plots to assassinate rivals and rig elections.

In turn, it is unclear who the Russian leader would name as his successor or what their vision would be.

Mr Galeotti likened attempts to predict the direction of the country’s uncertain future to analysts attempting to work out the Kremlin’s line of succession in the Seventies.

He said: “Putin infamously takes care of himself and is infamously well-taken care of, too.

“These days for example anyone meeting him has to quarantine for a fortnight first, and if they are dropping in on his rural retreat outside Moscow ‒ where he spends most of his time ‒ they have to pass through a disinfection tunnel too.

“Admittedly there is footage that reportedly shows his legs twitching and some suggestions that he seems in discomfort.  He does seem to have lost his old sureness of grip.

“We don’t really know what that means though.

“Instead, [we] are relying on hints, rumours and often questionable interpretations of a video clip here, a chance comment there.

“It is all strangely reminiscent of 1970s Kremlinology, when analysts would study the order in which the old men of the Politburo stood on top of Lenin’s Mausoleum during parades to try and divine their pecking order.”