Vladimir Putin speaks at the Economic Forum in St Petersburg

Putin has declared that Russia will use nuclear weapons to protect its sovereignty if needed, amid its ongoing war in Ukraine. He made the comments during a speech at the International Economic Forum in St Petersburg this week. The Russian President engaged in similar nuclear sabre-rattling in February as he put the Russian nuclear forces on high alert, following the invasion of Ukraine.

One person who has witnessed the Kremlin strongman’s threatening behaviour first-hand is Angela Merkel, who defended her handling of Putin earlier this month.

The former German Chancellor, who stepped down after 16 years in December, met her Russian counterpart dozens of times during her career.

However, one meeting between the political heavyweights in 2007 saw Putin “enjoy” frightening Ms Merkel, according to neuroscientist Professor Ian Robertson.

Speaking in the unearthed BBC documentary, ‘Putin: The New Tsar’, he said: “One thing that struck me was an anecdote about Putin, which reveals to me that he’s probably not a very nice person.

“Angela Merkel is afraid of dogs and made the mistake of divulging this to Putin. 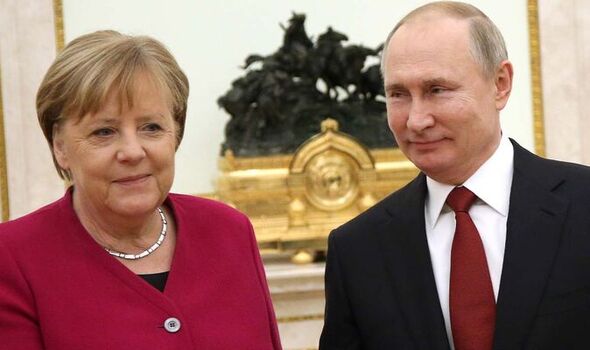 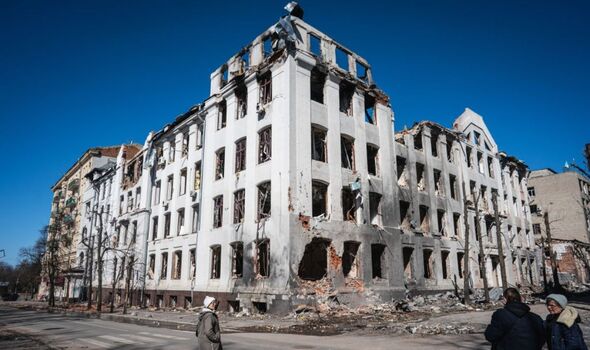 “One time when she was in Russia, what did he do? Bring this enormous, horrible big dog into the room.

The documentary, which first aired in 2018, charts Putin’s rise to power from a KGB agent in East Germany to the Russian presidency.

A string of world leaders have struggled to grapple with Putin, who is known for flouting international norms and political conventions. 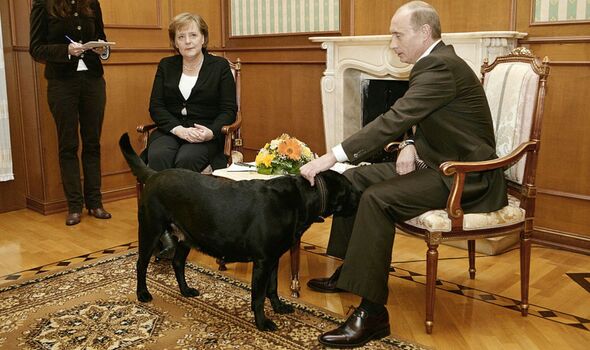 In Europe, Ms Merkel has been in contact with Putin more than any other leader over the past two decades.

She has occasionally criticised Putin but has also put significant time into maintaining a relationship with the Russian leader, who presented her with flowers last year as she prepared to bow out as Chancellor.

However, Mrs Merkel has been criticised for cosying up to Putin and allowing him too much of a grip on Europe.

Under her leadership, the Nord Stream 2 pipeline was built to supply Russian natural gas directly to Germany.

DON’T MISS:
Vladimir Putin backed by ‘network’ holding £3.7billion in assets, report claims [LATEST]
Groundhog Day: Britons as worried about living costs today as they were TEN YEARS ago [INSIGHT]
POLL: Do you support the unions in rail strikes bringing Britain to a halt? [ANALYSIS] 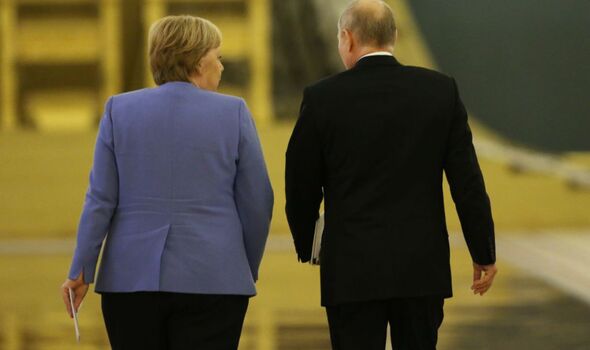 Germany has struggled to wean itself off Russian gas imports, which have been key to the German economy.

Ms Merkel addressed Russian-German ties earlier this month as she was interviewed by broadcaster ARD.

She said: “We have to find a way to co-exist despite all our differences.”

She also claimed that Putin’s invasion of Ukraine is “not just unacceptable but also a major mistake by Russia”.

She added: “If we start going back through the centuries and arguing over which bit of territory should belong to whom, then we will only have war. That’s not an option whatsoever.” 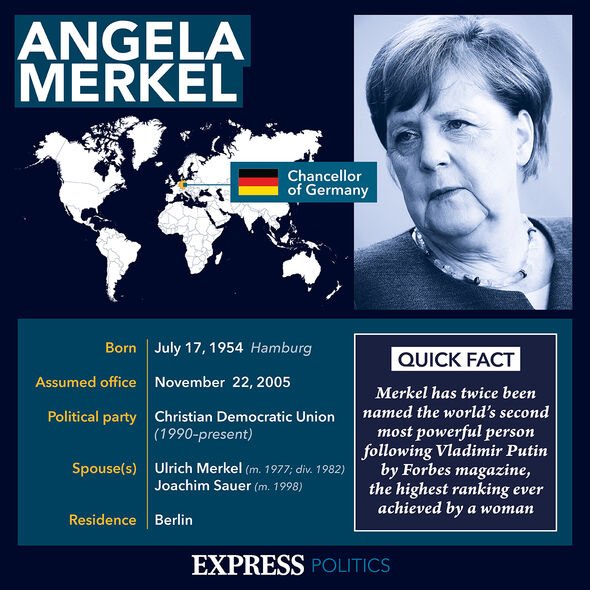 The German leader also defended the sanctions that were imposed on Russia after it annexed Crimea in 2014, and her participation in the Minsk peace process, which was supposed to end the fighting in eastern Ukraine.

She said: “I don’t have to blame myself for not trying hard enough.

“I don’t see that I have to say ‘that was wrong’ and that’s why I have nothing to apologise for.”

‘Putin: The New Tsar’ is available to stream on BBC iPlayer.