Home » Quarantining at home on the agenda for travelling Australians

Quarantining at home on the agenda for travelling Australians 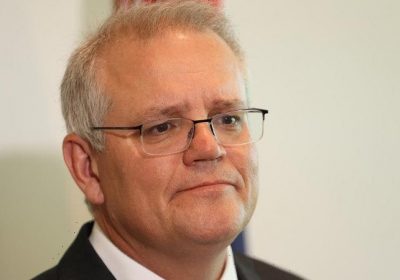 Prime Minister Scott Morrison has canvassed options for allowing Australians to travel overseas for funerals or business before opening the door to mass travel.

The plans include the possibility of having those travellers quarantine at home on returning. 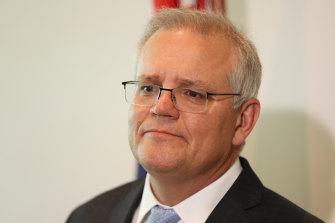 Prime Minister Scott Morrison says quarantining at home may be an option for travelling Australians soon.Credit:Getty

News of the move came as authorities confirmed the Therapeutic Goods Administration was investigating the death of a Central Coast woman days after she received a COVID-19 vaccination.

The 48-year-old was reportedly given the AstraZeneca vaccine on Friday, developed major blood clots on Saturday and was put on dialysis.

Meanwhile, NSW and Victorian health ministers asked to be included in national cabinet, saying decisions on the troubled coronavirus vaccine program have been imposed on the states.

But he said Australians had become accustomed to dealing with no cases of COVID-19, and opening the borders would end the national cabinet’s stated goal of zero community transmissions.

Mr Morrison also clarified federal Health Minister Greg Hunt’s comments that international travel could remain off-limits even if the entire population was vaccinated by warning there would be at least 1000 cases in Australia each week if international borders were to reopen.

“If we were to lift the borders and people were to come then you would see those cases increase and Australians would have to become used to dealing with a thousand cases a week or more,” Mr Morrison told Perth’s 6PR radio.

“Now it is true that our most vulnerable populations would be vaccinated but I don’t think Australians … would welcome restrictions and closures and border shutting and all of those things again out of states’ concerns about the rising numbers.

“So everyone needs to get on the same page about that.”

He earlier told a community forum in Perth that the “first goal” would be to allow Australians who were vaccinated to travel overseas for important purposes like funerals and business, but they would still have to undergo quarantine, although at home.

“That would enable Australians to travel first for business and those sorts of things but ultimately if that worked well over a period of time and the data was showing that home-based quarantine was not creating any additional, scaled risks, that could lead to something more significant,” he said.

“That is how we move to the next step.”

But Mr Morrison said it would require the backing of the state premiers.

The vaccine rollout has caused tension between the states and the Commonwealth over missed targets. The federal government’s move to hold national cabinet twice a week was aimed to bring an end to the blame game, with Mr Morrison saying he wanted to “unite the nation”.

NSW Health Minister Brad Hazzard on Thursday welcomed Mr Morrison’s decision to convene national cabinet twice a week, but said so far decisions about the rollout had “largely been a one-way street, with states and territories being told that this is how it is going to work”.

“That hasn’t worked so well so far, so maybe it’s time to have a rethink,” Mr Hazzard said.

National cabinet’s first order of business on Monday will be the urgent changes needed to recalibrate the rollout, including mobilising mass vaccination hubs to inoculate the millions who will still be waiting for their first doses when the promised 20 million Pfizer vaccines arrive in the fourth quarter of the year.

But state and territory health ministers and their senior advisers are not invited to national cabinet, despite the significant vaccination programs they oversee.

“Vaccine rollouts are state and territory core business. It’s just logical to have the Prime Minister and first ministers getting unfiltered information and concerns directly from the people now being asked to get more involved in the rollout,” Mr Hazzard said.

“There is no question that they will have some very constructive views to share.”

Mr Hazzard said the decision was ultimately with the federal government.

“But as health minister of the biggest population state … I think it’s time that the most experienced health managers in the country be empowered to speak up and offer potential solutions,” he said.

Victorian Health Minister Martin Foley backed his NSW counterpart, saying it was important state health ministers and health officials attend at least one of the national cabinet meetings a week.

Modelling led by researchers at the University of NSW’s Centre for Big Data Research in Health suggests mass vaccination centres will be better equipped to handle any future disruptions than smaller GP clinics.

The modelling – published ahead of peer-review – estimated a mass vaccination clinic running for eight hours with 63 healthcare staff and 180 people arriving per hour could vaccinate roughly 1400 people per day.

They based their simulation on Sydney’s Royal Prince Alfred Hospital’s Pfizer hub that operates like a production line, funnelling patients through a succession of stations, from registration, assessment, and vaccination to post-vaccination observation.

“But you need both mass vaccination and GP clinics to vaccinate the Australian population against COVID-19 as quickly as possible,” Dr Hanly said.

UNSW epidemiologist Professor Mary-Louise McLaws said mass vaccination clinics will be crucial once the promised 20 million Pfizer doses arrive if Australia is to have any chance of vaccinating its entire population by mid 2022.

“The Pfizer vaccine requires vaccination to be done on a mass scale so there is no wastage and no errors,” Professor McLaws said.

The vials can only be stored in refrigerators for up to five days, and it must be injected into the arms of waiting patients within six hours of the vaccine being diluted with saline and separated into individual syringes.

“If you’ve got these vaccines ready to go at a GP clinic, what happens if people don’t show up for their appointment? You don’t want that precious commodity wasted. At a mass vaccination centre there are always people waiting in the queue,” Professor McLaws said.

Professor McLaws said the mass vaccination hubs should focus on under 50s, while older Australians continue to get the AstraZeneca vaccine from GPs.

“We need to rapidly vaccinate younger people because they represented the majority of cases when we did have community transmission,” she said.

“They are at greatest risk of spreading the virus and by vaccinating this group we protect the older population who are certainly at greater risk of hospitalisation and death.”