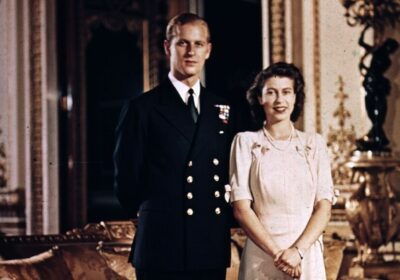 The Queen and Prince Philip enjoyed 73 years of happy marriage together before his sad passing last year — but the announcement of their nuptials once had to be put on hold.

The royal couple officially announced their engagement on July 9, 1947, a whole thirteen years after they first met.

But it is now claimed that Philip originally proposed to a 20-year-old Princess Elizabeth a year earlier in 1946, with the future monarch quickly accepting his offer but swiftly being blocked by the Royal Family.

Her father King George VI wanted them to wait until Elizabeth had turned 21 to go public with the happy news, according to Woman & Home magazine.

It is thought that the Queen's young age gave some within The Firm cause for concern, while Philip's decision not to go to the King to ask for his daughter's hand in marriage also left King George unimpressed.

Elizabeth first met Philip in 1934 at the wedding of Princess Marian of Greece and Denmark to Prince George, Duke of Kent.

They would cross paths again a few years later in 1939 when Elizabeth, then a princess, is said to have caught the dashing duke's eye.

According to royal historian Christopher Warwick, the meeting took place while she travelled with parents King George and Queen Elizabeth, and younger sister Margaret, on a trip to Britannia Royal Naval College in Dartmouth in 1939.

After seeing each other at further royal events and staying in close contact for several years, their relationship became romantic in 1944.

Their engagement was then officially announced in July 1947. Four months later, the Queen glided down the aisle of Westminster Abbey in front of thousands in a stunning ivory silk dress adorned with crystals and around 10,000 seed pearls.

The Queen and the Duke stayed close throughout their seven decades at the top of the family, with her once famously describing Philip as "her strength and her stay".