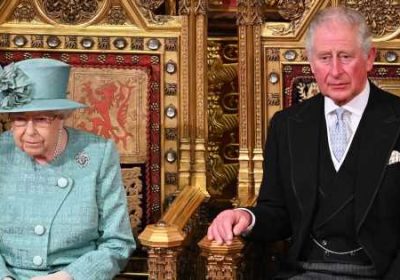 The Queen is "constantly frustrated" with Prince Charles and feels closer to Andrew, a royal expert claimed in a new documentary.

Royal biographer Clive Irving said in Channel 4's film Queen Elizabeth: Love, Honour and Crown that none of the Royal Family have really measured up to Her Majesty's dedication to the job.

The author of The Last Queen said Elizabeth "never really understood" her eldest son and is "puzzled" by him even though he is next in line for the throne, the Mirror reports.

"To this day, she's more openly affectionate to Andrew and more forgiving toward Andrew than she is towards Charles," he added.

Meanwhile Charles was described as "the polar opposite" to younger brother Andrew by Ingrid Seward, editor-in-chief of Majesty magazine.

She said: "He's [Andrew] noisy, bumptious, very charming, when he wants to be. He can be arrogant and rude; he has some characteristics of his own father."

She said that as first and second in line to the throne at that time, Charles and Andrew represented everything the monarchy could be.

It comes after reports claim Charles "took the lead" on the Royal Family's official response to accusations of racism, dishonesty and lack of support levelled at them by Prince Harry and Meghan Markle.

The Palace released a terse statement 56 hours after the couple's bombshell Oprah interview was aired which promised to address the allegations privately while maintaining "some recollections may vary".

Royal expert Robert Jobson credited Charles for the "dignified" response to the family being "trashed".

Meanwhile Andrew has all but disappeared from public life since stepping down from his royal duties following allegations of sexual abuse while he was a friend of the late sex offender Jeffrey Epstein.

Andrew has strongly denied all accusations.

Show makers described it is as an 'in-depth examination of several dramatic conflicts between Crown and Family during the Queen's long reign' that also featured recently de-classified letters and documents.

It examined various important events throughout Queen Elizabeth's life, including her relationship with Prince Philip and her children.

The film begins with a look at the Queen and Prince Philip's early romance in the mid-Forties.

The programme went on to suggest that Prince Philip, 99, who is currently recovering after a month-long stay in hospital, played a key role in modernising the monarchy.

It can be viewed on Channel 4's catch up service.