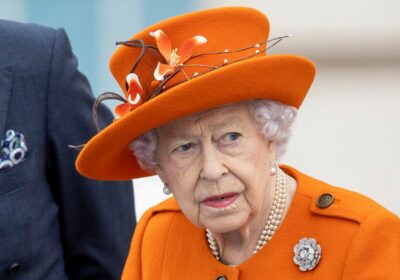 The Queen has been eerily saying phrases in her public speeches to remind the public of her mortality in a less than subtle way, a royal expert has claimed.

In the space of just over two weeks, Her Majesty made two remarks that seem to point to the fragility of her mortality fairly worryingly amidst her recent health concerns.

Daniela Elser, a royal commentator and expert, questioned if the Monarch is trying to tell the public something through her choice of language, writing for news.com.au.

Discussing the Queen's opening address to the Synod, Elser said: "If the 95-year-old was trying to tug on the heartstrings then she was successful, starting with, “It is hard to believe that it is over 50 years since Prince Philip and I attended the very first meeting of the General Synod.”

"However, it’s what came next that matters: 'None of us can slow the passage of time,' she continued, spookily evoking her very own words from earlier this month.

"As with her withdrawal from the General Synod, Her Majesty had been slated to appear at the Cop26 climate conference in Glasgow in early November, only to cancel for mysterious health reasons.

"Then as now, she welcomed delegates, saying on that occasion in a video address, 'we none of us will live forever'.

"Thus, for the second time in just over two weeks, we have the Queen reminding the public of her own mortality in a less than subtle fashion."

The commentator feels this isn't the only "sign for concern" when it comes to the Monarch's health.

Daniela Elser believes the sovereign's absence at the Synod is a worrying sign as it was the first time in her reign that she has not attended the event.

"She is after all the Supreme Governor of the Church of England, adding even more sinister weight to her no-show," Elser said.

"Surely the Palace would have done whatever was necessary to get her there if it had even been a remote possibility."

It comes after Her Majesty had to pull out from attending the Remembrance Sunday event at the Cenotaph with other members of the royal family, to pay respects to those who had fallen in world wars.

The monarch was 'regretful' she couldn't attend due to spraining her back, with the palace stating her recent injury was not connected to her recent health scare where doctors told her to rest for two weeks in October.