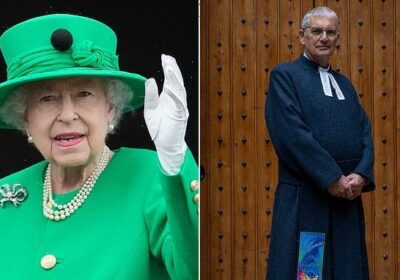 A clergyman who spent the last weekend with the Queen said that Her Majesty told him she had ‘no regrets’ just five days before her death.

The Rt Rev Dr Iain Greenshields, 68, Moderator of the General Assembly of the Church of Scotland, stayed with the Queen at Balmoral the weekend before she passed after he had performed a sermon at Braemar and Crathie Parish Church.

He also revealed that the Queen had been in good spirits during his stay as she joked about sending him to the Tower of London.

Speaking to ABC News, Greenshields said that the Queen’s Christian faith was fundamental to her 70-year reign.

‘She said right at the beginning of her time when she was becoming Queen that she was going to ask God for wisdom,’ he said.

‘And that’s something which persisted throughout her life.

‘When I was chatting to her about her faith, she said she had no regrets at all.’

Greenshields, who at no point felt as though it was the Queen’s final days, said that Her Majesty had power but used it in a way that was ‘beneficial to others’.

‘It seemed just astonishing that the woman who had been so vital, so alive, so engaging, should be all of a sudden, dead and away from us,’ the clergyman added.

Greenshields revealed that despite her being aged 96 and visibly frail, she became a ‘different kind of person’ once she started talking.

‘Somebody whose memory was exceptional, somebody who knew everything about you, so she’d done her homework,’ he said. 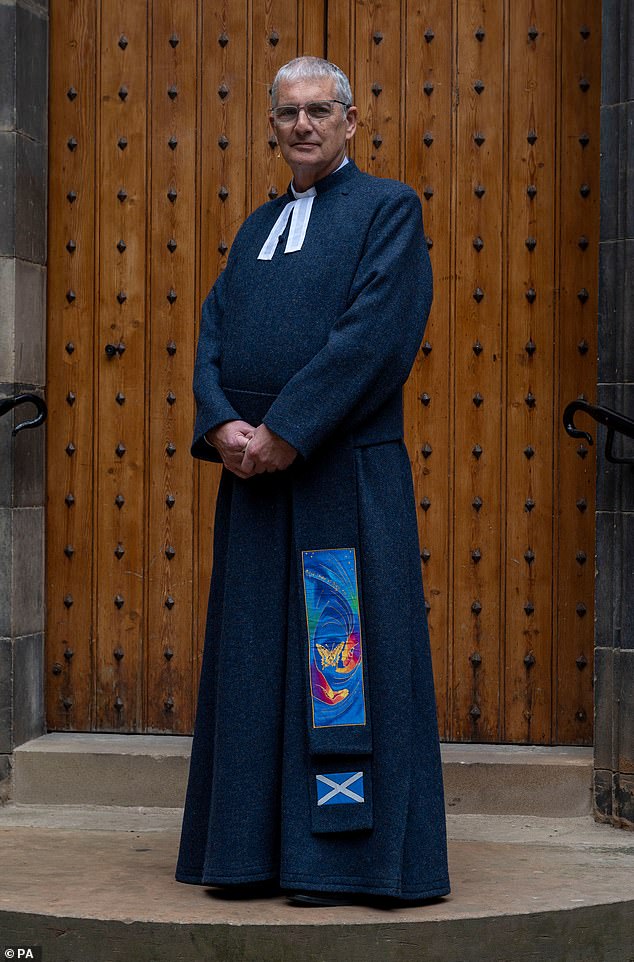 The Rt Rev Dr Iain Greenshields, 68, Moderator of the General Assembly of the Church of Scotland, stayed with the Queen at Balmoral after performing a sermon at Braemar and Crathie Parish Church

The 68-year-old, who had dinner and lunch with the 96-year-old, the Prince of Wales and the Princess Royal on the Sunday before Her Majesty’s death, also recalled her sense of humour.

‘I was stating in the Tower Rooms and she said, “Your Queen is sending you to the Tower!”.

‘And she just smiled at me as she said that – she made sure that I understood that I got the joke rather than it being too serious.’

Greenshields had previously spoken about his shock at the late monarch’s death because she was on good form the weekend before.

‘It was a fantastic visit. Her memory was absolutely amazing and she was really full of fun,’ he told The Times.

‘It came as a great shock to me when I heard she was gravely ill because she was in amazingly good form over the weekend.

‘She was the life and soul of things. She was speaking very personally to me about her time there way back when she was a child, she was talking about her horses from the past, naming them from 40 years ago, people’s names and places. She was quite remarkable.’

Greenshields paid tribute to the ‘faith, service and dedication of Her Majesty the Queen’ following her death, saying this had been ‘the hallmark of her long reign’.

He added: ‘She has been the steady constant in the life of our nation for over seven decades and most of us will have grown up knowing only her as our monarch.’

He continued: ‘Tireless in her duty, the Queen has demonstrated a life of selfless dedication.

‘Her love for her family was mirrored in her love for our nation and the wider Commonwealth.’