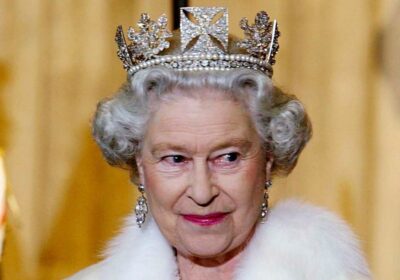 The Queen could be buried with her priceless jewels and broaches, with the lead-lined coffin potentially filled with treasured gems.

Her coffin, which in Royal tradition will be filled with lead, could also be filled with millions of pounds worth of royal objects from throughout her 70-year reign.

Select items from the 300-strong private jewellery collection could be heading for a place alongside Her Majesty's final resting place, with 98 brooches, 46 necklaces, 34 pairs of earrings, 15 rings, 14 watched and five pendants to choose from.

Which items head to the coffin could be far simpler than expected though, says head of communications at the Natural Diamond Council, Lisa Levinson.

Levinson said: "Her Majesty is an incredibly humble woman at heart who is unlikely to be dressed in anything but her simple Welsh gold wedding band to rest and a pair of pearl earrings.

"The young Prince Philip was closely involved in the design of Elizabeth’s engagement ring, which is set in platinum and has eleven natural diamonds – a three-carat round solitaire diamond, and five smaller stones set on each side."

"Her Majesty’s life has always been about the legacy of the royal family, in the UK and Commonwealth; her jewels form very much part of that legacy."

Another commentator claimed that most of the jewellery would instead by passed down to family members.

Mok O'Keeffe, a member of LGBTQ+ royalist group GayAristo, said that the Queen was a "modest woman" and wouldn't be buried with too many flashy items, Metro reported.

O'Keeffe said: "This simple act of love seems fitting for a woman who actively enjoyed the simple things in life and, because of her strong faith, believed that she would enjoy the riches of heaven.

"Many of the jewels she wore form part of the history of the country and will be passed to the future Monarch and the Queen Consort, for the remainder of their lives."

Some items will be placed inside of the lead-lined coffin, a longstanding tradition that prevents the decomposing of the body, with the coffin set to rest in the King George VI Memorial Vault, The Mirror reported.