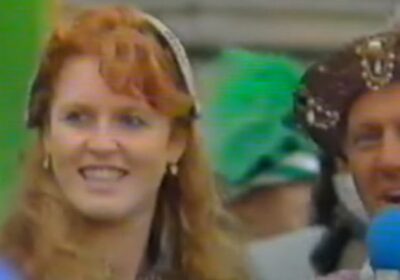 Being a member of the Royal family is no easy feat, members are continuously involved in projects and are under intense public scrutiny.

But the Queen stands by the motto that you need to be seen to be believed and expects her family to follow suit.

The royals meet thousands of people every year as they attend social engagements and travel the world representing the monarchy.

But being in the public eye has its downfalls, and when a member falls out of favour with the public they may take on extra activities to improve who they’re perceived.

The Mirror reports that in June 1987 Prince Edward organised an event along with Princess Anne, Prince Andrew and Fergie for a special episode of It's a Royal Knockout.

Each of the royal teams paired up with celebrities to raise money for different charities to compete in several different events.

But according to royal expert Ben Pimlott, the Queen was against the idea from the start and believed that it would be a mistake.

And her prediction was accurate, as the event has since been described as a "disaster from start to finish" and one of the "biggest c***-ups" in the royal family's history.

Recalling the show on Channel 5's Fergie Vs Diana: Royal Wives at War, royal expert Jennie Bond said: "It's a Royal Knockout will go down in royal history as one of the biggest c**k-ups of all time I think.

"It was a disaster from beginning to end, it was absolutely humiliating.

"Sarah with her usual gusto entered into it, and if she gets into something she does it with bells on."

However, not all of the royal family took up the offer of taking part.

Speaking on the documentary, the Daily Mail's Richard Kay said: "Diana famously didn't take part, neither did Charles. He thought it was something that was beneath them.

"In a way, it's kind of unfair, Fergie took a lot of the blame, almost the scapegoat.

Keep up to date with all the latest news stories. by signing up for one of Daily Star's free newsletters here.

"Her behaviour was being commented on and I think, then, is when Diana came into her own."

The show, which was filmed at Alton Towers, was hosted by Stuart Hall, Les Dawson and Su Pollard. Paul Daniels acted as the chief referee.

Prince Edward was in charge of the yellow team, raising cash for the Duke of Edinburgh Scheme.

Among the celebs on his team were John Cleese, Eddie Grant, Peter Blake and Christopher Reeve.

More than 18million people tuned in to watch it, making it the fourth most-watched show of the year.

However, it wasn't all bad news as they at least managed to raise £1.5m for their chosen charities.