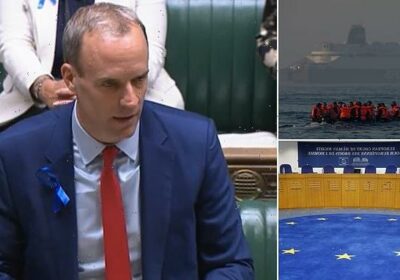 Government ‘at risk of losing public confidence’ in immigration controls, warns Dominic Raab as he unveils new Bill of Rights to ‘restore a healthy dose of common sense’ to Britain’s justice system

The Government is ‘at risk of losing public confidence’ in immigration controls without reform through a new Bill of Rights, Dominic Raab said today.

The proposed legislation asserts British courts do not always need to follow case law from the European Court of Human Rights in Strasbourg.

It also states that London’s Supreme Court is the ultimate decision-maker on human rights issues.

Mr Raab told MPs the Bill would ‘restore a healthy dose of common sense’ to the justice system.

The Bill’s publication comes after the European Court of Human Rights blocked the departure of a first plane-load of migrants from Britain to Rwanda.

The court’s 11th hour action prevented the Government’s new £120m asylum scheme – which will see migrants sent to East Africa to have their asylum claims processed – from getting up and running.

Ministers have touted the Rwanda scheme as a means of deterring migrants from making perilous crossings to Britain via the Channel. 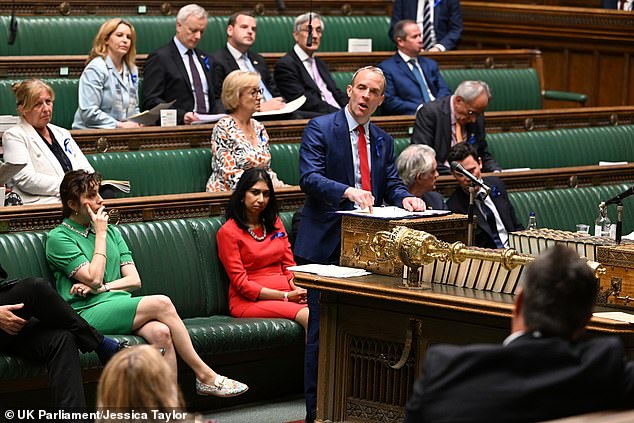 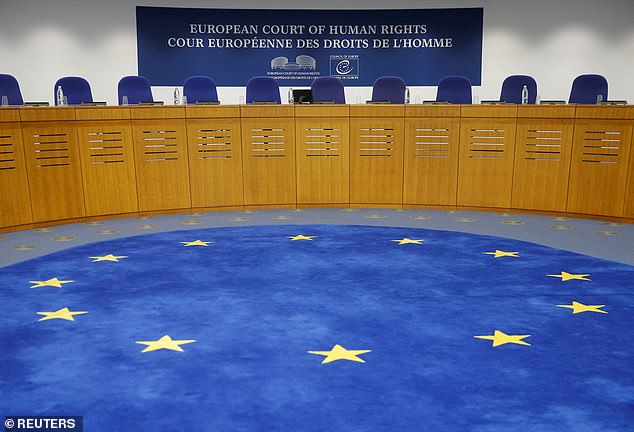 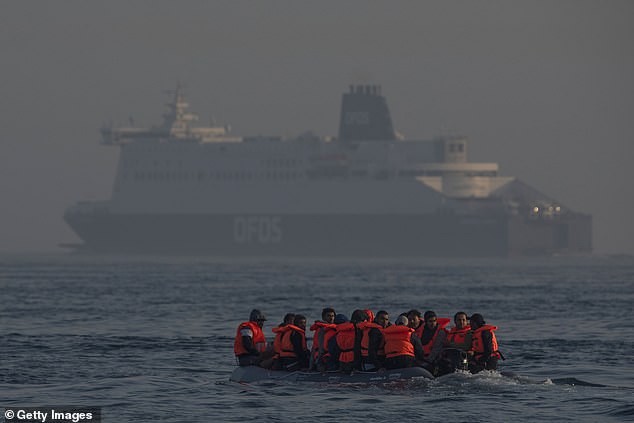 Despite seeking to limit the power of the Strasbourg court, Mr Raab reassured the House of Commons that the UK will not leave the European Convention on Human Rights.

The Bill of Rights is also aimed at cracking down on European-style privacy laws and bogus human rights claims made by foreign criminals to avoid deportation.

Mr Raab told MPs: ‘Our Bills of Rights will strengthen our proud tradition of freedom, it will demarcate a clearer separation of powers.

‘It will ensure greater respect for our democratic institutions and it will better protect the public and restore a healthy dose of common sense to the justice system which is essential for commanding public confidence.

‘Ultimately it will make us freer, it will help keep our streets safer.

‘We will strengthen the separation of powers in this country, affirming the supremacy of the Supreme Court, being explicit that the UK courts are under no obligation to follow the Strasbourg case law and indeed are free to diverge from it.’

The Deputy PM also pledged the Bill of Rights would strengthen border controls.

‘In a democracy you command, you rule, you govern by consent,’ he added.

‘And we’re at risk of losing public confidence in our immigration controls if we can’t take the common sense measures they expect.

‘We’re also at risk of losing public confidence in human rights if we don’t restore a healthy dose of common sense.’

Labour branded the publication of legislation to overhaul the 1998 Human Rights Act as a ‘very dark day for victims of crime, for women, for people in care’ and ‘for everyone in this country who rely on the state to protect them from harm’.

Shadow justice minister Ellie Reeves said: ‘For members of the party of Churchill, who inspired the European Convention of Human Rights, to want to do away with it altogether, is really quite something.

‘I gather that he (Mr Raab) doesn’t want to withdraw from the European Convention, not least because he knows it would fatally undermine the Good Friday Agreement and peace in Northern Ireland.

She also told the Commons the Government had made ‘pitiful progress’ on rape convictions.

‘This Bill of Rights con isn’t just an attack on victims of crime who the state has failed to protect,’ Ms Reeves added. ‘It’s an attack on women.

‘Women have used the Human Rights Act to challenge the police when they have either failed or refused to investigate rape and sexual assault cases.’ 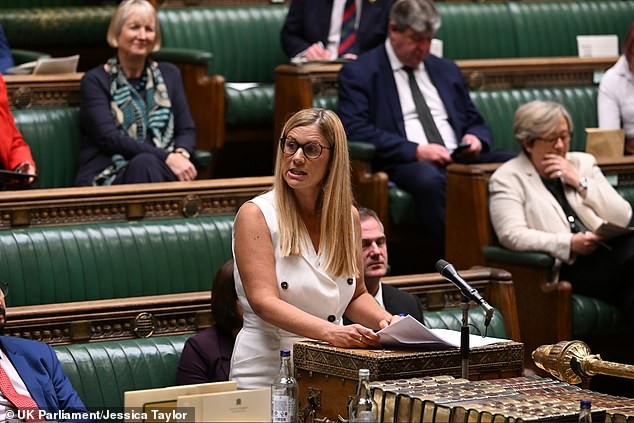 Labour’s Ellie Reeves branded the publication of legislation to overhaul the 1998 Human Rights Act as a ‘very dark day for victims of crime, for women, for people in care’

Ahead of the Bill’s publication, Mr Raab had hailed his measures as a ‘strong enhancement of free speech’, stopping the courts from introducing Continental-style privacy laws by the back door.

He said the Bill would ‘sift out spurious claims’ made by foreign criminals and others under Article 8 of the European Convention on Human Rights; the right to private and family life.

Article 8 has been used by thousands of foreign offenders to avoid being deported.

A Ministry of Justice spokesman said Bill of Rights would ’empower people to express their views freely’ in the face of online ‘cancel culture’.

Mr Raab said: ‘First of all in the weighing-up of rights we will be clear that free speech has a higher pecking order, if you like, than the other rights.

‘The Continental approaches tended to be more that you have stronger privacy laws.

‘Our approach and that of other common law countries is to have a stronger tradition of openness, transparency, free speech and the accountability that goes with that. You’ll see that written very clearly into the Bill of Rights.

‘You’ll see a strong enhancement of free speech. We haven’t abolished Article 8 – but we’ve curtailed the scope for abuse.

‘Our approach is to sift out the spurious claims that we’ve seen, and allow us to adopt the most robust immigration controls possible.’

The Bill will introduce a ‘permissions stage’ in the courts requiring people who want to bring a human rights case to show they have suffered ‘significant disadvantage’ before it can go ahead.

The move is designed to save court time and taxpayers’ money. 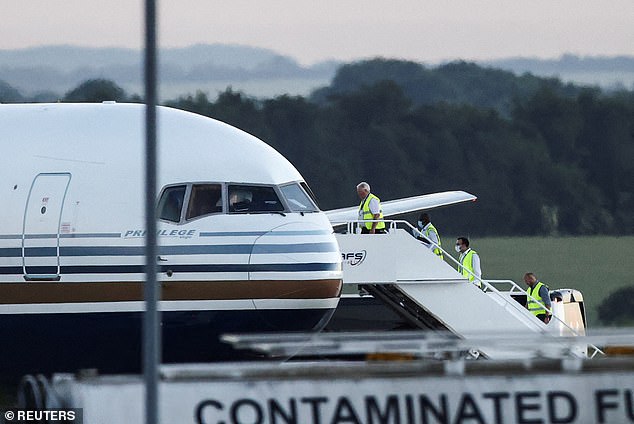 In a further boost to Press freedom, the Bill will introduce a higher bar when courts are asked to order journalists to disclose their sources.

It will prevent human rights laws from being used as a way to bring claims over overseas military operations.

The curtailment of Article 8 is one of the key dimensions of the new package.

On Saturday the Daily Mail revealed how a series of killers, robbers and sex offenders remained in the UK by arguing their right to a private or family life in immigration courts.

Under Mr Raab’s proposals, offenders seeking to dodge deportation would have to prove that a child or another dependent would come to ‘overwhelming, unavoidable harm’ if they were separated – a higher test than under current law.

The Conservatives first pledged a Bill of Rights under leader David Cameron in 2007.