The Rams received their championship rings from their Super Bowl LVI triumph on Thursday night as they kicked off the 2022 season against this year’s title favorite, the Buffalo Bills.

The rings themselves are a direct reminder of the Rams’ home win over the Cincinnati Bengals in February at SoFi Stadium.

The outside of the rings look like a traditional championship ring. It includes the score from their 23-20 win over the Cincinnati Bengals, and the back side has final scores from all of their playoff games during the postseason run.

Upon closer look, however, the rings clearly resemble SoFi Stadium throughout the entire design. The outside has columns just like the stadium that include .23 carats of diamonds, referencing their point total. Then, the top of the ring actually pops off to reveal a full SoFi Stadium design mimicking the field layout from the Super Bowl.

The rings — which include about 20 carats of white diamonds in total, the most in the history of a sports championship ring — are undoubtedly some of the most unique in recent history.

“To be able to not only win the Super Bowl, but also to do it in the house Mr. Kroenke built, is really a dream come true,” Rams vice president Tony Pastoors said in a statement.

“We are grateful to [ring designer Jason Arasheben] and his team for their creativity and passion to deliver a championship ring that reflects our team and their historic season, the one-of-a-kind stadium where it happened, and the city that inspired all of it.” 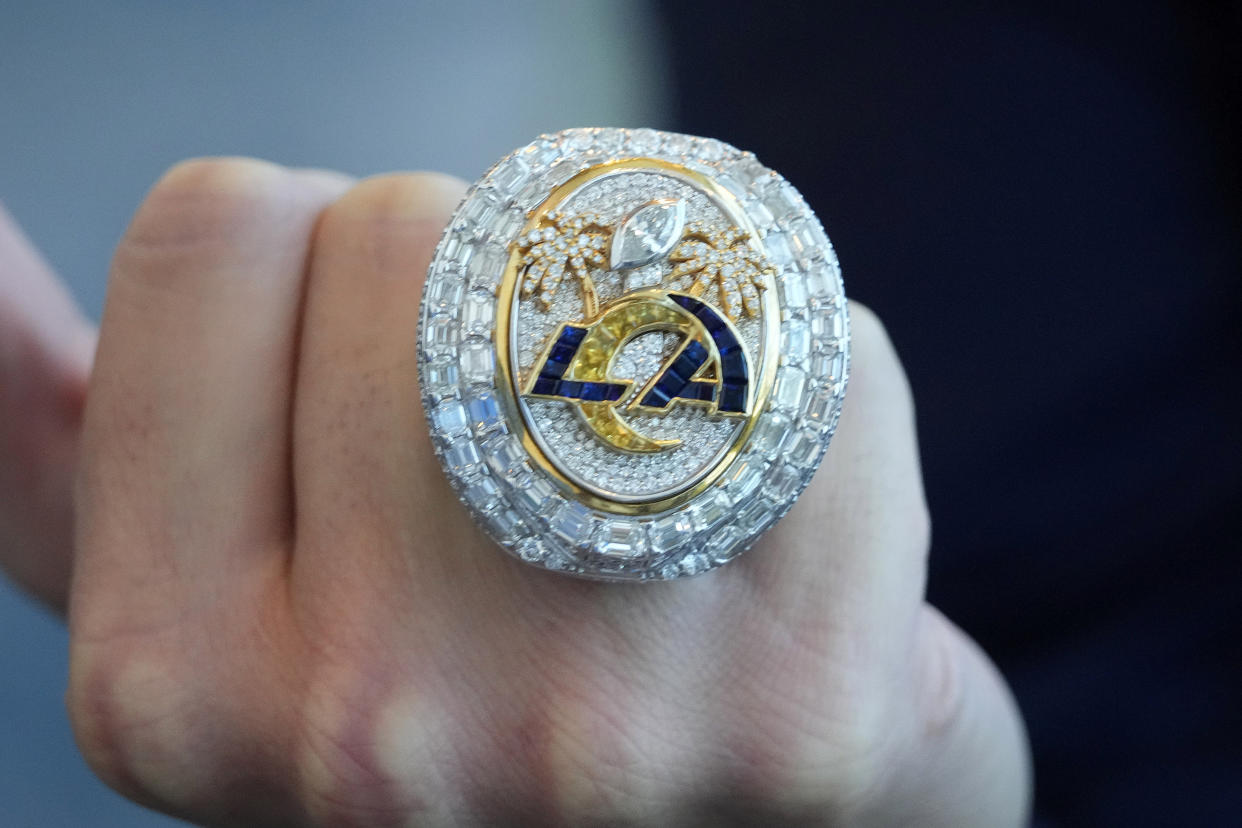