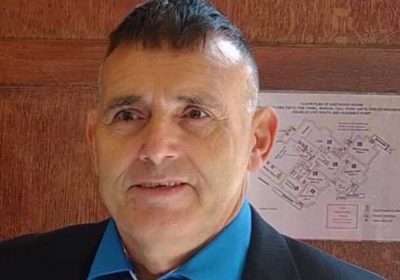 A sicko started sexually abusing his sister-in-law when she was just six years old – and raped her from the age of 10.

He repeatedly raped Tracey after she turned 10, “destroying” the family.

Between 1976 and 1983, he used lewd, indecent and libidinous practices and behaviour towards another girl who was just eight when the abuse began, Edinburgh’s High Court heard.

Kerr was 14 when he began abusing his victims, the Daily Record reports.

Tracey summoned the courage to tell police in 2002 but there was not enough evidence to proceed with the case.

When another victim came forward in 2018, she had already died and her family feared her evidence had been lost forever.

However, detectives uncovered Tracey's statement and secured vital evidence from the psychologist she had confided in over the abuse.

Kerr was jailed for seven years on Friday, January 1.

A relative of Tracey's told the Daily Record: “Both women finally got the justice they deserve.

“People have got to know Daniel Kerr destroyed our family for all those years. He was lying under the radar and now he’s where he should be.”

The family added: “He [Kerr] was in Tracey’s life until she spoke out 18 years ago.

“She went to the police and gave a statement. At that point, the other victim wasn’t strong enough to come forward and make a statement.

“Five years later Tracey died. She was a mum-of-two. She had become severely depressed but she got up one morning and went to smoke a cigarette and just stopped breathing.

“It was unascertained. The doctors said they will never know if it was the combination of drugs she was on due to her illness."

They continued: “I believe Tracey watched over that full trial and was with the other victim. She had been terrified of him. She will be so happy he’s where he should be now and that he’s not able to touch anybody else.

“The family are elated. Justice has finally been done.”

Kerr’s defence counsel Lorenzo Alonzi told the court Kerr had four children and five grandchildren, and had been with his wife since he was 16 and had a “successful marriage”.

He said there was a “pretty dysfunctional background” his client was living in at that time and risk assessment found him to be a “low risk of sexual reconviction”.

Alonzi said: “The fact that he was of a young age and went on to live a very good life is important when it comes to mitigation of sentence.”

Judge Lord Braid told Kerr there was “no escaping” from the serious charges, particularly rape, and “punishment and deterrence justified a significant sentence”.

Jailing him, he also ordered Kerr to be put on the sex offenders’ register indefinitely.