Labour leadership contender Rebecca Long Bailey has defended her decision to speak out on abortion as she won the surprise backing of a top Tory for her stand.

In a defiant riposte, she hinted that her concerns had been ‘misrepresented’ in a bid to damage her bid to succeed Jeremy Corbyn.

There were also claims from fellow Catholic Labour MPs that she was the victim of attempts to use her faith to ‘smear her’.

But it emerged that one of her own campaign team had suggested that people with ‘regressive’ views on abortion should not be Prime Minister. 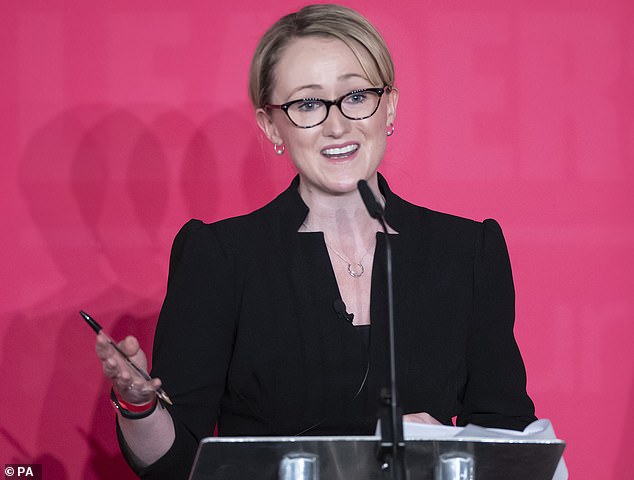 Ms Long Bailey, the so-called ‘Corbyn continuity’ candidate, found herself at the centre of a bitter Labour row last week after appearing to back stricter abortion laws.

Responding to a questionnaire from local Catholic churches during the General Election campaign, she said that she did ‘not agree’ with current rules allowing women to terminate their child on disability grounds after 24 weeks.

She said she backed the Disability Rights Commission’s view that ‘the context in which parents choose whether to have a child should be one in which disability and non-disability are valued equally’.

The Salford MP has now defended her remarks and hinted at the ‘Machiavellian’ way the story emerged.

In an apparent dig at the Red Roar website which broke the story, she said: ‘It’s been quite suspicious.

‘There have been certain news sources that have perpetrated this misrepresentation over the last 24 hours.’

Ms Long Bailey told Channel 4 News she was ‘by no means suggesting we need to restrict our abortion laws further’, but had wished to raise concerns ‘that the disabled community would feel’.

Last week, her campaign team insisted her abortion stance was her personal view, not a policy position, saying she ‘unequivocally supports a woman’s right to choose’.

But last night, it emerged that her own recently hired campaign communications chief – ex-Corbyn aide Matt Zarb-Cousin – had voiced doubt about people with similar views on abortion holding high office. 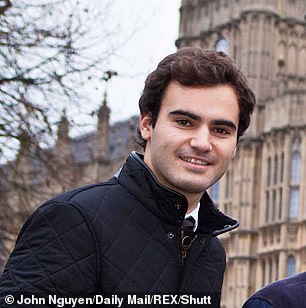 Tweeting last year about former Tory Minister and abortion critic David Lidington, who also voted against civil partnerships, Mr Zarb-Cousin wrote: ‘Personally, I wouldn’t be too comfortable with someone possessing such regressive views on LGBT rights and abortion occupying Number 10 but each to their own.’

However, sources close to Mr Zarb-Cousin hit back last night, saying Ms Long Bailey’s views on abortion were ‘in no way comparable’ to Mr Lidington’s who voted for tighter time limits on abortion.

One friend said: ‘The difference between David Lidington and Rebecca is she never voted to restrict the right to abortion and has only voted to extend it in the case of Northern Ireland.’

Last night, Mr Lidington – who said that when he was an MP he had generally voted on the ‘pro-life ticket on abortion’ – sprang to Ms Long Bailey’s defence. He said: ‘She should be entitled to whatever views she has on abortion and to vote accordingly, and it should be treated with respect as a matter of conscience.’

Mr Lidington also contrasted the ‘thought police’ attitude of some in the Labour Party with the Tories who always treated it as a matter of individual conscience.

In an article for PoliticsHome, they said neither of them had nominated her for the leadership ‘but we will not stand idle while her faith is being used to smear her or tolerate blatant sectarianism and anti-Catholic tropes’.