Record payout for victim of ‘sick’ teacher who abused dozens The victim of a teacher jailed for abusing dozens of children over the course of 31 years has won a record $1.5 million court-ordered payout from the Victorian Education Department.

The man, who cannot be named for legal reasons, was 10 years old when he was abused by teacher Vincent Henry Reynolds on six occasions when he was at Myrtleford Primary School in the mid-1980s. 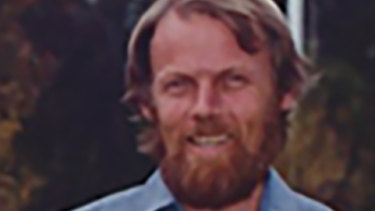 The amount is a record court-ordered payout awarded against the Victorian government for an individual sex abuse damages claim.

Reynolds, now 79, pleaded guilty last July to historical sex crimes against 38 children aged between five and 12 committed in northern and central Victoria. He is serving a 12-year sentence.

Reynolds' decades-long repeated abuse of boys occurred at more than a dozen schools, starting in the 1960s. He worked in schools in Ballarat and around north-east Victoria.

The man who has been awarded the record payout told The Age he wanted other victims of child sexual abuse to know they were not alone.

"Reynolds should have been in prison in 1984, but instead he was my teacher," he said.

"When I was a child I couldn’t defend myself. But I am not that kid any more. I stood my ground and I won. And I want other victims to know this: you’re not alone.

"The judge listened to me and to my wife and she understood that these things don’t just go away when you grow up. They live with you, they haunt you. I’m hoping my win stops the same thing from happening to other kids." 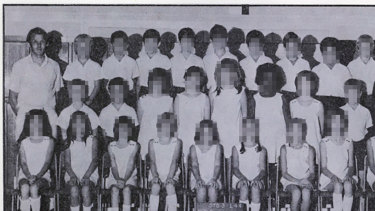 Reynolds (left) in a class photo from the mid-70s.

Reynolds admitted last year to surreptitiously abusing children at his desk, at the front of class, and at their desks.

The Education Department became aware of his behaviour in the early 1980s while he was teaching in Victoria’s northeast, but he returned to teach for more than a decade despite the allegations.

"The Education Department knew he was a sick child abuser, knew that he preyed on kids, but they turned him loose on me and my classmates, and on lots of other kids in country Victoria," the victim said.

In November 1992, Reynolds pleaded guilty to 14 charges of indecently assaulting 14 boys at five schools from 1968 to 1992. He was fined a total of $16,000 and resigned the following year, never returning to teach.

He started abusing children in his first year of teaching in 1960 at the age of 19 and continued until his last year in 1992.

The victim told Judge Forbes that Reynolds’ abuse had made him angry, confused and embarrassed, that he lost interest in playing music and took up taekwondo to defend himself from further abuse.

During one incident, Reynolds said to the student: “You like that don’t ya?”

The victim said that the final time he was abused he swore at Reynolds, lashing out at him and striking him. Reynolds did not abuse him after the altercation.