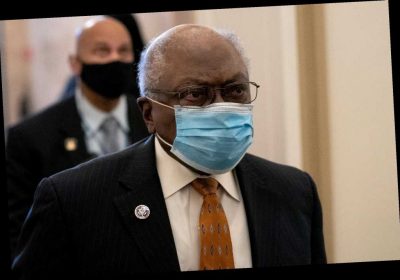 Yes, these events all happened in 2020

​Rep. Jim Clyburn on Wednesday said the House must impeach President Trump for “inciting” his supporters to storm the US Capitol last week and should never be able to hold power again.

“This threat must be extinguished immediately. The president must be impeached and convicted, and he must be prevented from ever attempting to seize power again,” the South Carolina Democrat said on the House floor as the members debated Trump’s impeachment.

Clyburn recalled how the rioters rampaged through the Capitol last Wednesday as a joint session of Congress gathered to certify the Electoral College results for President-elect Joe Biden.

“This president refused to accept those results. Instead, he sought to overturn them by inciting a violent insurrection,” he said. “But we were not deterred from doing our constitutional duty.”

Clyburn went on to say democracy is built on the peaceful transfer of power from one administration to another, noting how then-Vice President Al Gore presided over the certification of the Electoral College vote for George W. Bush after the contentious 2000 election, and how former Vice President Biden did the same for Trump after the 2016 election.

He said the certification is a “vital part of the transfer of power, not the contest for power.”

“This president’s refusal to participate in the peaceful transfer of power and his role in inciting last week’s violence is a threat to our Constitution and democracy. This threat must be extinguished immediately,” Clyburn said.

If the House impeaches Trump, the charges would go to the Senate for a trial.

But with a week left in the president’s term, Senate Majority Leader Mitch McConnell (R-Ky.) confirmed Tuesday that, with the Senate in recess, a trial would not take place until after Trump leaves office.