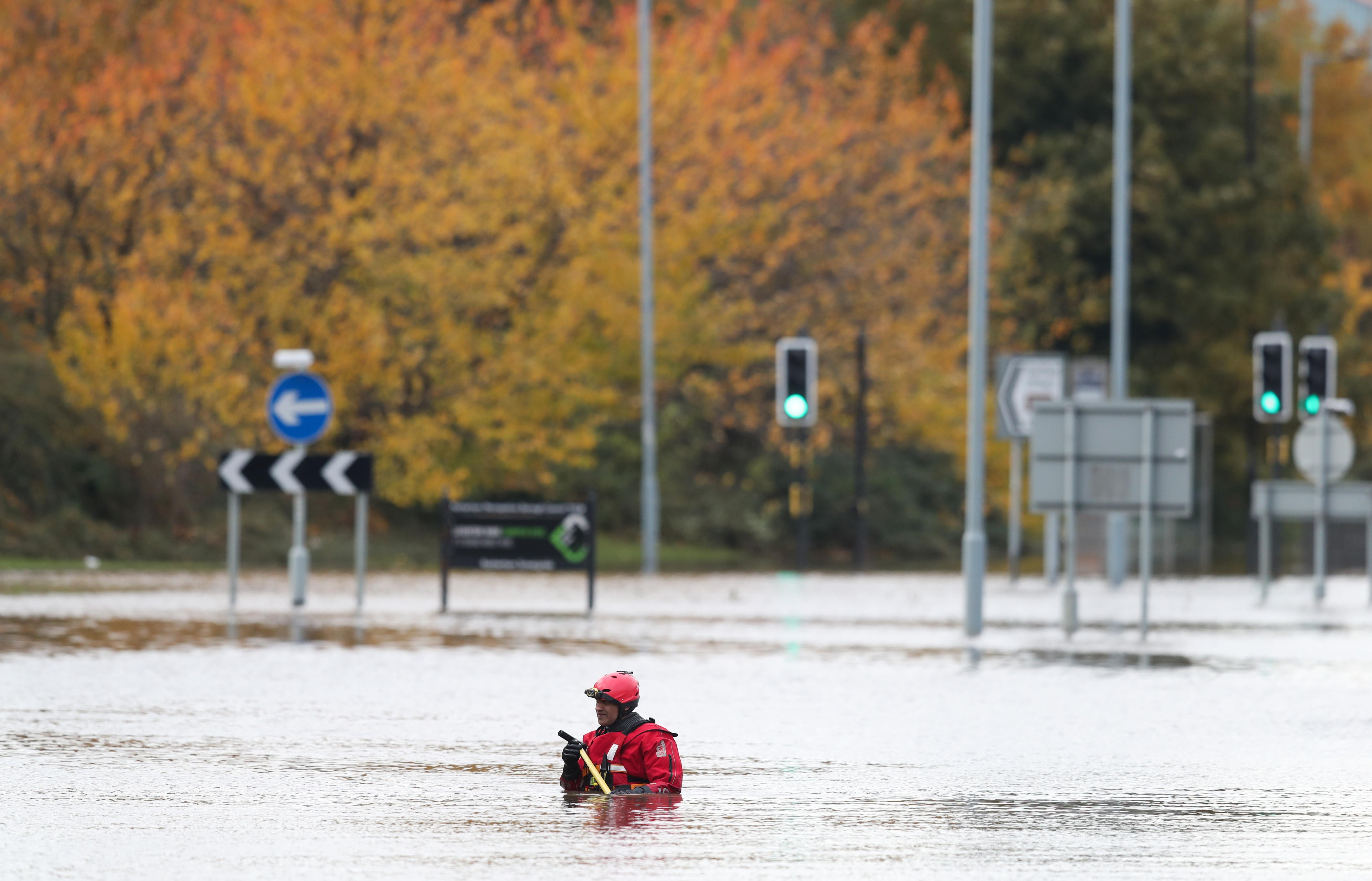 LONDON (Reuters) – Britain issued more than 100 flood warnings on Friday, with residents in parts of northern England advised to evacuate their homes amid concern that lives were in danger, after deluges brought a month’s rainfall in less than 24 hours.

Dozens were trapped in a shopping center in the city of Sheffield overnight after becoming stranded and about 100 others were rescued from another mall nearby by firefighters in inflatable dinghies.

The greatest concern was for homes in five areas around the River Don near the town of Doncaster where the authorities said persistent rain had caused severe flooding as water levels reached record highs and posed a danger to life.

“Residents in these areas are advised to evacuate immediately,” Doncaster Council said. “We advise people to seek shelter with family and friends. Rest centers have been established.”

While most of the serious flooding affected central and northern England, there were more than 100 other alerts across the country where the Environment Agency cautioned that flooding was possible.

The torrential rain also brought widespread travel disruption with some rail operators issuing a “Do not travel” advice to passengers in places around Sheffield and other affected areas while many roads were also closed.

“Awful to see the terrible flooding across the North of England,” Prime Minister Boris Johnson said on Twitter. “Thank you to the emergency staff & volunteers helping families through this difficult time.”