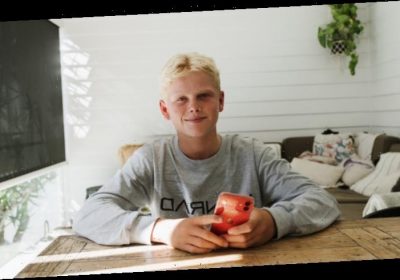 Like many teenagers, school must fit around Sam Cornock’s passions. An avid surfer and foil boarder, the 15-year-old is at Cronulla Beach at dawn searching for the perfect wave and has a part-time job teaching surf skills. He is also a keen investor in bitcoin and other cryptocurrencies.

“Normally, when I wake up I like to look at the market to see what’s going on,” he said. “Depending on the surf, I’ll probably go to the beach maybe at six.” 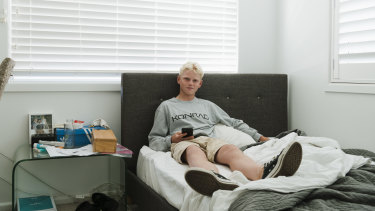 Fifteen-year-old Sam Cornock is among a growing band of teenagers investing in cryptocurrencies such as bitcoin.Credit:James Brickwood

Sam invests in cryptocurrencies such as bitcoin via an account set up in his father’s name. He has amassed $10,000 from a total investment of $1500. “I’ve definitely lost money on a few riskier coins,” he said. “Overall I’m in profit.”

Sam also checks prices on the school bus, and discusses tips and advice with his high school classmates, who also trade in bitcoin and other cryptocurrencies. “A few have bought in with a bit of their work money,” he said. “All of us look at it and hope it goes up.”

Bitcoin returned to the headlines last week after surging to $US48,364 ($62,365) – up more than 45 per cent from the beginning of the year. Other digital currencies such as dogecoin and terra have also risen in value this year.

Tesla, the electric car company run by Elon Musk, last week revealed it had bought $US1.5 billion of bitcoin and would begin accepting bitcoin payments.

Sam’s tips for trading in bitcoin

But the Australian Securities and Investments Commission warns that investing in cryptocurrencies can be risky.

“In many cases, the platforms where you buy and sell cryptocurrencies and ICOs [initial coin offerings] are not regulated,” an ASIC spokesman said. “You’re not protected if the platform fails or is hacked.”

The federal government’s Moneysmart website also lists risks associated with cryptocurrencies warning investors could lose “a lot of money” if they buy into an ICO or cryptocurrency without doing research first.

Barney Tan from the University of Sydney Business School said the popularity of electronic currencies such as bitcoin was fuelled by speculation, opportunism and a “bandwagon” effect.

Associate Professor Tan said teenagers were trading in cryptocurrencies at an “unprecedented” scale and the broader implications of their participation was not fully understood.

Teenagers tended to be prone to thrill-seeking and may be exploited or manipulated into making bad trades, he said.

“Teenagers today are probably more savvy and sophisticated because of the sheer amount of information that they have access to,” he said. “But at the same time, they may be more impressionable, so there should definitely be oversight over their trading activities to prevent potential exploitation or manipulation.”

Part of the appeal of electronic currencies, particularly to teenagers, is the fact that they are largely unregulated, Associate Professor Tan said.

“It is important to keep in mind that speculating in electronic currencies is essentially a zero-sum game. For every single person who has profited from selling them at a high price, someone will have to take a loss when the prices dip.” 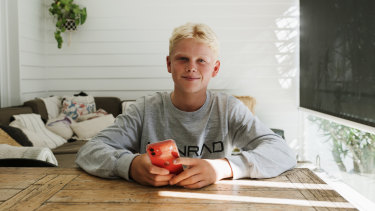 Sam Cornock, 15, uses apps such as CoinGecko and YouTube to research the market in cryptocurrencies.Credit:James Brickwood

Sam became interested in cryptocurrencies in the middle of last year after hearing about it in class and listening to his father Mike Cornock’s friends talking about it.

He began researching the market using cryptocurrency apps such as CoinGecko and YouTube videos produced by companies or other traders. He asked his father to set up an account, initially with $250 earned from working at a surf school that was matched by Mr Cornock.

“As a parent, I’m amazed by how many hours of reading and research he is doing,” Mr Cornock said. “He’s researching economics and what the market is doing.”

The Sun-Herald spoke to other parents whose children invest in cryptocurrencies but they did not want to be identified.

Besides bitcoin, Sam has invested in ethereum and polkadot in a bid to diversify and reduce risk.

Sam’s earnings of nearly $10,000 pale in comparison to German teenager Erik Finman, who reportedly became a bitcoin millionaire before he turned 18, but it is a tidy profit compared to interest on savings offered by banks.

Sam has some money in the bank – “but that’s more to spend” – while bitcoin is an investment. However, he said he will begin “cashing out” before prices slide.

“I just figure if everyone is talking about it and FOMOing, surely it’s going to pop soon,” he said, referring to Fear Of Missing Out.

“Maybe I’ll take a little bit of money out so I don’t get burnt on the way down.”

Catch all the day’s headlines

At the end of each day, we’ll send you the most important breaking news headlines, evening entertainment ideas and a long read to enjoy.  Sign up to The Sydney Morning Herald’s newsletter here, The Age’s here, Brisbane Times’ here, and WAtoday’s here.