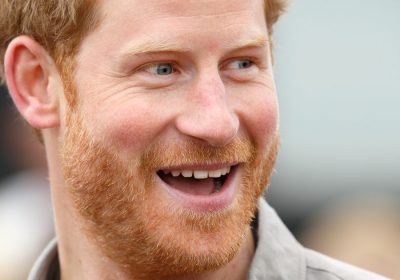 Prince Harry has been criticised for showing off his "dirty" bare feet in the pregnancy announcement picture.

The royal and Meghan Markle revealed they are expecting a second baby, but some social media users commented on Harry's feet and called for him to "buy some shoes and put them away" after he bared his soles.

Harry, 36, and his 39-year-old wife confirmed the happy news with an old fashioned black and white photo of themselves.

But despite the touching picture, many fans were drawn to the sight of the prince's bare feet. One said: "Congratulations Harry and Meghan.. but serious is there any need for Harry's bare feet."

Another wrote: "Some needs to buy Harry shoes. Ewwww, feet."

One more added: "OK OK I'll be the one to say it. If I never see Prince Harry's bare feet again it'll be too soon."

While a fourth said: "I wonder why we have to look at his dirty feet."

The upcoming arrival will be a younger brother or sister to 21-month-old Prince Archie and will be the eighth in line to the British throne.

A Buckingham Palace spokesman said: "Her Majesty, Duke of Edinburgh, Prince of Wales and the entire family are delighted and wish them well."

Harry and Meghan are currently living in southern California after quitting as working royals last year.

The news comes on the 37th anniversary of Harry's mother, Princess Diana, announcing she was pregnant with him in 1984.

Their second child will automatically get an American passport if born in the US.

The announcement is just months after the duchess revealed she had suffered a miscarriage last July, writing of feeling "an almost unbearable grief".