The HMS Trent, a 90-metre warship, had to be dragged back to its first port of call in  Gibraltar, just nine days after setting sail from Portsmouth.

The £100million patrol vessel was supposed to join a Nato mission targeting terrorists and  human traffickers. 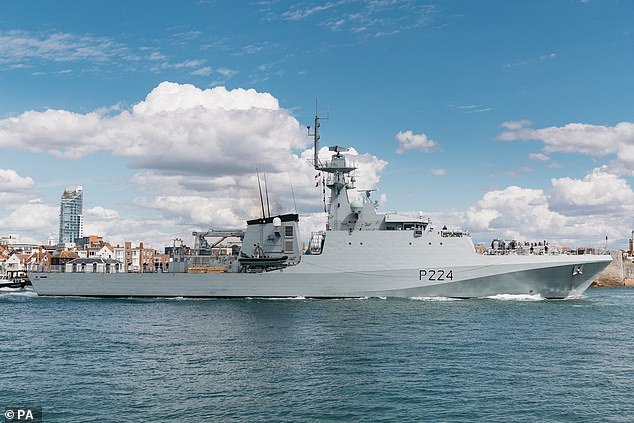 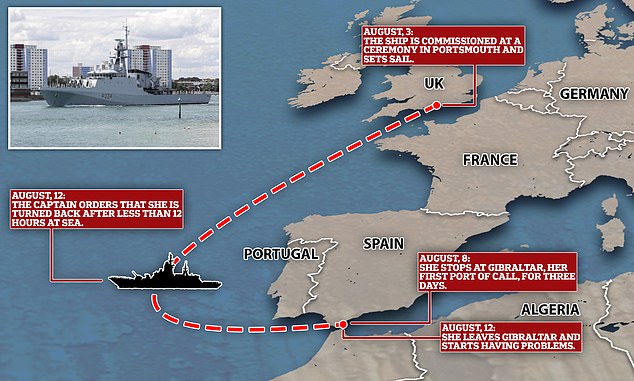 The ship left Portsmouth, travelled to Gibraltar where is stayed for three days before having issues on the same day it left

‘This is like a brand new Range Rover Sport breaking down on the way home from the showroom,’ a source told the Sun.

The ship reached its first port of call, Gibraltar, six days after she was commissioned in Portsmouth and set sail on August 3.

She spent three days in Gibraltar and started experiencing issues when she set sail again on Wednesday.

The captain ordered her to turn back after only 12 hours at sea.

Once they were back they had to call out the tugs to help the ship back into the harbour.

A source said: ‘Patrol vessels are nimble ships and it was a really calm day. She shouldn’t need tugs to berth.’

The ship, built by BAE systems on the Clyde, was experiencing a defect and was waiting for spare parts, the Navy said.

A source also insisted the issues the ship was experiencing was not a propulsion problem.

This is not the first navy vessel to  break down at sea.

HMS Queen Elizabeth, last year’s new aircraft carrier, had to return to port because she was leaking.

A Type 45 destroyer, HMS Dauntless, has had a total of six days at sea since it first set sail in 2016 also because of engine problems.