Russia cause huge shock as they beat Spain on penalties Russia give Spain penalty pain! Home nation knock out one of the tournament favourites in the World Cup’s first shoot-out… and make England’s route to the final even easier

Russia are through to the quarter finals of the World Cup after the a dramatic penalty shootout against Spain.

The host nation held the Spaniards to a 1-1 draw sending the tie into penalties for the first time in this year’s tournament.

England’s chances of a World Cup final place increased after Spain, who were considered one of the favourites, were eliminated. 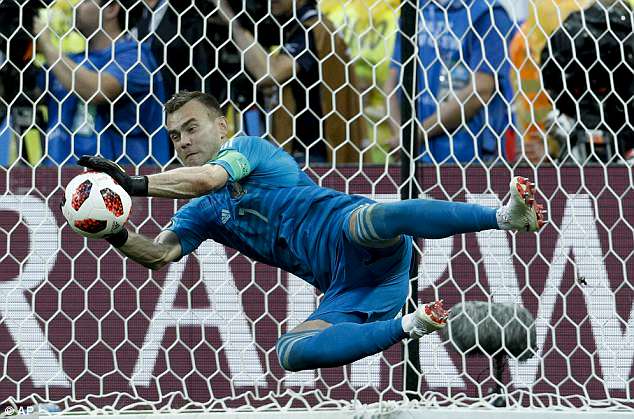 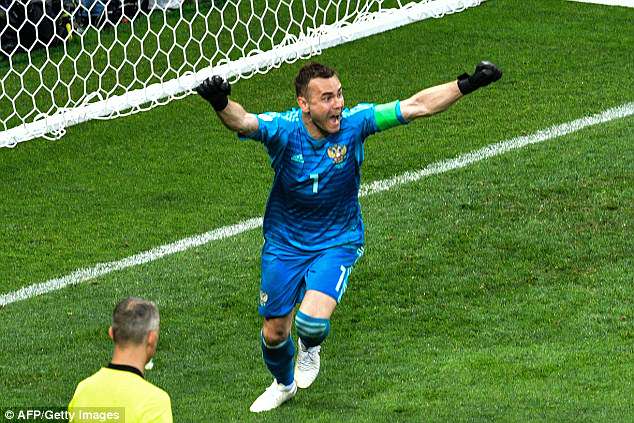 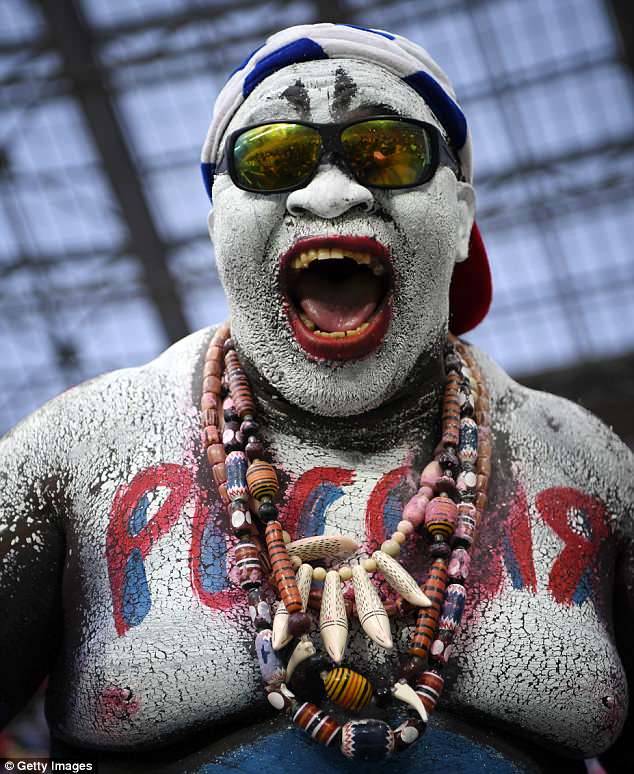 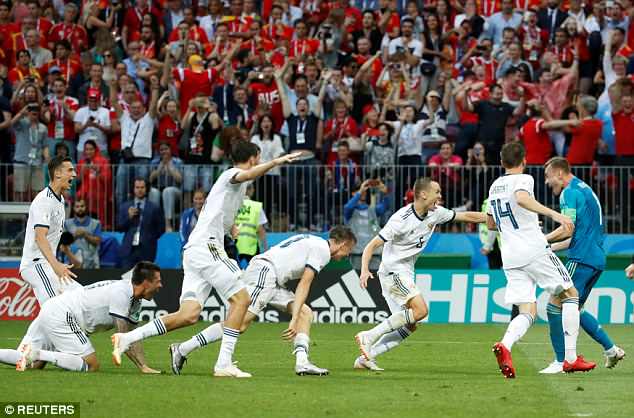 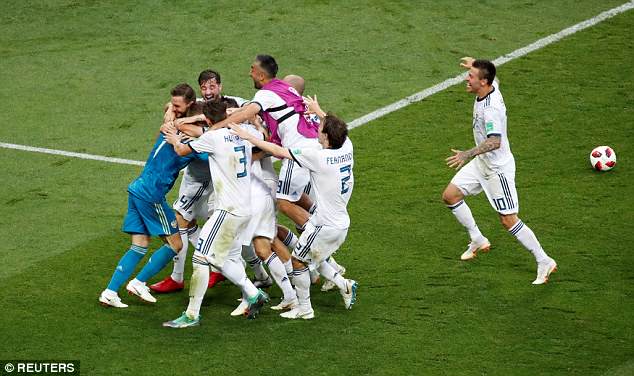 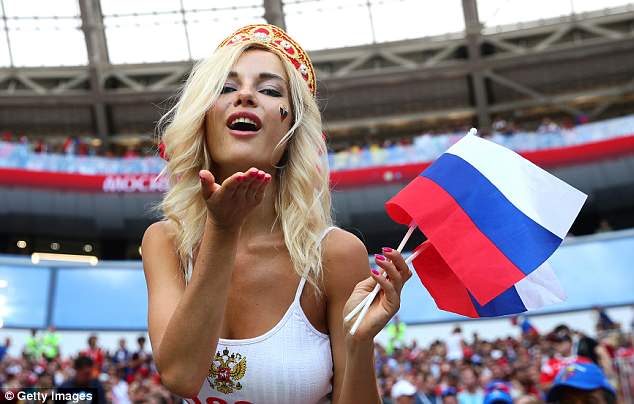 Russia held the Spaniards to a 1-1 draw which sent the tie into penalties for the first time in this year’s tournament. Pictured: A delighted Russia fan blows a kiss after watching her team win

The former champions would’ve been one of England’s major obstacles on route to the final on July 15.

The hero of the hour was Russia goal keeper Igor Akinfeev who saved two penalties.

Spain were expected to be the major contenders on England’s side of the draw.

They were the only previous winners left in the side of the draw that England feature in. 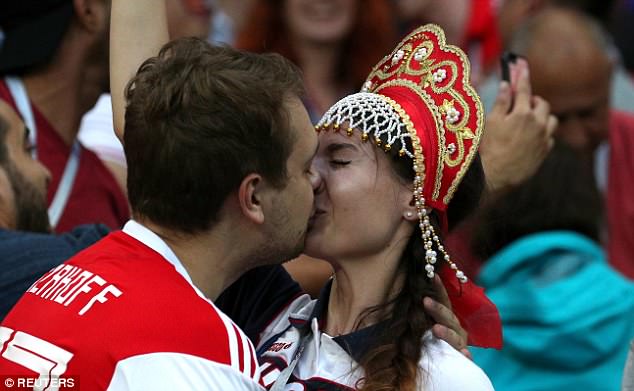 Sealed with a kiss! Fans rejoiced after watching the host nation send Spain home on penalties 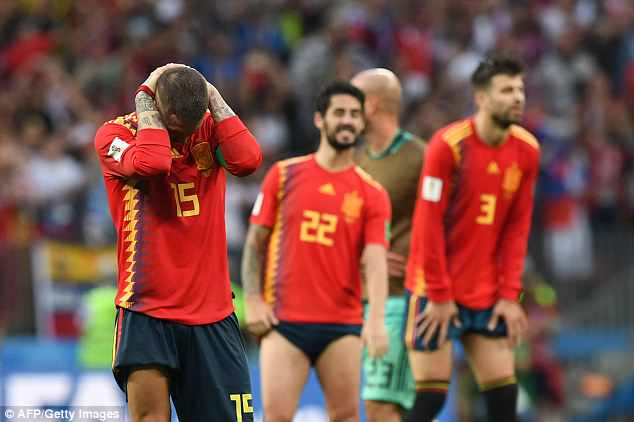 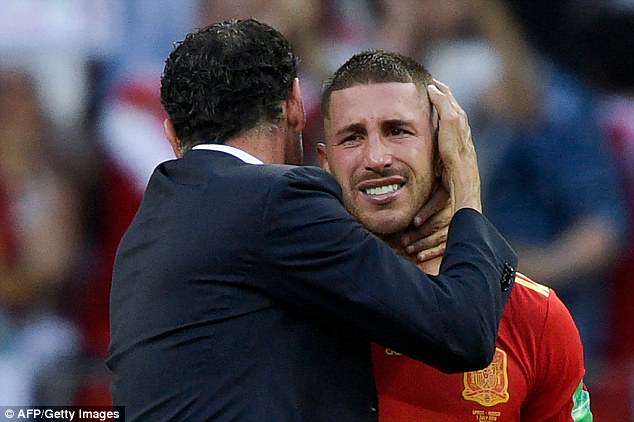 Gareth Southgate’s men are likely now to have to beat Colombia on Tuesday and then face Sweden or Switzerland and then Russia or Croatia in the semi final.

Russia supporter Boris Brahaminov, 34, who studied for a political degree in London said: ‘This is an important victory not only for England but all the other countries in that half of the final stages.

‘It is also a great result for President Putin. Great Britain has been highly critical of our President and this World Cup.

‘If Russia had lost today it would have been embarrassing as it is only the second round and most Russians want us to win this tournament. 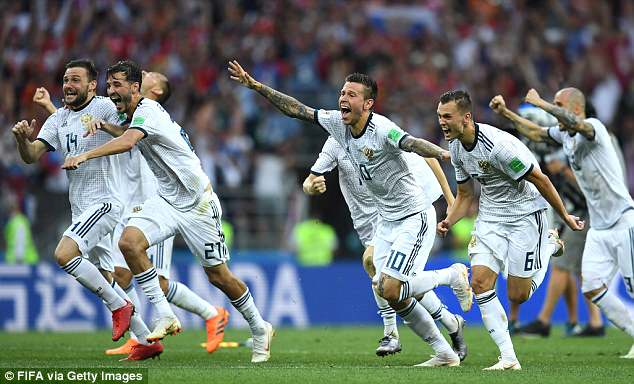 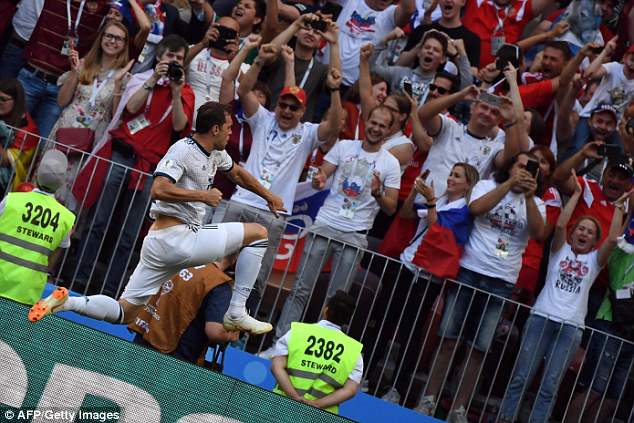 High-flyers: Russia’s forward Artem Dzyuba leaps through the air in celebration after scoring their first goal from the spot

‘For Putin it is a wonderful result. He wants to be there at he final with Russia having played a good tournament.

‘A lot of money has been spent on his World Cup and Russians will want to see some money coming back. ‘So it’s a political and sporting victory for Russia tonight.’

Russians danced and sang in the streets outside the stadium while Spanish fans hugged them and wished them well. 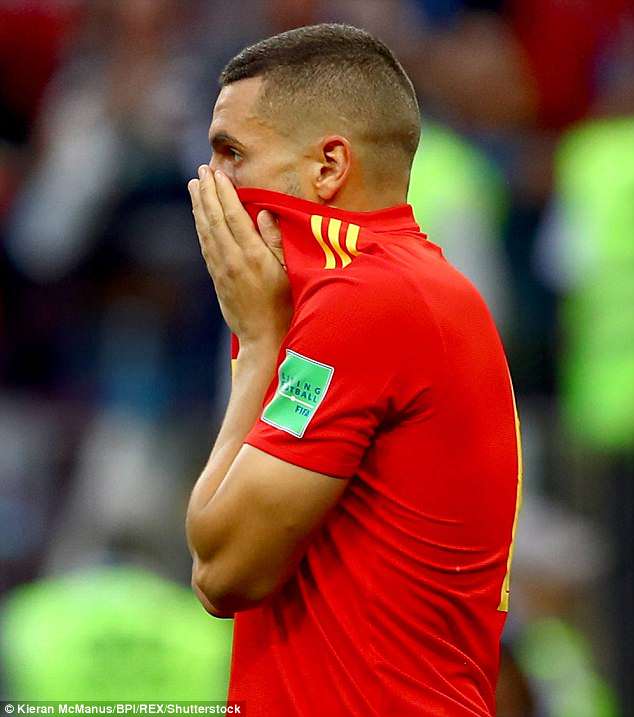 The fact that the hosts remained in the World Cup is a huge boost for the tournament as interest generally wains if the host country is eliminated.

Russian Natasha Vladiroma, 29, said: ‘It was a fantastic game. Russia lives on in the World Cup and we can win.’

Fellow Russia fan Alina Krjukova, 29, danced with her flag and said: ‘We are going to party all night and into the next night. 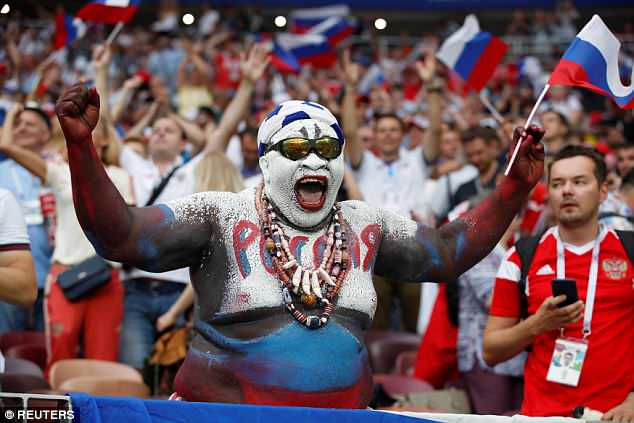 ‘That was one hell of a result. Bring on England and bring on anybody. Russia is going to win the World Cup and in Russia.’

The match was also a farewell to Spain’s long serving midfielder Andres Iniesta who is quitting international football after a glittering career.

Fittingly he stepped up first to take the initial penalty after the match finished 1-1 after extra time.

He buried the ball beyond the Russian keeper but two of his team Mates failed to score with theirs.

The night was also a disaster for Manchester United’s David De Gea who could not stop any of Russia’s spot kicks and also failed to keep out a first half penalty equaliser for Russia.