AT LEAST nine people have reportedly been killed – including a number of children –  in a school shooting incident in Russian city Kazan.

Kids were reported to be jumping out of classroom windows to escape the attack. 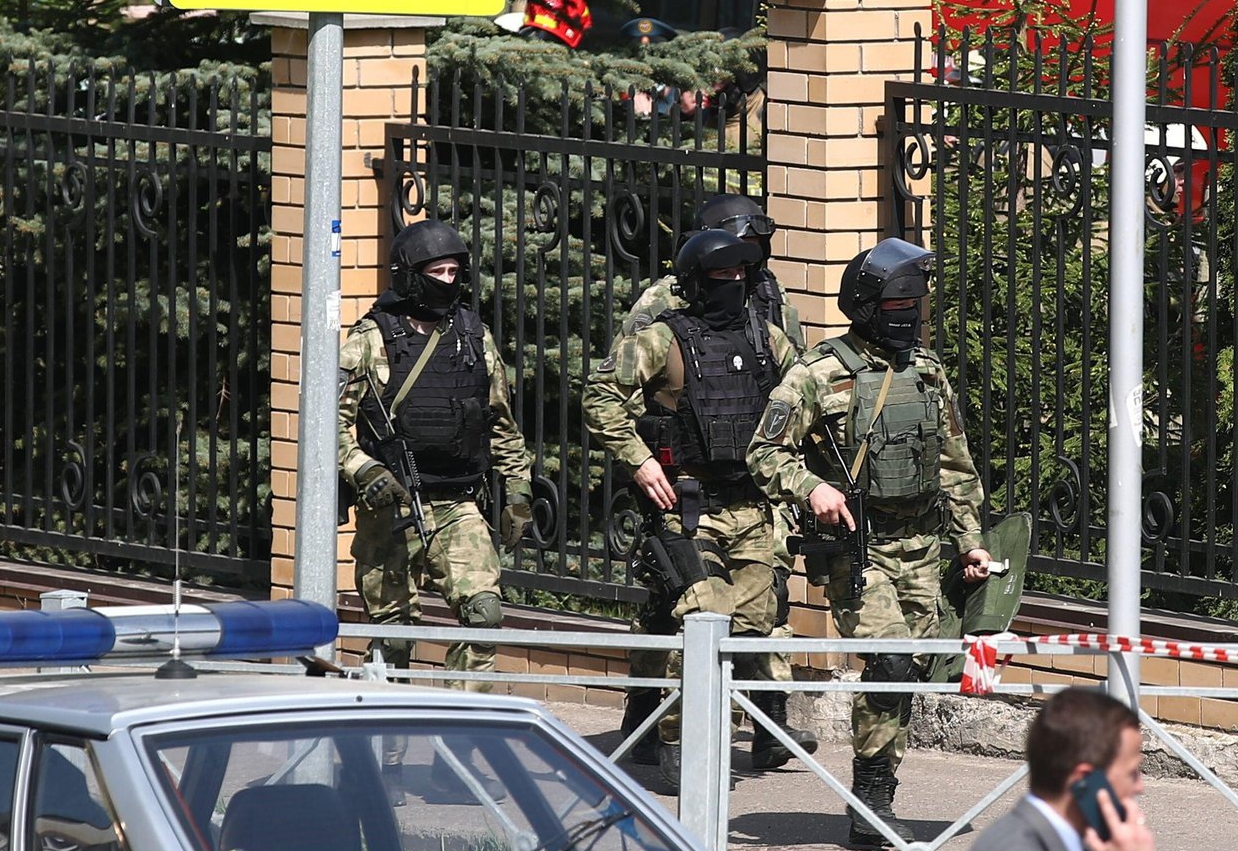 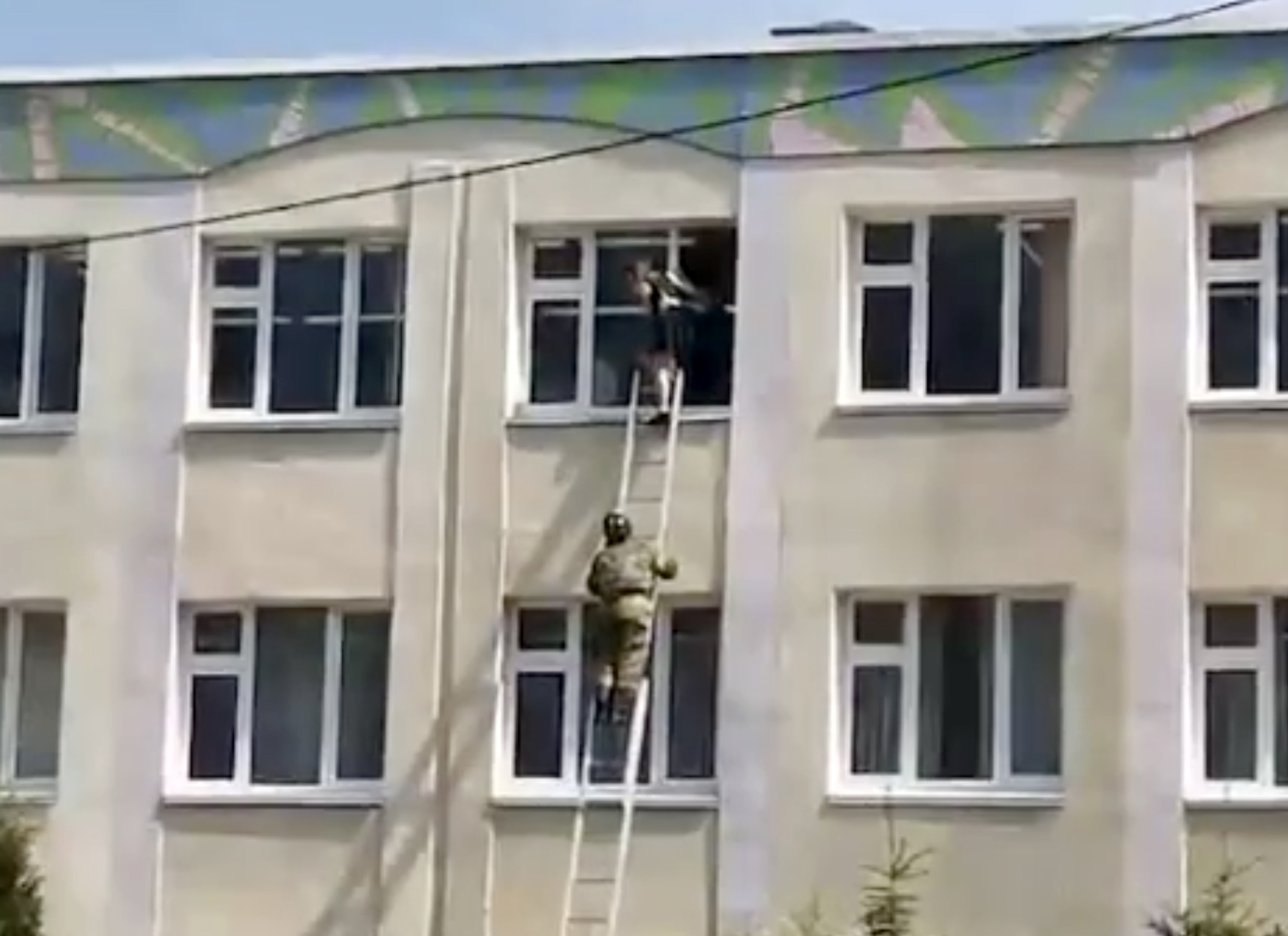 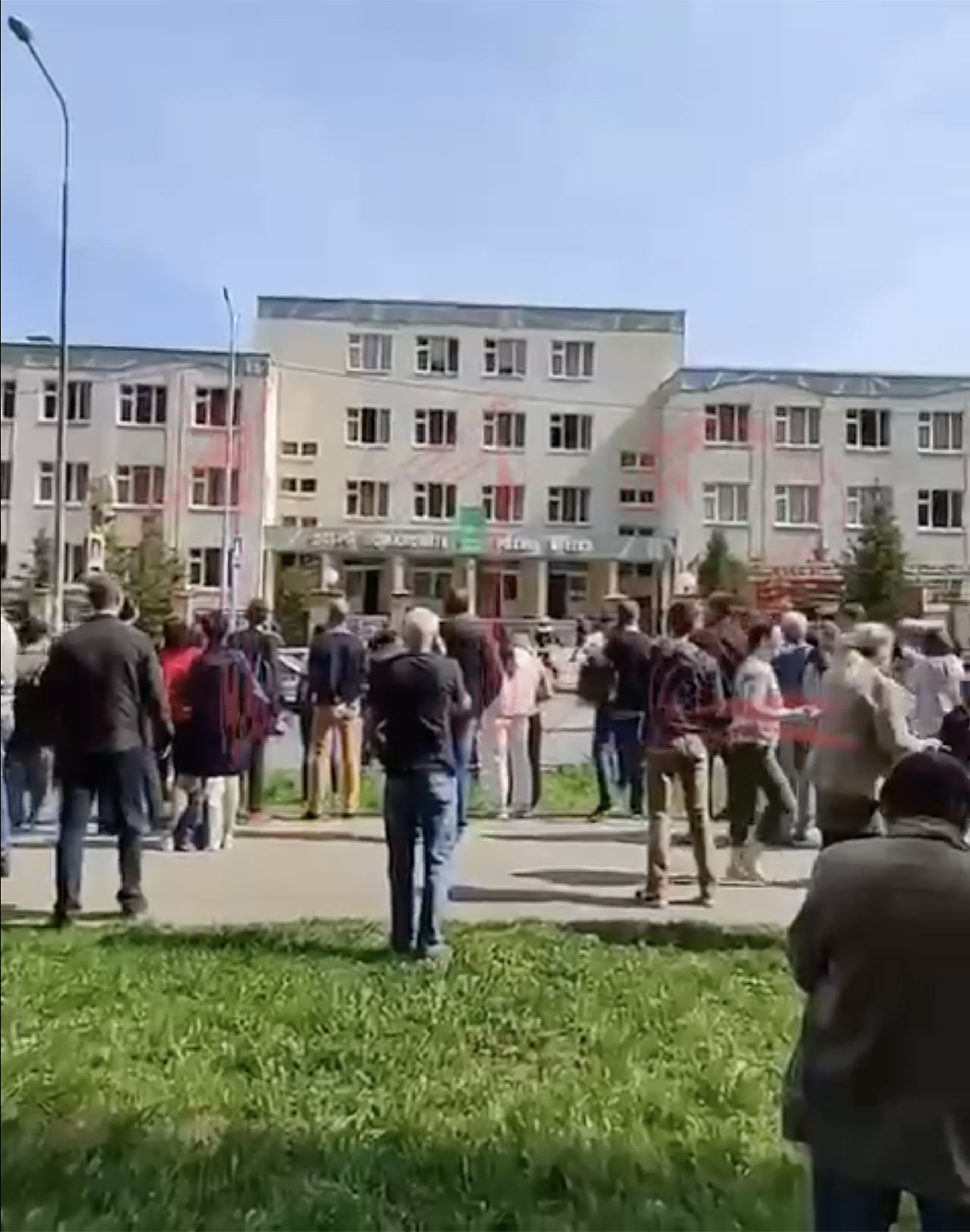 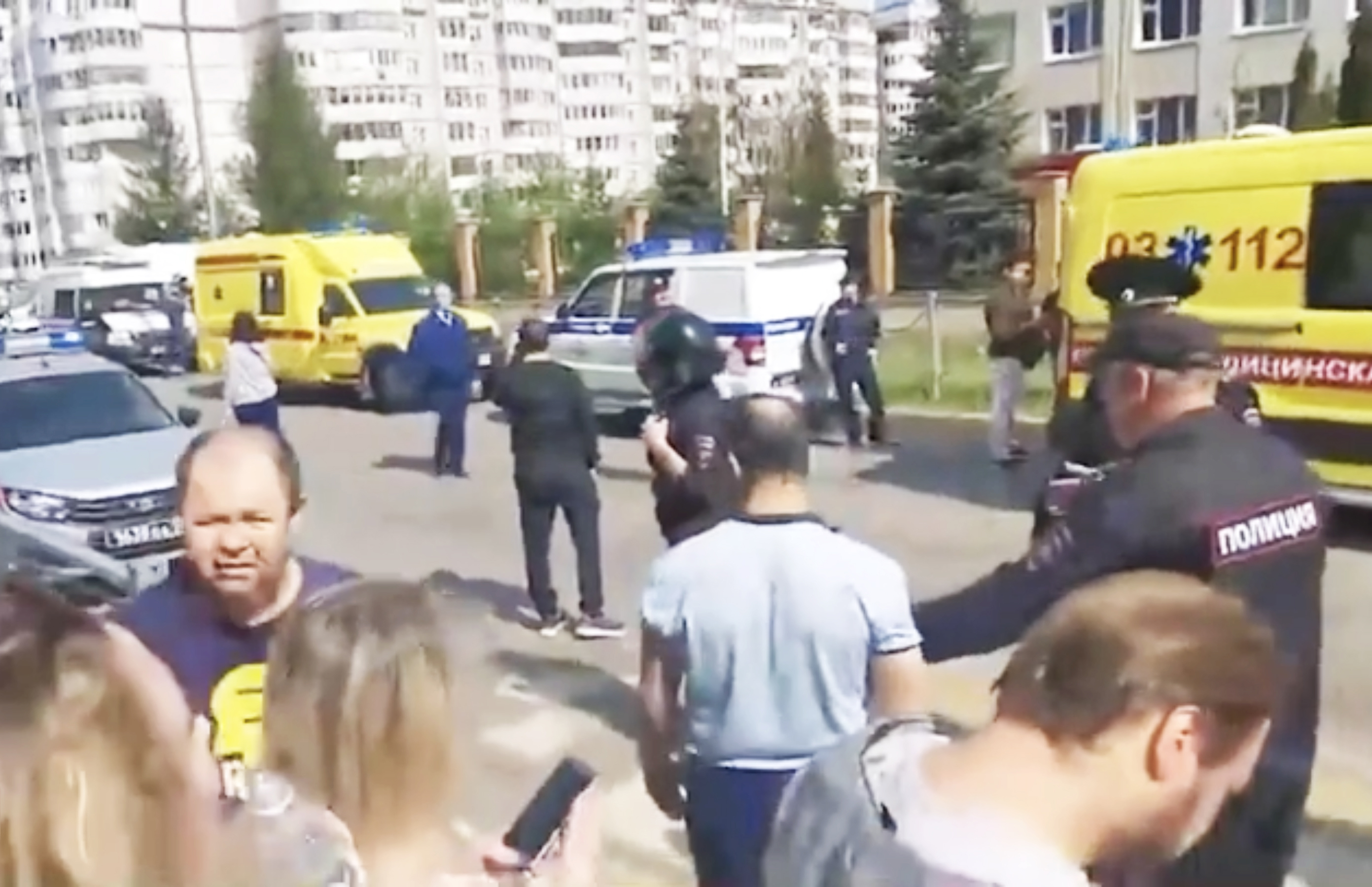 An explosion was also reported.

A pupil, 15, said: "They took us out. First they told us to lock ourselves in the room, we locked ourselves in.

“Then a strong explosion thundered, and in a minute the shooting began."

According to TASS, two gunmen opened fire at the school, with one reportedly holding hostages in the building.

Video footage shared on social media showed emergency service vehicles parked outside the school, with people running towards the building.

Other videos showed broken windows with glass outside.

Further footage from inside the school appeared to show the aftermath of the reported explosion, with debris strewn across the floor.

An unconfirmed report from BAZA said that nine were killed including two 14-year-old boys, with a further ten people injured.

One report said that a teacher and seven pupils were killed.

There were claims the attackers were students but later one shooter was named by the media as Ilnaz Renatovich Galyaviev, 19.

He reportedly killed seven eighth graders – aged 13 to 14 – and one teacher.

TASS reported a teacher and six children were killed. 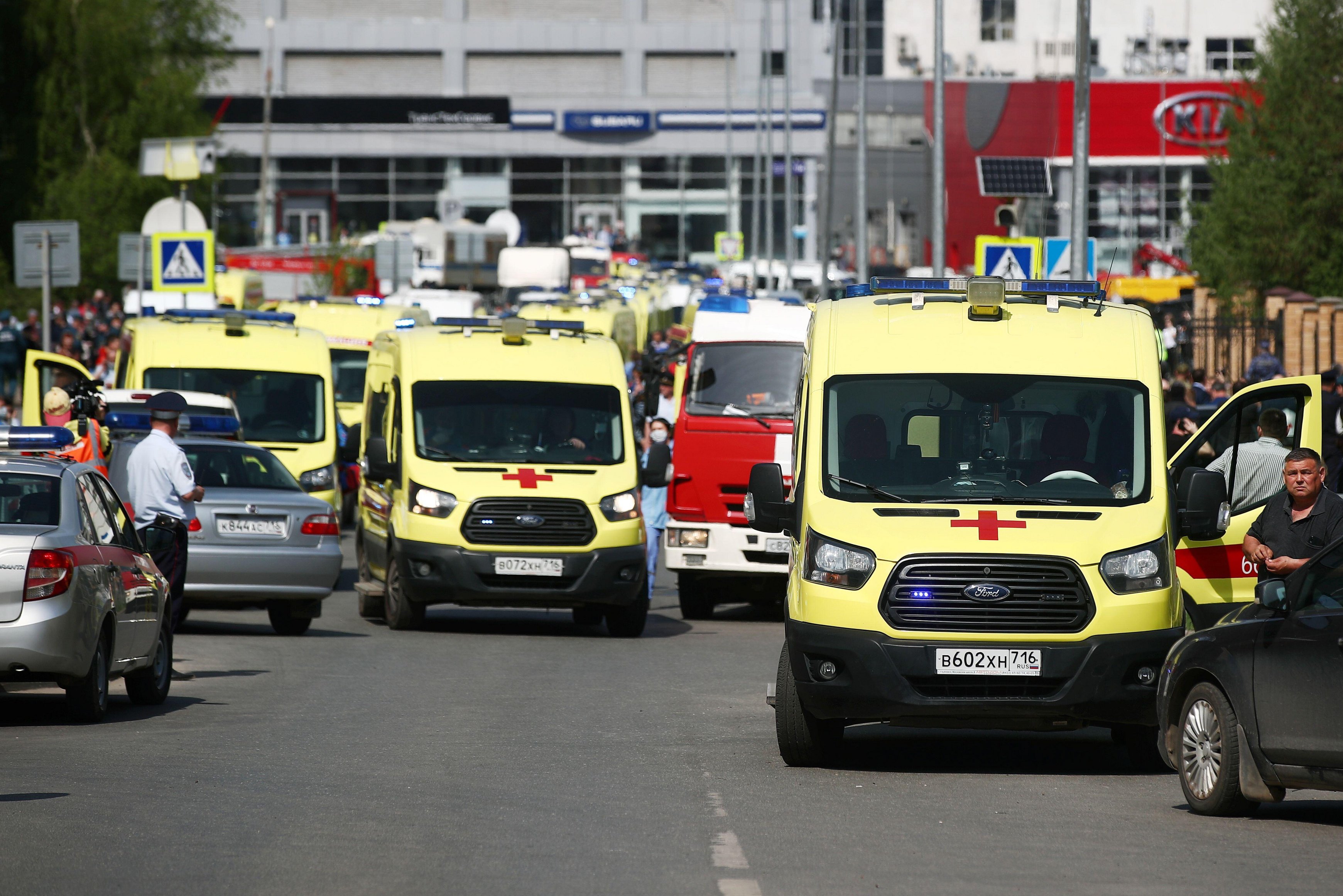 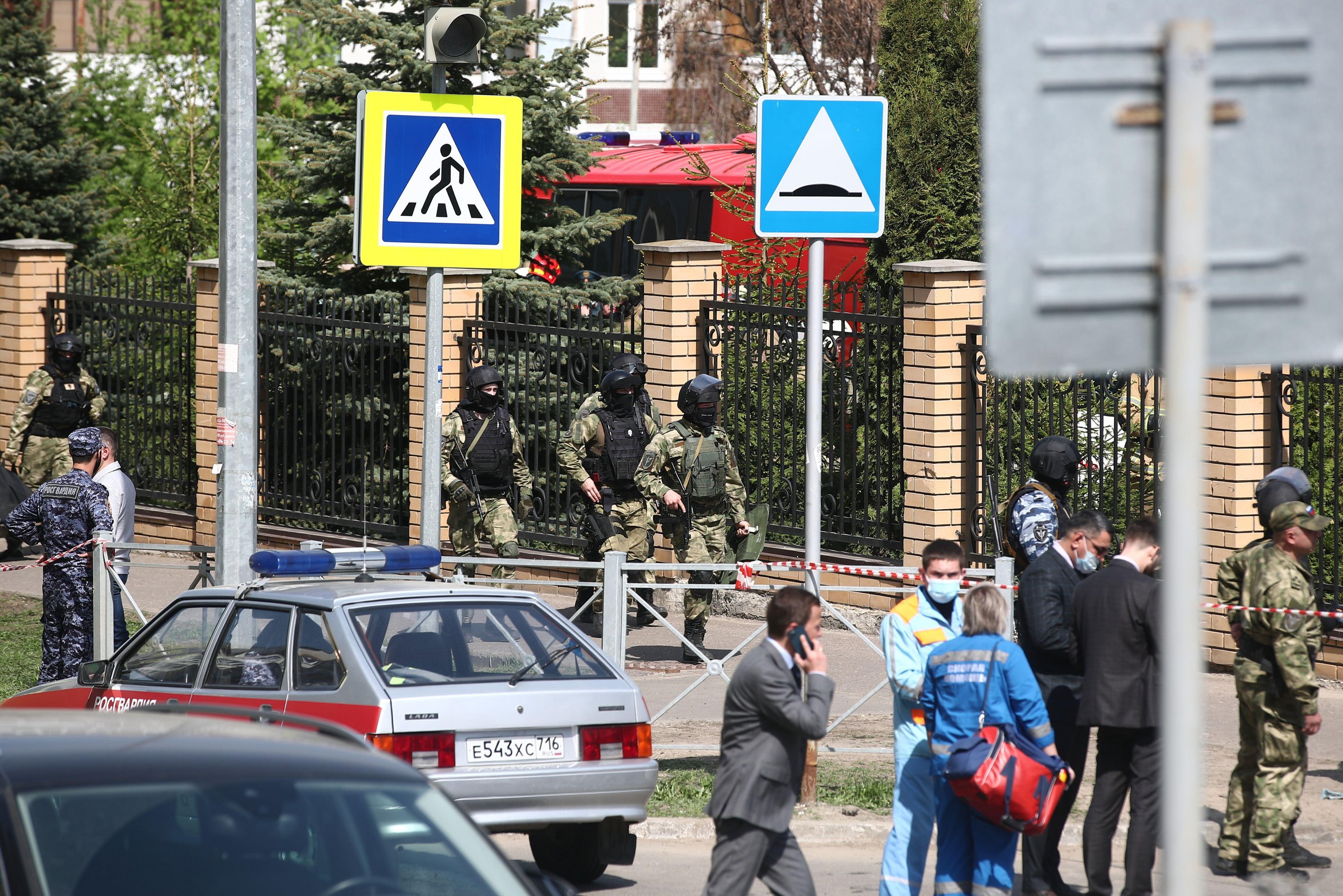 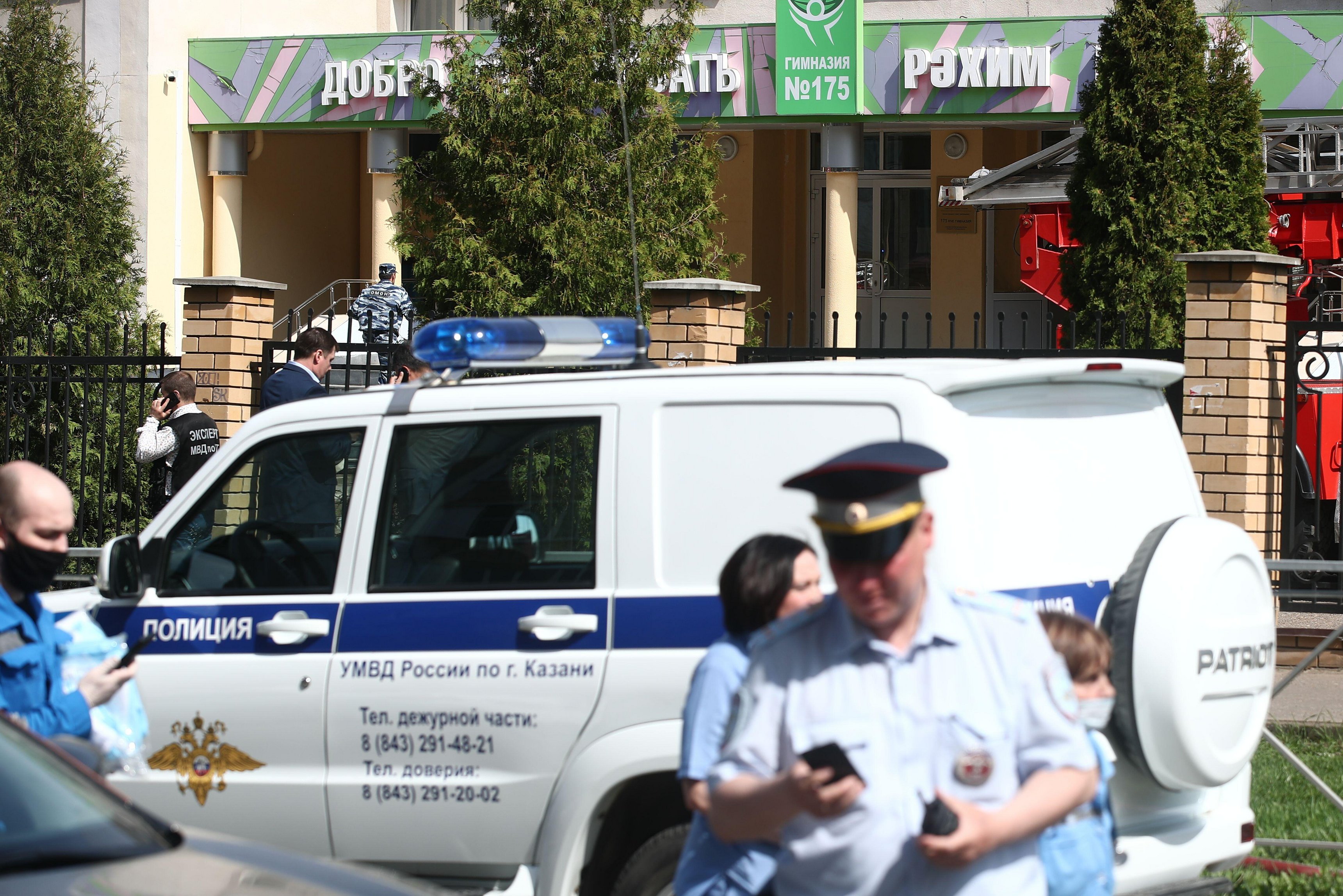 When he was detained, he said that he had planted a bomb at the place he lives.

One attacker was seen being overpowered by police on the steps of the school on Faizi Street in Kazan, a mainly Muslim city.

Another remained in the school, reports said.

Later it was reported the second attacker had been detained by police on the fourth floor of the school.

Interfax was told that a student carried a weapon to school and injured classmates.

Firefighters used ladders to evacuate children from the upper windows of the school building. 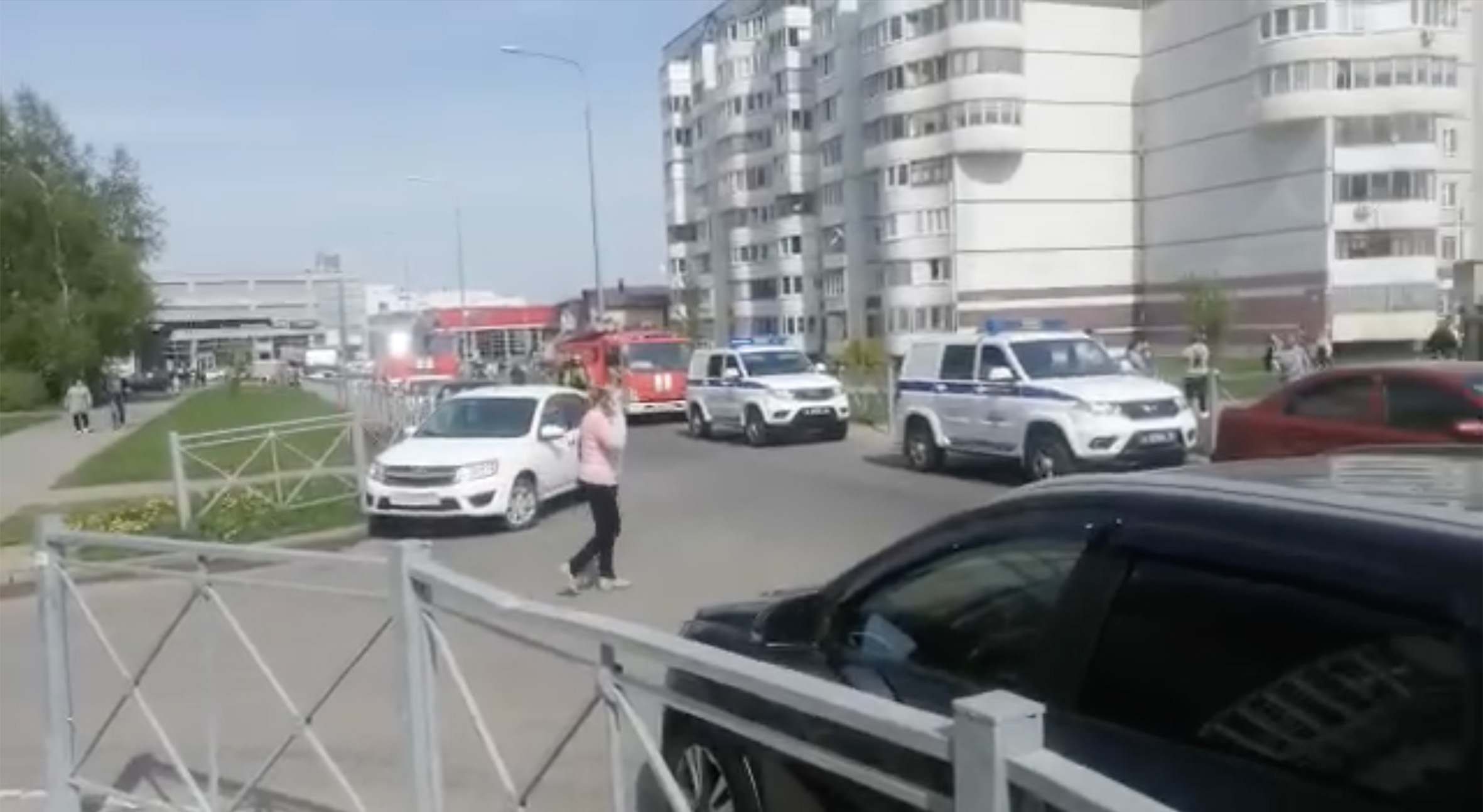 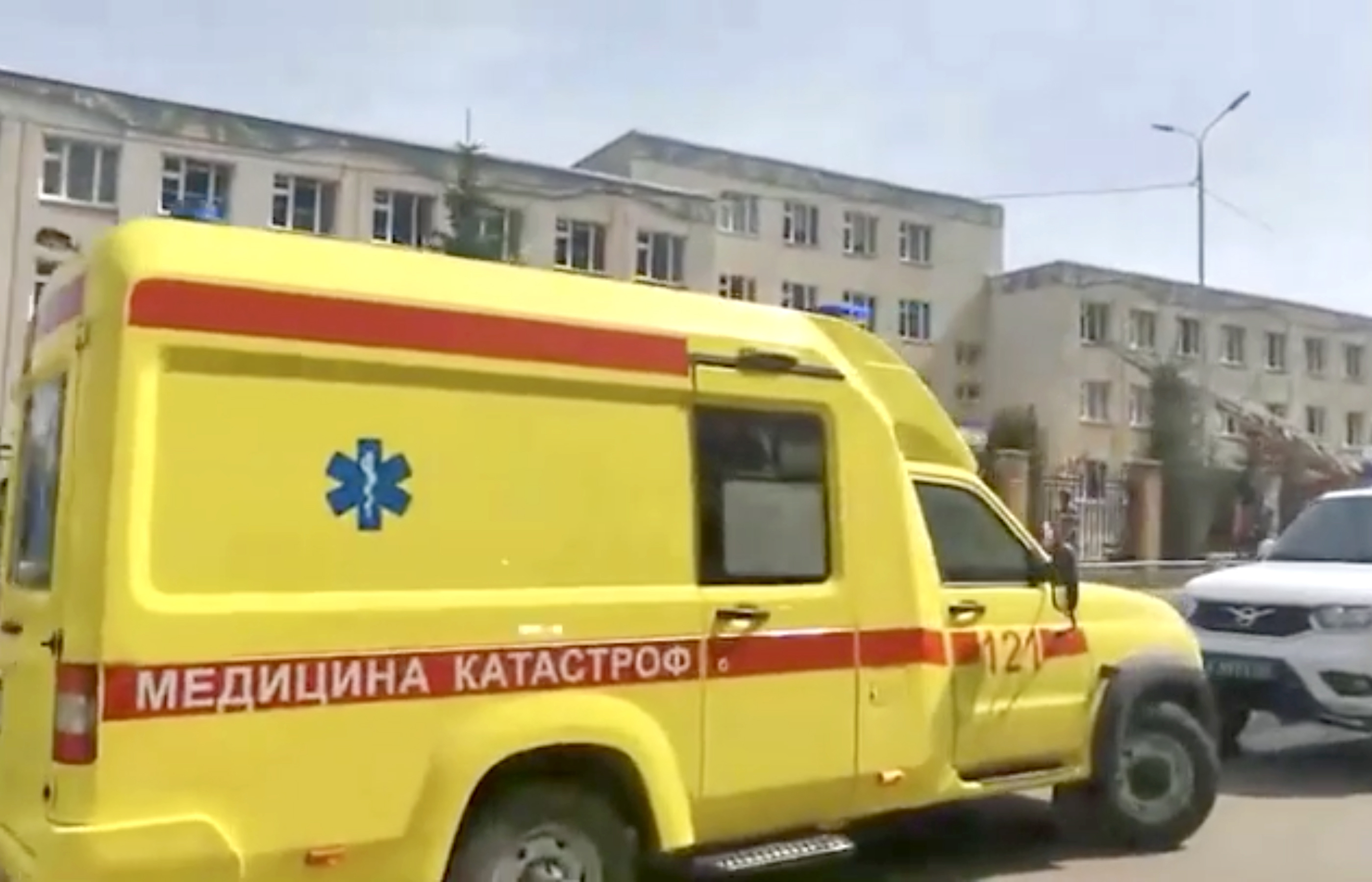 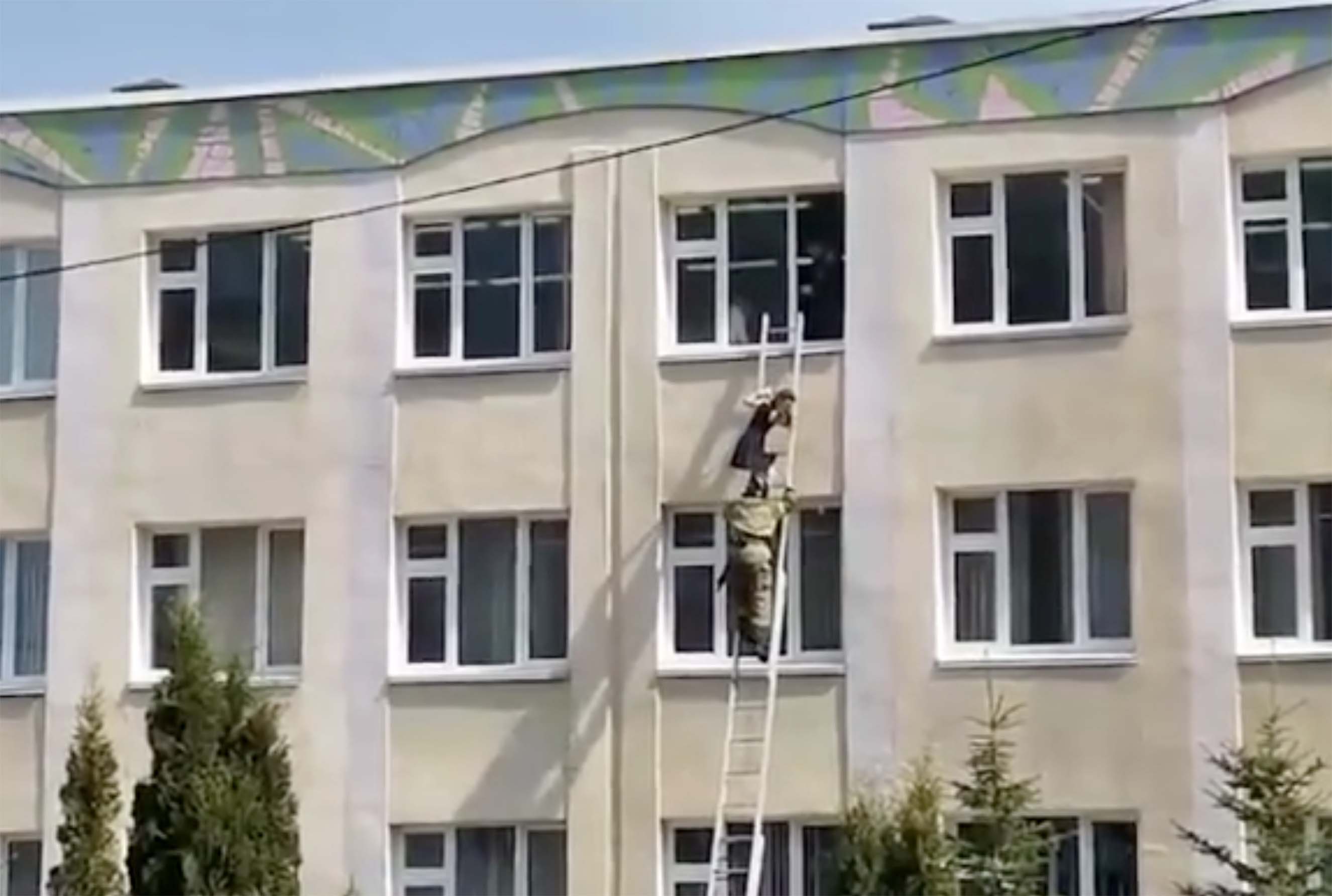 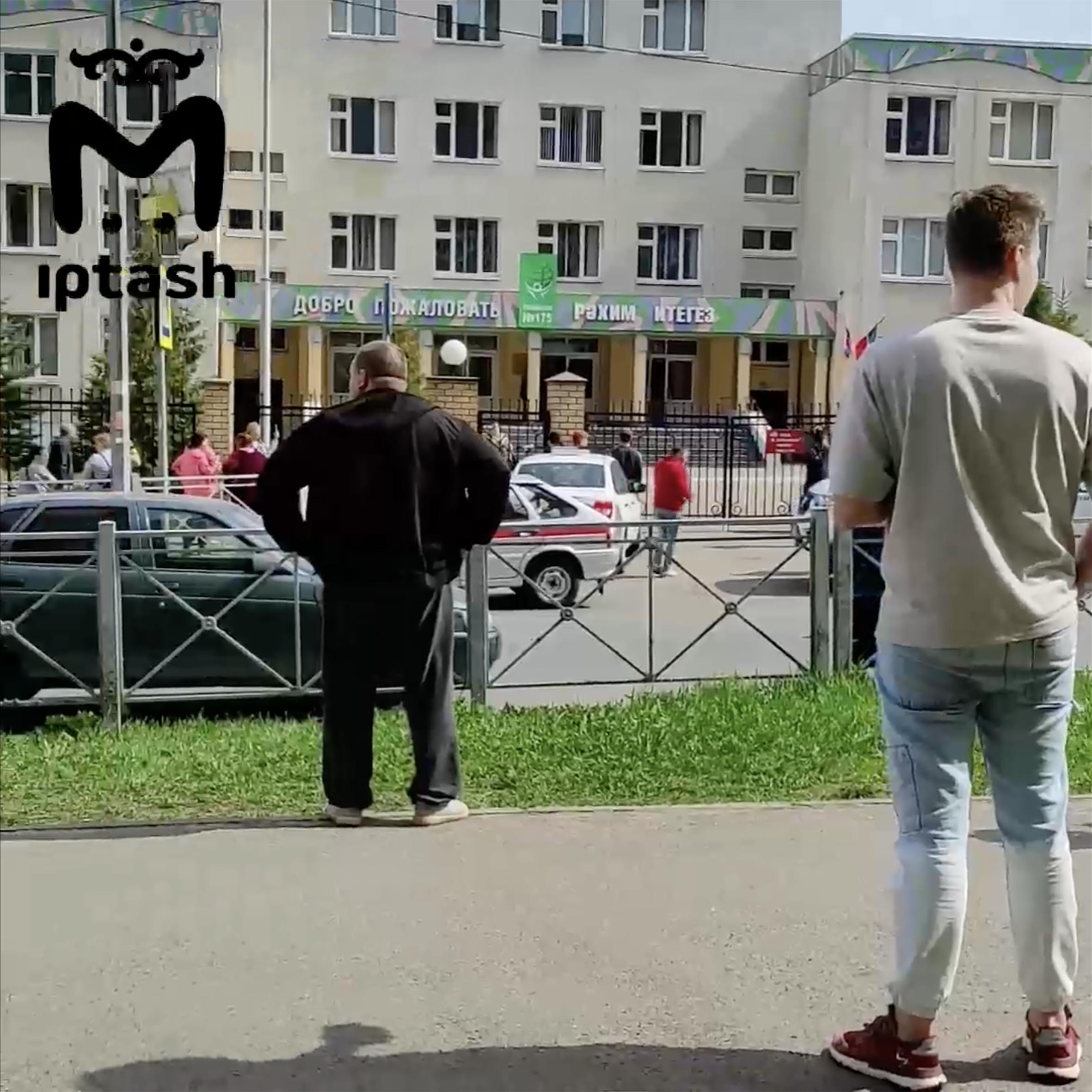 A large crowd gathered outside the school including worried parents.

Doctors were called to the school.

Security forces and emergency services were at the scene.

"The prosecutor of the Republic of Tatarstan Ildus Nafikov left for the scene. The circumstances of the incident are being investigated," said an official.

Pupils were being evacuated from the school.

Kazan is the capital of mainly Muslim Tatarstan, an oil-rich region on the Volga River.

“There were almost no children at that moment, since the lesson was already underway.

“One of the shooters tried to escape through the window.”