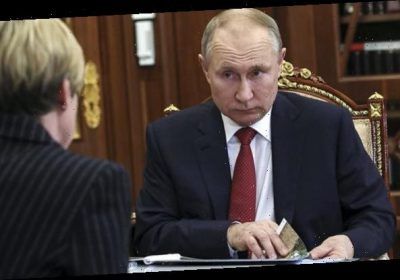 Putin vows to take down Twitter: Service will be blocked in Russia in 30 days if it does not delete ‘banned content’

Russia has threatened to block Twitter within 30 days unless the site acts to remove what the government refers to as ‘banned content’.

But critics say the crackdown is actually an attempt to stop Putin’s political opponents organising rallies, as they did in a number of cities earlier this year.

Subbotin issued his threat just a day after Putin’s main critic, Alexei Navalny, posted his first update from inside jail – sharing an image of himself with a shaved head. 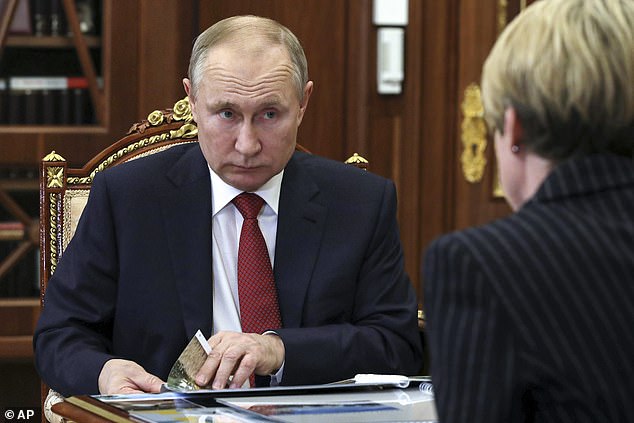 ‘Twitter is not reacting to our requests as they should. If the situation carries on then it will be blocked in a month without a court order,’ Subbotin said.

It comes a week after Subbotin announced that Twitter’s internet speed would be slowed down unless it removed the offending content.

Meanwhile Twitter is also being sued in Russia for allegedly failing to delete material encouraging children to join anti-Putin protests.

Twitter said at the time that it was worried about the impact on free speech despite Russian laws specifically outlawing children attending protests.

Russia has also railed against social media sites for censoring state-controlled media such as RT, which have been branded propaganda sites by foreign governments.

Back in January, Putin personally accused social media giants in January of ‘controlling society’ and ‘restricting the right to freely express viewpoints.’

Around 9million Russians are thought to use Twitter, just eight per cent of the country’s total population, though it is the favoured means of communication for Putin’s critics including the likes of Navalny.

The dissident is a prolific user of social media, mostly Instagram, while his spokeswoman Kira Yarmysh frequently posts on Twitter.

He uses the sites to bypass Russian censors which have banned him from TV and the airwaves, and promote anti-corruption investigations into Putin.

Putin denied the allegations but they were enough to spark some of the largest protests against his leadership since he became president in 2000.

The move against Twitter is part of ongoing efforts by the government to tighten control over social platforms.

In 2014, the authorities adopted a law requiring online services to store the personal data of Russian users on servers in Russia and have since tried to make Facebook and Twitter to comply with it.

Both companies have been repeatedly fined, first small amounts of around $50 and last year the equivalent of $63,000 for not complying.