School SCRAPS pupils’ uniforms as temperatures soar to over 90F School SCRAPS pupils’ uniforms as temperatures soar to over 90F (and teachers are getting in on the act too)… so do YOU approve?

A school has scrapped its uniform to cope with scorching temperatures, leading its headteacher to ditch his tie for the first time in more than four decades.

Pupils at West Park School, in Spondon, Derbyshire, have been told they can leave their formal school uniforms at home and wear their PE kits, as temperatures in the city reach highs of 90F (32C).

Teachers have also been wearing less formal attire to school and headteacher Brian Walker, who put the idea forward, has gone tie-less for the first time in 45 years. 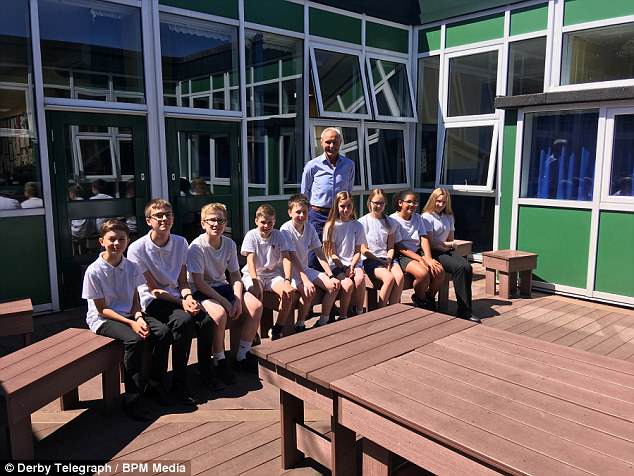 ‘The weather we have experienced is extraordinarily hot and, as this is an old building, on some days it is not as cool as many modern day air-conditioned buildings,’ he said.

‘Therefore, we are doing everything we can to ensure that our pupils have the best learning environment possible.

‘We have taken the decision to let them come to school, if they wish, in their PE kits, as long as they bring a second kit should they have PE that day, to optimise their learning. 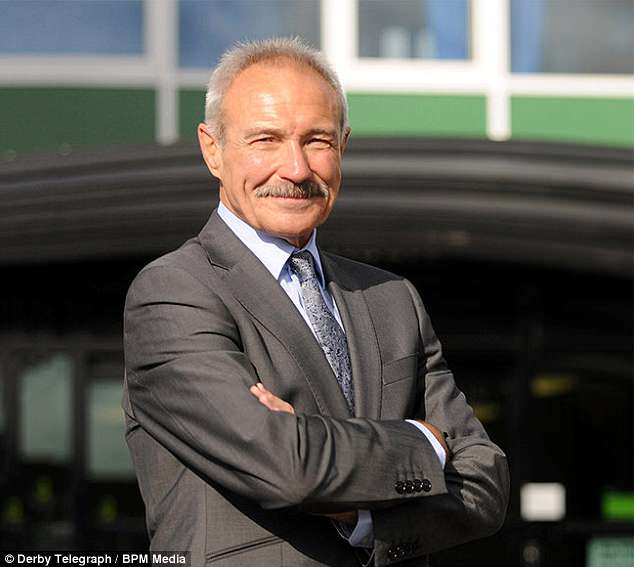 ‘It must be their PE kit, they must still be part of the values of the school, they can’t wear their t-shirts or Bermuda shorts. While the children are at school, we want to care for them.’

The students attended school on Monday in their normal uniforms, which  consists of a white polo shirt and dark shoes, with black trousers for boys and a black skirt for girls.

As the heat increased, though, it was decided that the students could wear their PE kits from Tuesday and many have taken up the offer.

Mr Walker said: ‘Many were getting hot and bothered on Monday and they started wearing their kits on Tuesday. 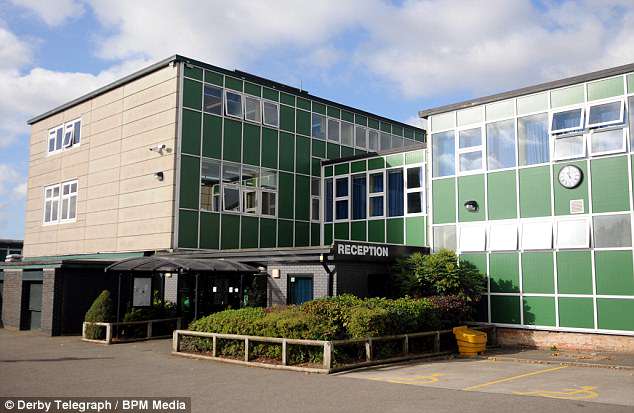 ‘If you walk around the school classrooms now, you can hear the hum of learning as you would do on any normal day at school.

‘A lot of the students have taken up the offer, but is their choice and if they don’t want to then they can come in their uniform, whatever is comfortable for them.

‘The staff have joined in too and, I must confess, this is the first day in 45 years that I have not worn a tie as the conditions are so hot.’

Pupils at the school have praised the head for letting them wear their PE kits.

Matty Ferguson, 12, said: ‘I think it is a really good idea and has really helped me keep cool.

‘The weather has been really nice over the last few days, but we were getting hot and bothered at school and wearing the PE kits have made it much easier to do our work in lesson.’

The school will be reassessing each day on the weather situation and says it will inform parents either through texts or on their school Facebook page on any updates on what to wear at school.