The ‘messy’ assassination attempt on Sergei Skripal and his daughter on a rainy day in Salisbury may have led to Novichok getting on their shoes and being spread further than thought across the city with every footstep, it was claimed today.

The so called ‘Novichok trail’ that crosses Salisbury may have got worse because the nerve agent may have been on Sergei and Yulia Skripal’s hands and feet.

Experts believe that the weapon was smeared on the handle of Sergei’s front door but the ‘messy’ attack and heavy rain saw it diluted and spread on the step and drive.

The Novichok came in gel form but with traces of it all over the place for two miles it has not been possible to locate when exactly it was administered – and the zone could be larger than thought. 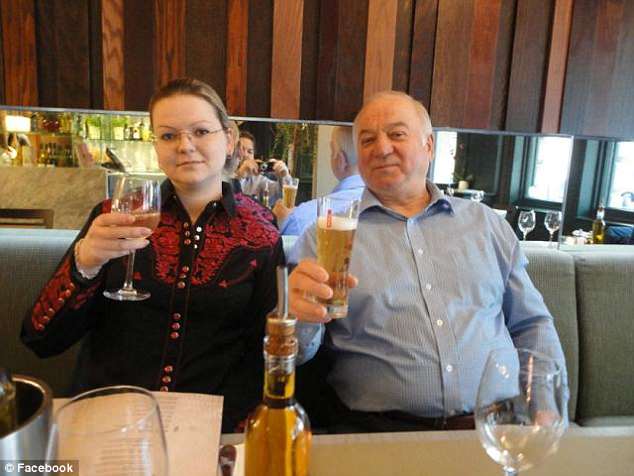 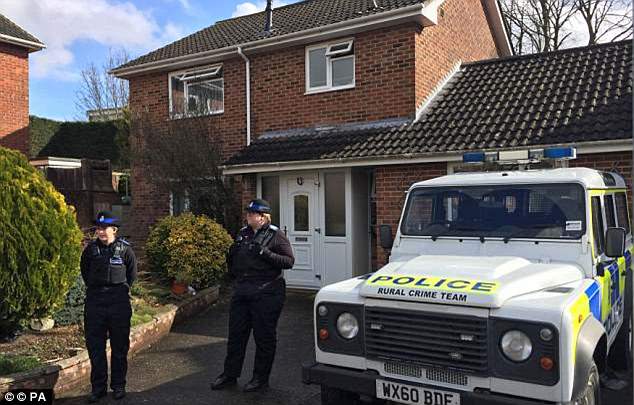 There is also no CCTV focussed on Mr Skripal’s modest home despite him being one of Russia’s most prominent defectors, according to The Times. 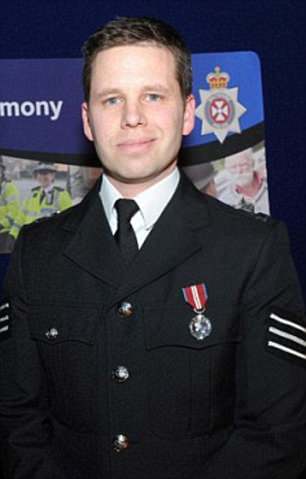 The spread of the weapon also injured Detective Sergeant Nick Bailey because it got through his police issue gloves.

An Army nurse first on the scene was vomited on by Mr Skripal after he fell ill but has also recovered.

Eyewitnesses said the Russian was ‘shouting and swearing’ as he drank white wine during a 45-minute meal at the rear of a branch of Zizzi, away from other customers.

The pair, who ate seafood risotto and garlic bread, left quickly after demanding a discount on their food, claiming it was prepared too slowly. Experts are trawling through hundreds of hours of CCTV to identify what happened, and when.

They were found almost unconscious and ‘staring into space’ on a bench overlooking the River Avon in Salisbury.

Three children are understood to have been taken to hospital after taking bread from Sergei Skripal to feed ducks in the Salisbury park where the double agent was found poisoned.

The youngsters were rushed to hospital for blood tests amid fears they had come in contact with the deadly nerve agent Novichok.

Mr Skripal, 66, is thought to have given the children – all boys – the bread to throw into the river in Avon Playground, but one of the boys ate the slice handed to him.

Despite consuming it he is believed to be fine. At least 21 people needed hospital treatment and dozens more were under observation. 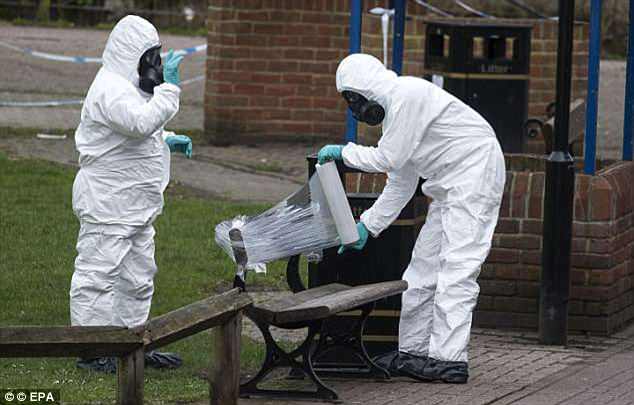 Army officers remove the bench, where Sergei Skripal and his daughter were found in Salisbury, one of hundreds of sites sealed off

Russia has repeatedly denied any responsibility for the nerve agent attack, in which the Skripals were found critically ill on a bench in Salisbury city centre on March 4.

It was initially feared that the father and daughter had little chance of surviving the deadly poisoning, which left them in a coma for several weeks.

Their ‘exceptional’ recovery has been attributed to the early detection of the nerve agent and rapid administering of treatment by the emergency services. 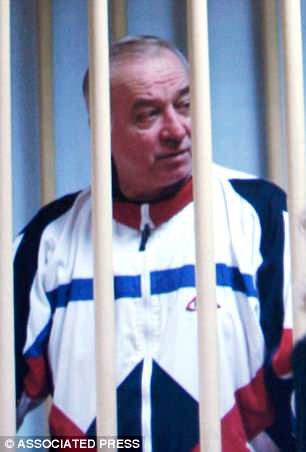 Sergei, pictured in a Moscow court in 2006, and Yulia have both made an ‘exceptional’ recovery

Announcing a mass clean-up operation last month, the Government warned that diluted amounts of the nerve agent could still be present in parts of Salisbury visited by the Skripals on the day they fell ill.

Cordons around affected areas will be expanded over the coming weeks and a multi-million pound decontamination operation will take months to complete, the officials said.

Neighbours of Mr Skripal in Salisbury, where the highest concentration of the poison was found, have been warned they may even need to be relocated during the mass clean-up.

Even blades of grass and paving stones around the shopping centre where the Skripals collapsed will have to be dug up and incinerated before the area can be reopened.

That is because the highly-durable poison does not evaporate and can only be broken down with specialist cleaning chemicals, according to Government scientists.

Some 190 Ministry of Defence personnel will spend the coming months painstakingly searching for traces of Novichok, which can only be broken down with specialist equipment.

Affected sites will need to be thoroughly cleaned and tested before they are considered safe to the public. Most of them will be blocked off with wooden screens during the clean-up.

In total, there are nine areas known, or thought, to be contaminated.

They include Mr Skripal’s home, the Maltings shopping centre where the former spy and his daughter collapsed on March 4, and the Zizzi restaurant and Mill pub where they spent time earlier that day.

Experts will also decontaminate two ambulance depots, a police station, the car compound where the Skripal’s BMW was recovered, and the home of the contaminated police officer.