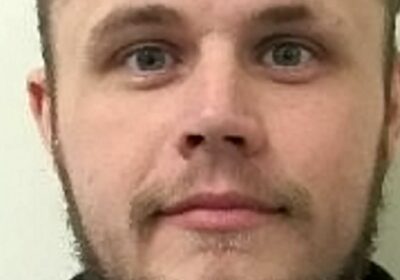 A serial burglar had a disgusting way of leaving his 'calling card' as he defecated on the floor during break-ins.

Damien Robinson, 31, was jailed for two years after stealing from a medical centre and hospital, pooing on the floor in the meantime.

He admitted eight burglaries, one charge of fraud, and failure to provide a sample for drug testing before being condemned to the prison sentence at Leeds Crown Court. The serial burglar already had 37 burglaries on his record.

His crime spree didn't stop there – the robber broke into Holden Smith Law at Cross Gates, on June 17, taking two laptops worth £650 and nibbling on some food he found there.

But it wasn't just his stealing that caught the attention of the court as he then left a pile of his own poo on the floor – something Mr. Jackson said became Robinson's 'calling card'.

Later, on June 26, he broke into Leeds' St James’ Hospital, stealing yet another laptop, headphones, a credit card and cash, which belonged to one of the surgeons working the night shift there.

Robinson used the credit card he had swiped to buy cigarettes, but scarpered from the shop where he was making the purchase when the cashier became suspicious of him.

The next day he was snuck into a charity shop where he pinched a till containing £50, before nicking a £6,000 bicycle the following day.

It wasn't until July 2 that he left his horrifying calling card, breaking into a building site using a screwdriver and nabbing a phone, two tablets and a laptop before removing his trousers once again to defecate on the floor.

He was finally snared when police caught him smashing the window of a fast food shop.

Once at the police station, Robinson refused to take a drug test.

Robinson already had a lengthy criminal record with more than 37 burglaries on his record already, Prosecutor Tom Jackson pointed out during the trial.

Mitigating, Philip Morris said in court: “It’s demonstrative of a very chaotic lifestyle. There’s some drug misuse but not necessarily at an addictive level. He leads a transient lifestyle.

"He sees the impending sentence as a means of drawing a line under this.”

The Recorder of Leeds, Guy Kearl QC, said: “You are heavily convicted for non-dwelling burglaries, and it’s been going on for some time. You left faeces, which is a disgusting thing to do."