A suburban handyman accused of murdering his elderly neighbour claims he stumbled across the 77-year-old’s body in the hallway of her home while breaking in during the night but maintains he did not kill her.

Stuart Anderson, 41, said he had first met Vicki Ramadan in early 2019 when she knocked on his door to ask for help to measure up her back fence for repairs. They developed a working relationship and said he began visiting her to carry out odd jobs. 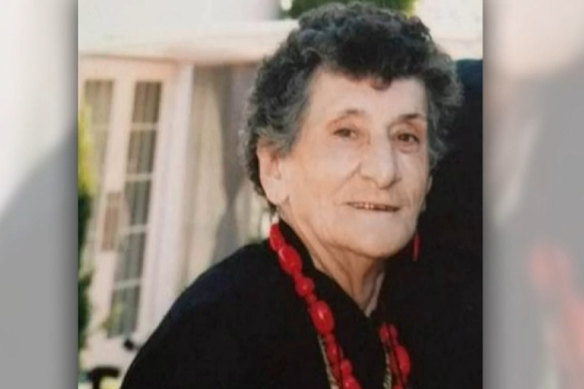 Vicki Ramadan was found dead in her Sydenham home.Credit:

But on Tuesday, a Supreme Court jury was told that in the months following her death, Anderson told police and a television news reporter lies including about when and how he found her body.

This included initially concealing the fact he broke into her home at 1.30am on April 6, 2019, to allegedly retrieve tools he had left inside. There, he said he had found his neighbour dead in the hallway. He waited almost seven hours to call the police.

“I felt sick, I was really nervous. A big shock of fear went through me,” he said.

“I ran out of there quicker than I walked in.”

Police allege that when they arrived at the Sydenham home later that same day, Ramadan had been dead for up to 12 days.

During the first day of Anderson’s murder trial on Tuesday, the jury was shown a video recording of an interview he did with Channel Nine reporter Sam Cucchiara in the street near his Sydenham home on April 16, 2019.

During the interview, he told the reporter Ramadan was a “very polite old lady” who he’d done odd jobs for.

He said that on April 6, 2019, he had arrived at Ramadan’s home to inform her he’d been unable to contact the owners of her neighbouring property to progress fence repairs, when he stumbled across her body. 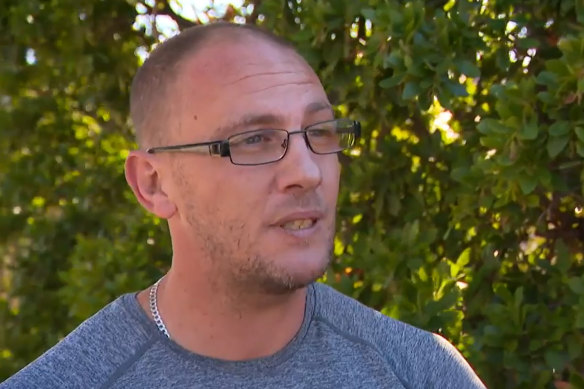 Stuart Anderson is on trial for the alleged murder of his 77-year-old neighbour Vicky Ramadan in 2019.Credit:A Current Affair

“She seemed like a very, very, very lovely lady. I had no problems with her whatsoever,” Anderson told Cucchiara.

“I really hope to God the cops catch this son of a bitch, I really do. She did not deserve this at all. It haunts me a little bit, I won’t lie. This whole community is in fear now.”

The prosecution alleged this story was a lie designed to make Anderson look like a better person.

Crown prosecutor Neill Hutton said other lies investigators had since uncovered included stories that Anderson had travelled to Bunnings with Ramadan to purchase items for her home, including a flat-pack wardrobe in late March, and also travelled to Maffra for work as a traffic controller around the time of her death. 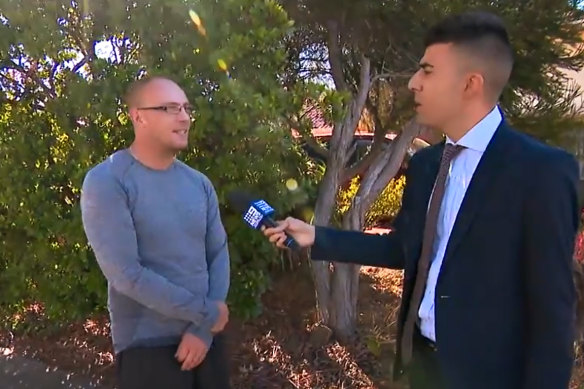 Hutton said in the weeks that followed the discovery of the elderly woman’s body, Anderson also called police and said he wanted to tell them the whole truth, which included finding her body at 1.30am when he broke in to retrieve his tools.

“There is a lot of lies in there,” Hutton said.

Hutton told the jury Ramadan was a fiercely independent lady who had emigrated from Macedonia but became estranged from her children.

She suffered from Parkinson’s disease and dementia, and lived alone.

Ramadan had been burgled a number of times in the months before her death and increased security measures in her home, as she was known to have a large amount of jewellery and cash.

At the time of her alleged murder, Anderson was 38 and living nearby in a house with his girlfriend and many other friends and family members.

Police alleged Ramadan was killed sometime between March 23 and 27.

Anderson was arrested and charged with her murder in December the same year. 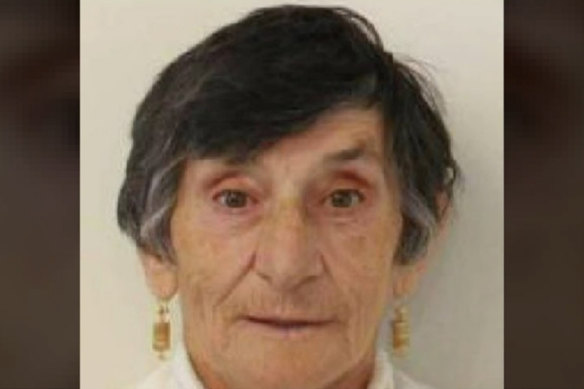 77-year-old Vicki Ramadan, whose body was found in her Melbourne home.Credit:ninevms

“This is a circumstantial case,” Hutton said.

Defence barrister Glenn Casement said his client was an innocent man who was regretful about not telling the whole truth to police from the beginning.

Casement said in concealing the truth initially, Anderson was attempting to hide a break-in at Ramadan’s home and not a murder.

He noted squatters were also known to live in a house directly opposite Ramadan’s property but police had been unable to identify anyone who may have been staying there during the relevant time.

“Telling lies doesn’t make him a murderer,” he said.

The trial is estimated to run over the next four weeks.