Home » World News » ‘She was my best friend – now I want to smash her face in’, says OnlyFans star

‘She was my best friend – now I want to smash her face in’, says OnlyFans star 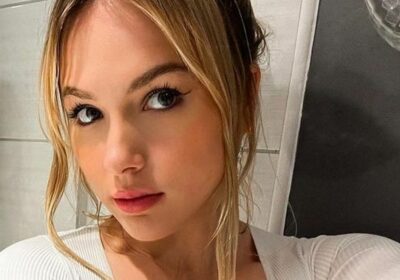 An OnlyFans star claims she has been left miffed by her supposed “best friend” calling her out online – now she wants to batter her in the ring.

Model Beth Fiit says she and supposed best bud Alexia Grace, also an OnlyFans model, are in the process of sorting out a date to settle their differences with their fists.

The two footy-mad models each claim that the other has been copying their content online and despite even having collaborated in the past there seems to be no love lost between the pair now.

Both have claimed that they don’t mind the other copying the style of their videos, but a back-and-forth between the two online has seen tensions spill over.

“It sounds so stupid but it riles me up because it's just someone just absolutely berating me 24/7.

“I think she did try and get a reaction from me, which she has."

Chelsea-mad Beth added: “I did videos [as] a health and safety [inspector] and then like two weeks later, she'd use exactly the same one.”

“I never mind my friends taking inspiration from me. But as soon as she's online slagging me off, saying this, that and the other about me, calling me UnFiit and stuff, which is absolute nonsense – I'm literally like, in the best physical health that I’ve been."

Both models say they’re big football fans and each has incorporated it into their brand. But since the “UnFiit” allegation from Alexia, Beth has claimed that her rival isn’t actually as Aston Villa crazy as she claims to be.

Beth said: "She was going around saying all of this and then I did say that she doesn't know anything about football. If you asked her what the off-side rule was she wouldn’t have a bloody clue.

“She just pretends because she thinks that’s what people like about her.

Her words come as a reminder about how big a fallout this really is. The two have met each other "many" and according to Beth used to text every day.

Beth said: “It has it has personally deeply hurt me.”

“I loved her. She was one of my closest friends. I cared about her dearly and now she's like, sl**ging me off for attention. What's that about?”

Discussing how often they’d spoken, Beth said: “We've met each other many times we've done collabs – [we saw] each other in Airbnbs and at each other’s houses.

“We were friends – that's what I thought we were anyway.”

But Beth claims that she got no warning from her mate that she was going to call her out for copying her content.

“Literally all I got was a notification saying Alexia is online, ‘I wonder what she’s talking about’.

“I open it up and she’s literally sl**ging me off.”

She added: “If she had truly valued me as a friend she would have contacted me personally.”

Now, Beth says she’s well up for the scrap.

“I want to show her that she thinks she can go around saying I’m UnFiit and try and come for my whole brand with fitness, football, things like that and say that these are fraudulent, I will show her that it isn’t fake – I will knock her out.

Beth’s claims are just the latest entry into the row. Previously Alexia told the Star: “Pretty much the majority of my social media especially Twitter is based around football. I'm an Aston Villa fan.

“So her saying that was her way of trying to [hurt] my career like ‘she doesn't support football she's fake.

“So then I said ‘well if we're gonna go personal then you don't go to the gym’ because she calls herself Beth Fiit, I said ‘you're not Beth Fiit you're Beth Unfiit’."