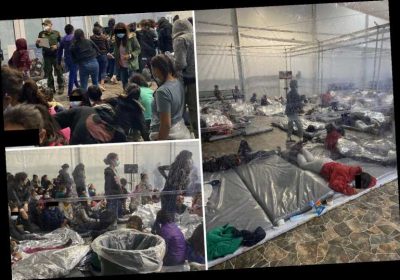 SHOCKING images reveal the "terrible" conditions inside a border patrol tent as nearly 1,000 unaccompanied children have been held by agents for more than 10 days.

The images, captured inside a US Customs and Border Patrol (CBP) temporary overflow facility in Donna, Texas, show groups of migrants laying on mats on the floor, using aluminum sheet blankets to keep warm. 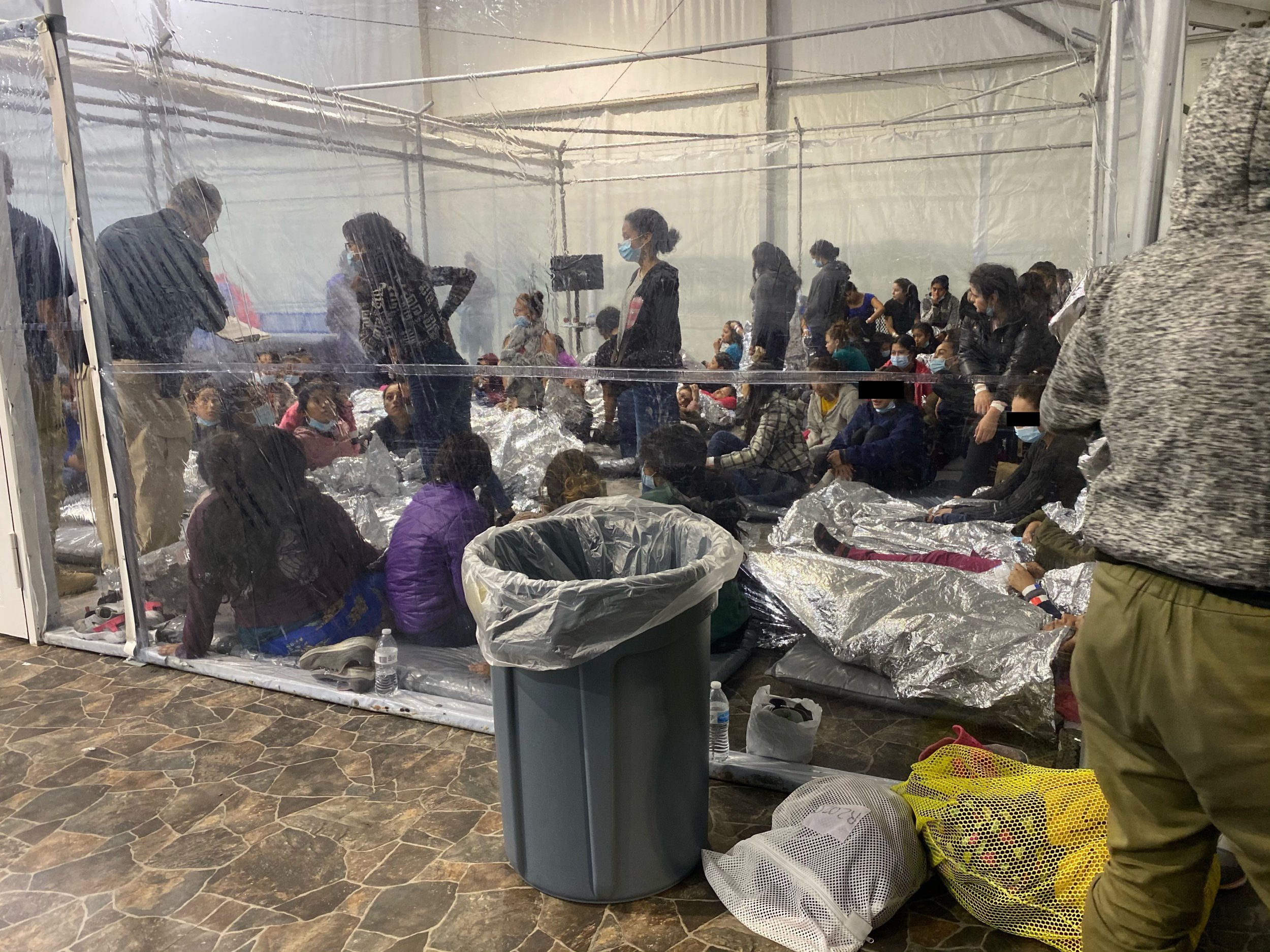 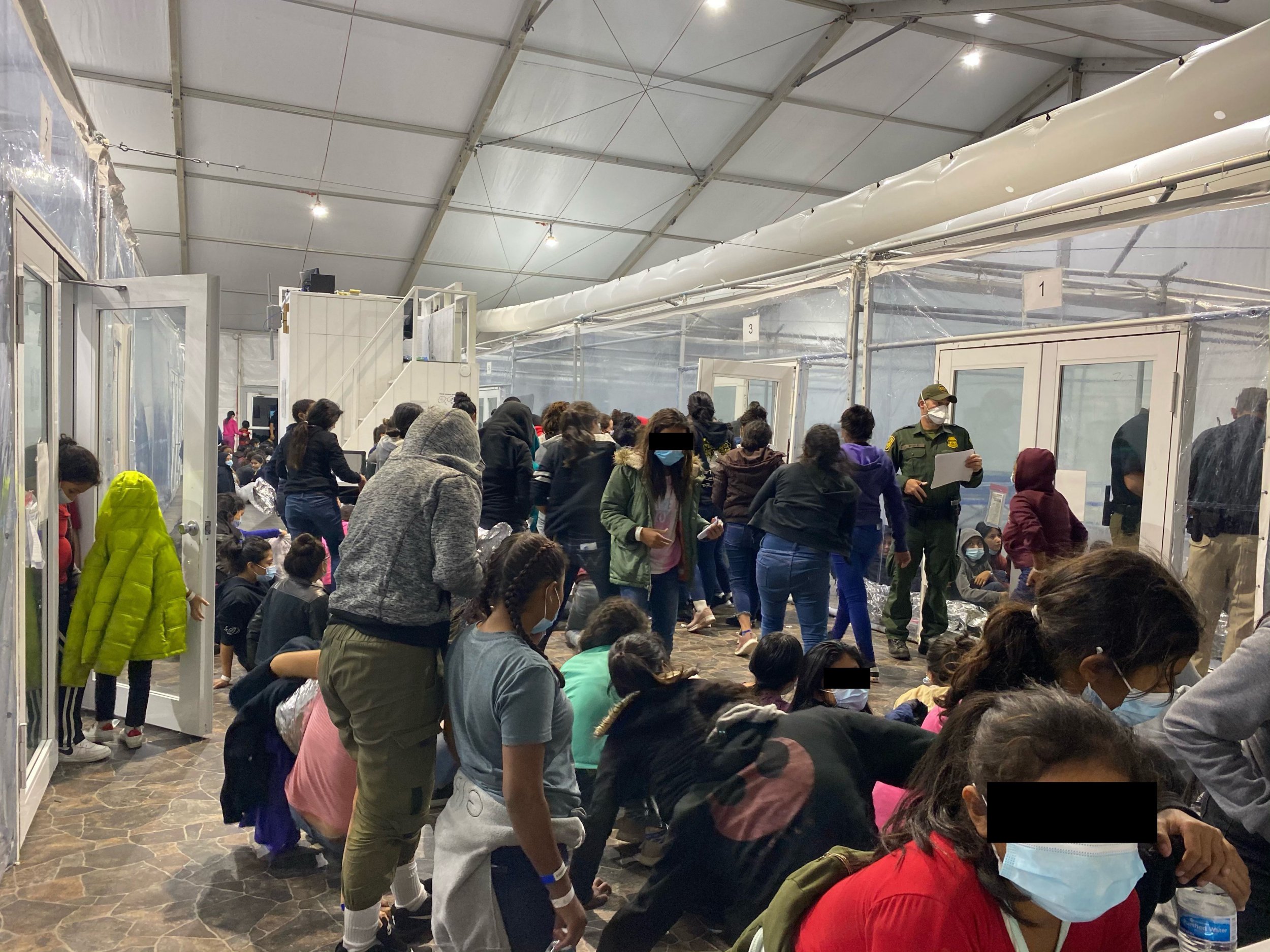 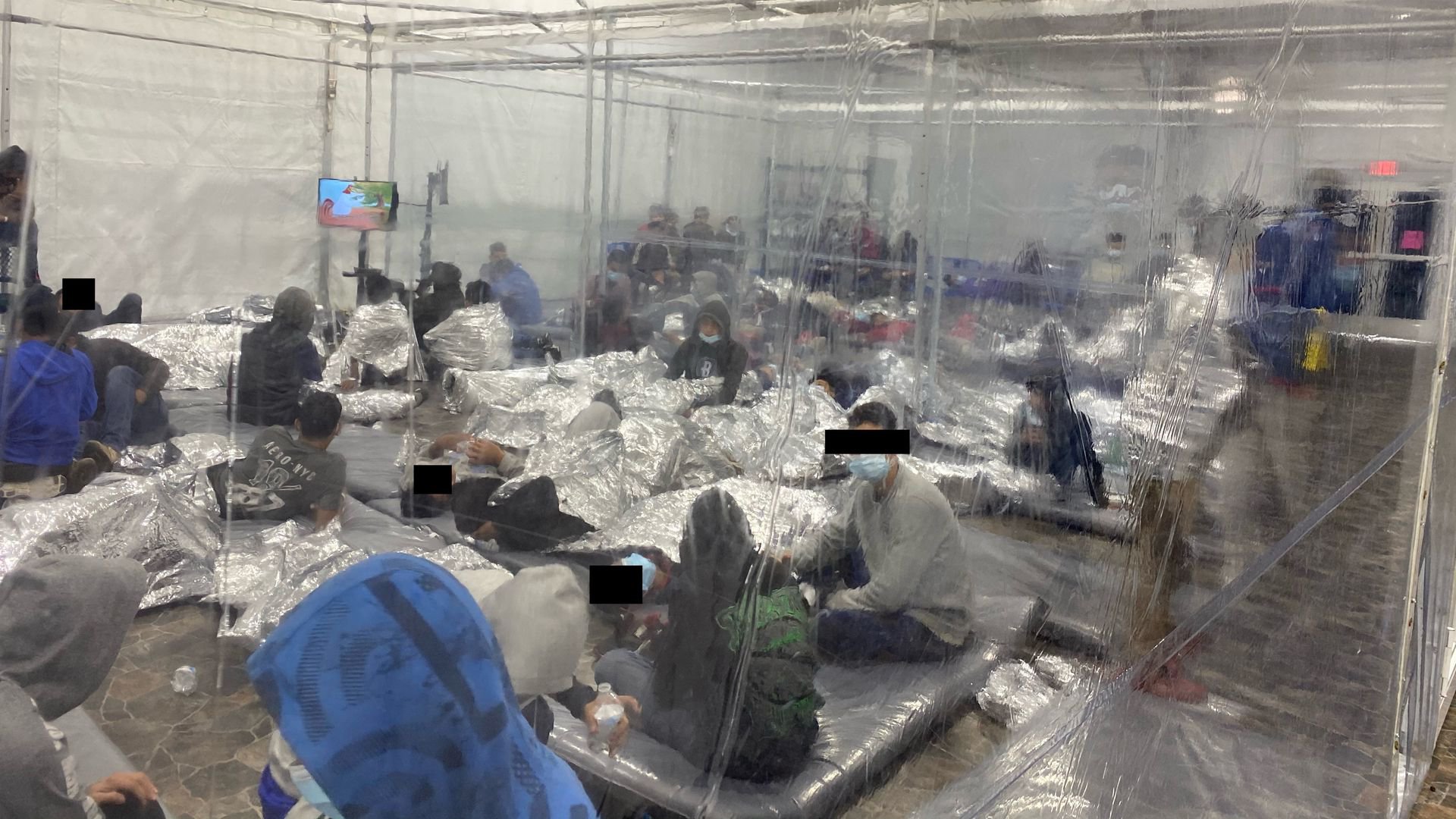 The makeshift facility is made up of eight "pods" and each is meant to have a maximum occupancy of 260 people.

However, Rep. Henry Cuellar (D-Texas) told Axios that as of Sunday, at least one pod was holding more than 400 unaccompanied male minors.

Cuellar described the setting as "terrible conditions for the children" and said they need to quickly be moved into the care of the Department of Health and Human Services.

While Cueller believes border agents are "doing the best they can" with the government's long-term child shelters and family detention centers full, the Democrat said the temporary tents are not "equipped to care for kids".

Urging the Biden administration to step in and help, Cuellar said: "We have to stop kids and families from making the dangerous trek across Mexico to come to the United States.

"We have to work with Mexico and Central American countries to have them apply for asylum in their countries."

Because the Biden administration has restricted media coverage in and around housing facilities, the images offer a rare glimpse of what life is like for those detained inside. 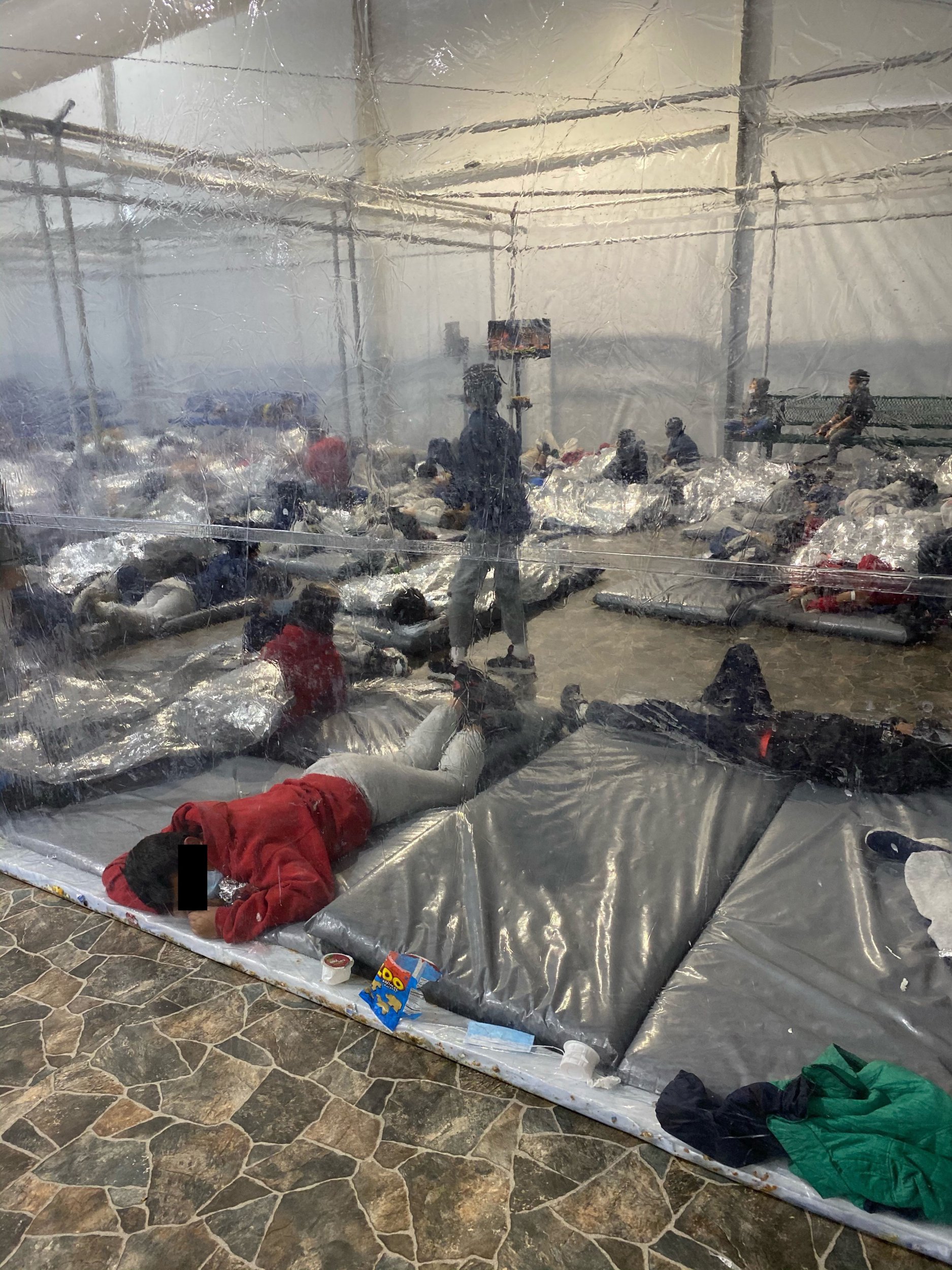 Groups of migrants, penned in by sheets of plastic, are seen cluttered together in close proximity in some of the pictures.

Thin mattresses are spread out across the floor in each cubicles, with detainees appearing to use aluminum foil sheets as a substitute for blankets.

A number of those depicted appear to be children, with one image showing a large group of boys gathered around a small TV in one section, with no adults visible in frame.

CBP Facilities are currently at capacity under coronavirus protocol, and the Rio Grande Valley sector, which includes Donna, has even far exceeded its non-pandemic limits.

As of this weekend, a total of 10,000 migrants were in CBP custody, nearly half of whom were unaccompanied minors.

This comes despite the CBP having a three-day limit for detaining children. 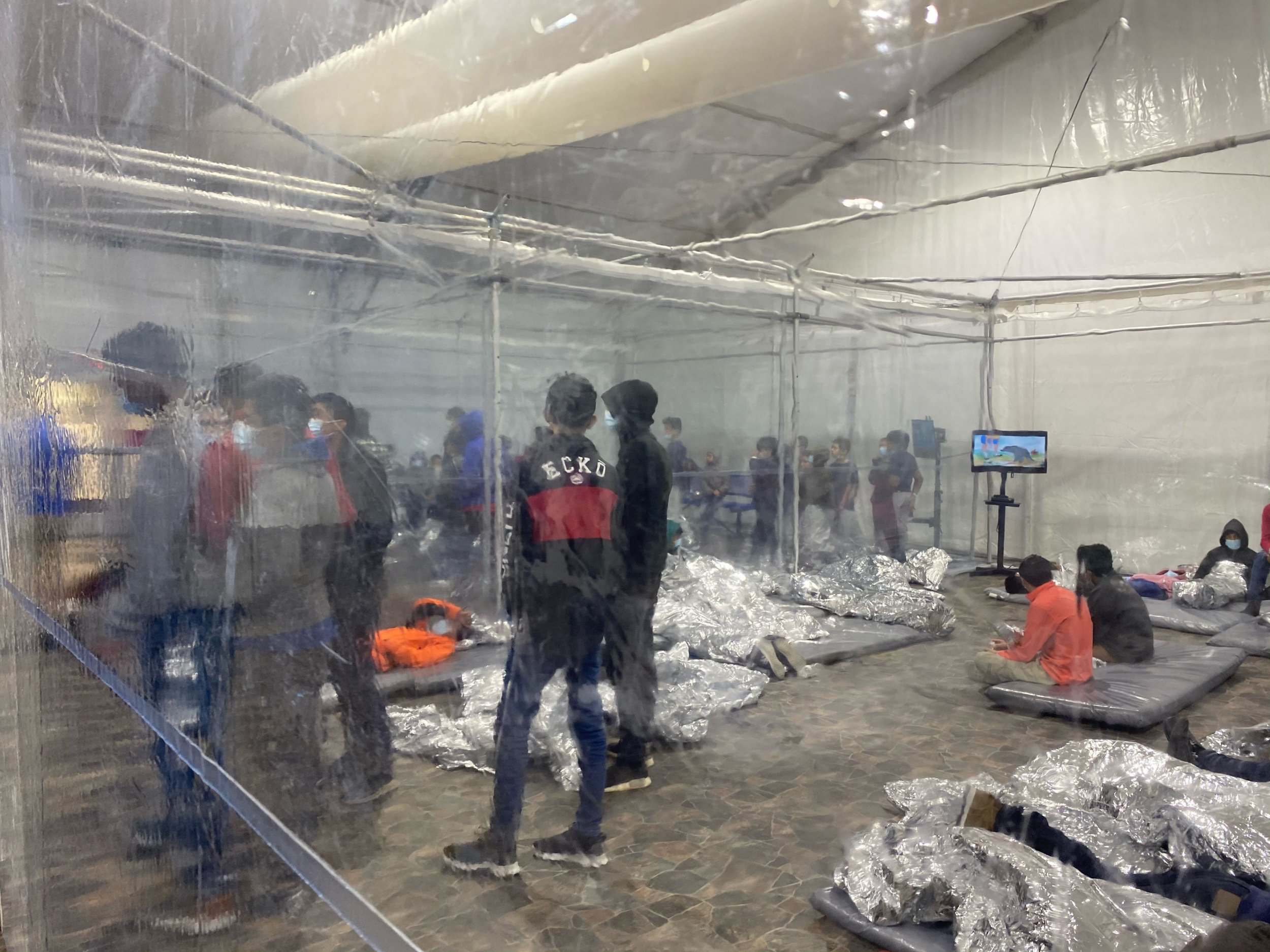 Many of those being held have reportedly be prohibited from phoning their parents or any other relatives who may be wondering where they are, the Associated Press reported.

Lawyers for some of the children being held in Donna say they're being kept so closely together that they can touch the person next to them.

Some have to wait five days or more to shower, and there isn’t always soap available, they said.

President Biden’s administration has denied the lawyers access to the tent facility.

During the administration of former President Donald Trump, attorney visits to Border Patrol stations revealed severe problems, including dozens of children held at one rural station without adequate food, water, or soap.

“It is pretty surprising that the administration talks about the importance of transparency and then won’t let the attorneys for children set eyes on where they’re staying,” said Leecia Welch of the National Center for Youth Law, one of the lawyers. “I find that very disappointing.”

Although none of the children reported situations as severe as during the Trump era, Welch said the lawyers “weren’t able to lay eyes on any of it to see for ourselves, so we’re just piecing together what they said.” 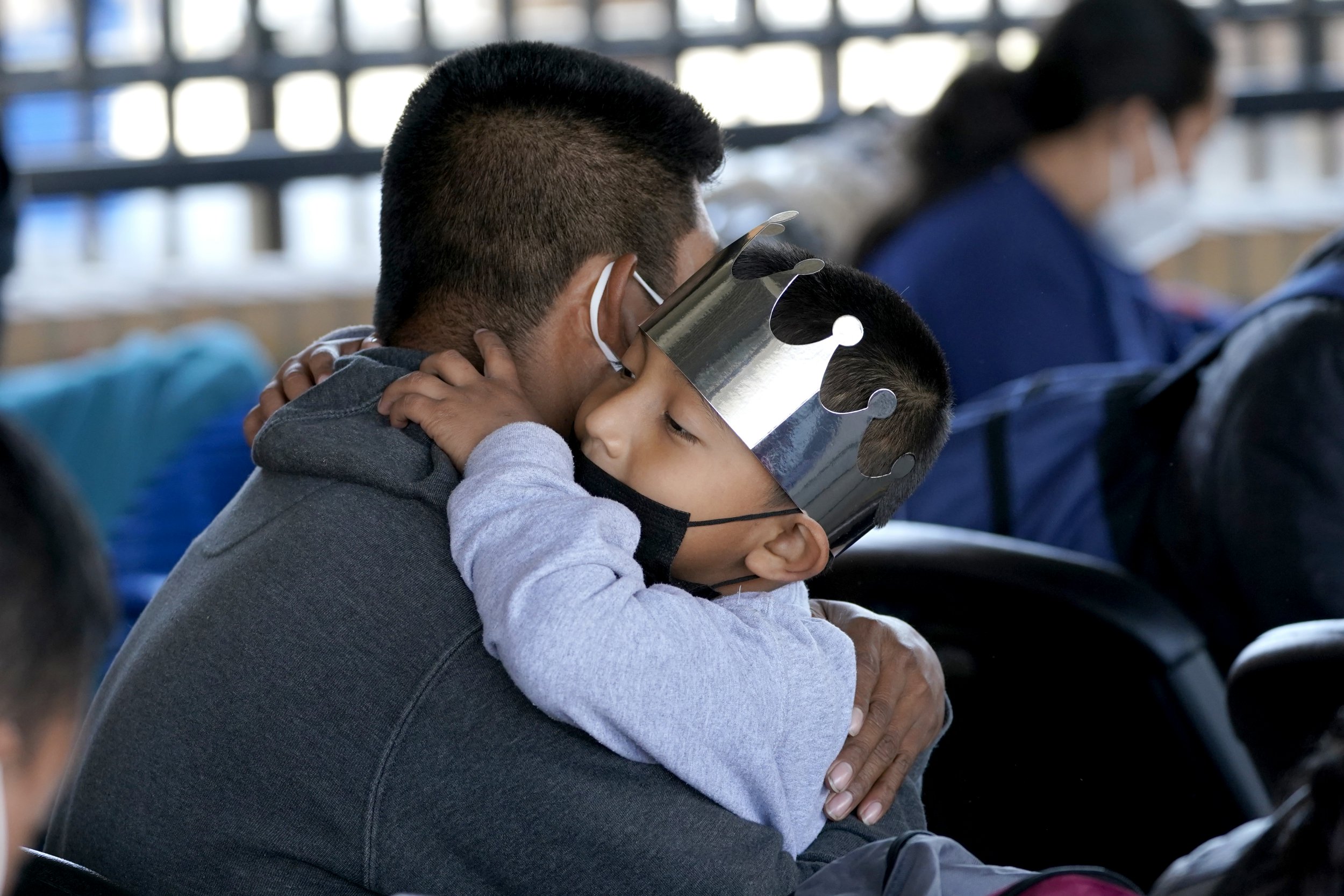 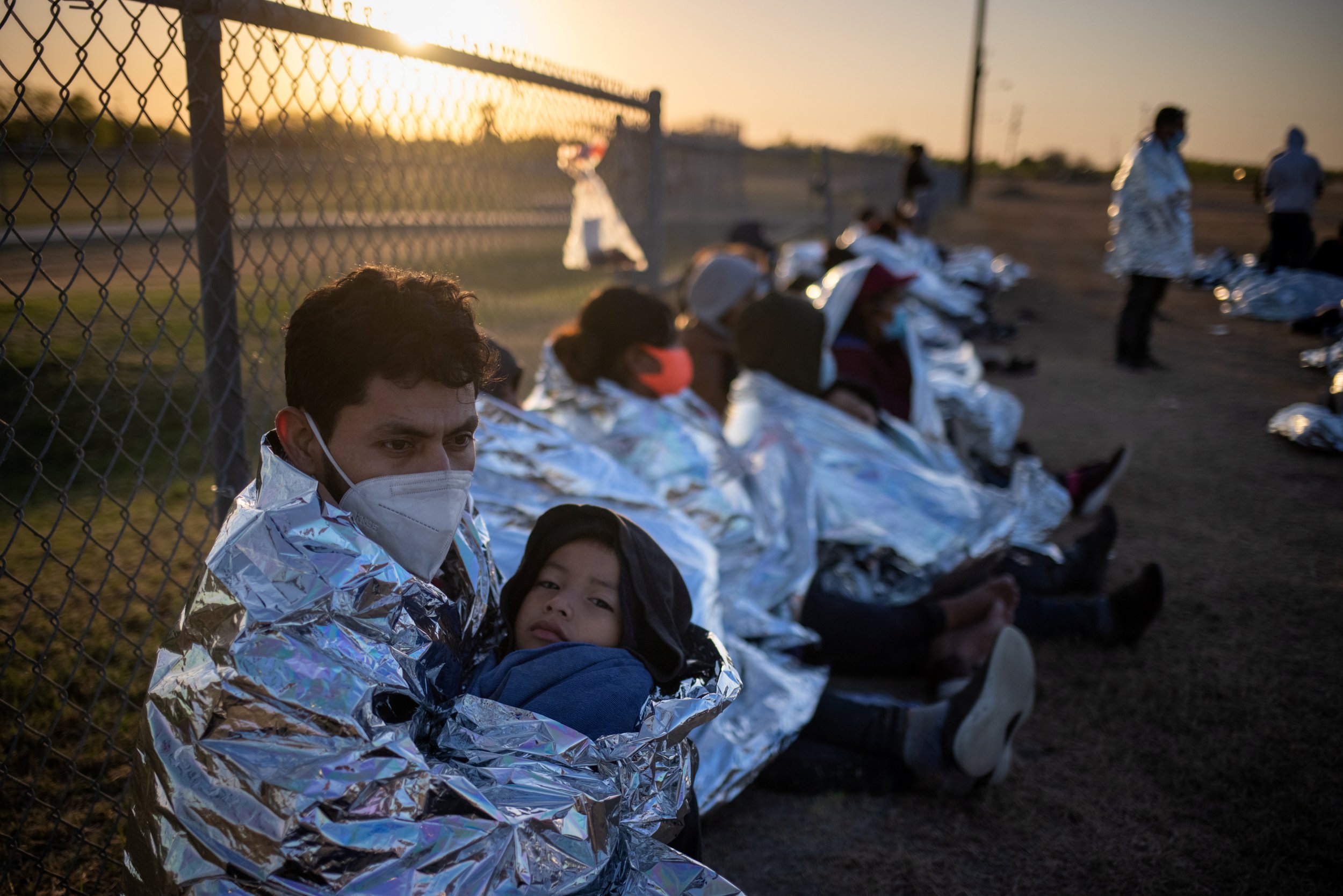 Government figures show a growing crisis as hundreds of children cross the border daily and are taken into custody.

More children are waiting longer in Border Patrol custody because long-term facilities operated by US Health and Human Services (HHS) have next to no capacity.

Hundreds of children are being apprehended daily at far higher rates than HHS is releasing them to parents or sponsors. HHS currently takes an average of 37 days to release a child.

Biden has stopped the Trump-era practice of expelling immigrant children who cross the border alone, but maintained expulsions of immigrant families and single adults. 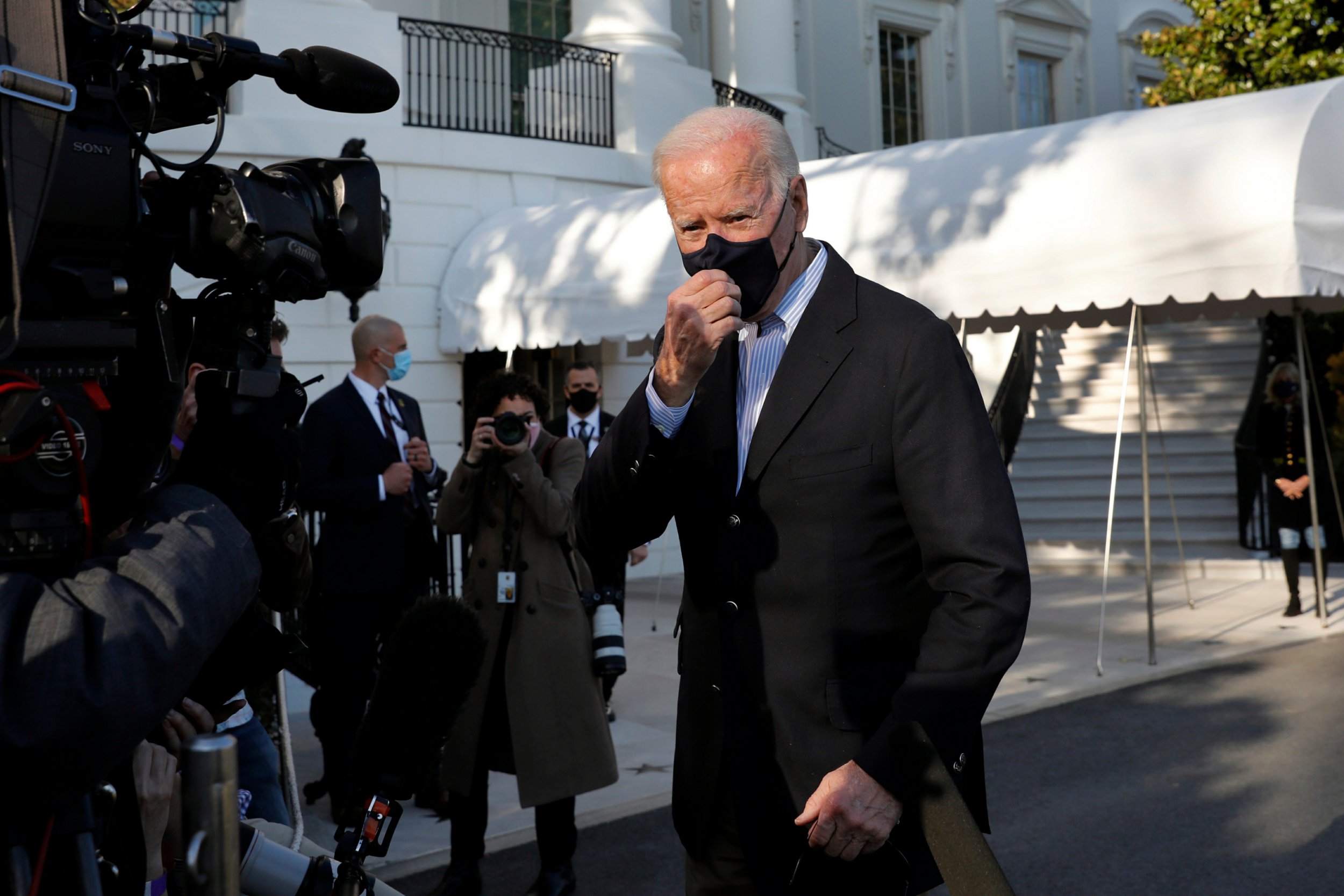 The president, who is just two months into his four-year-term, is facing increasing scrutiny for the growing humanitarian and political challenge unfolding at the US-Mexico border.

Officials within his administration say Biden inherited an untenable situation that resulted from what they say was Trump’s undermining and weakening of the immigration system.

Biden told reporters Sunday at the White House that “at some point” he would go to the border and that he knows what is going on in the border facilities.

“A lot more, we are in the process of doing it now, including making sure we re-establish what existed before, which was they can stay in place and make their case from their home countries," Biden said upon returning from a weekend at Camp David. 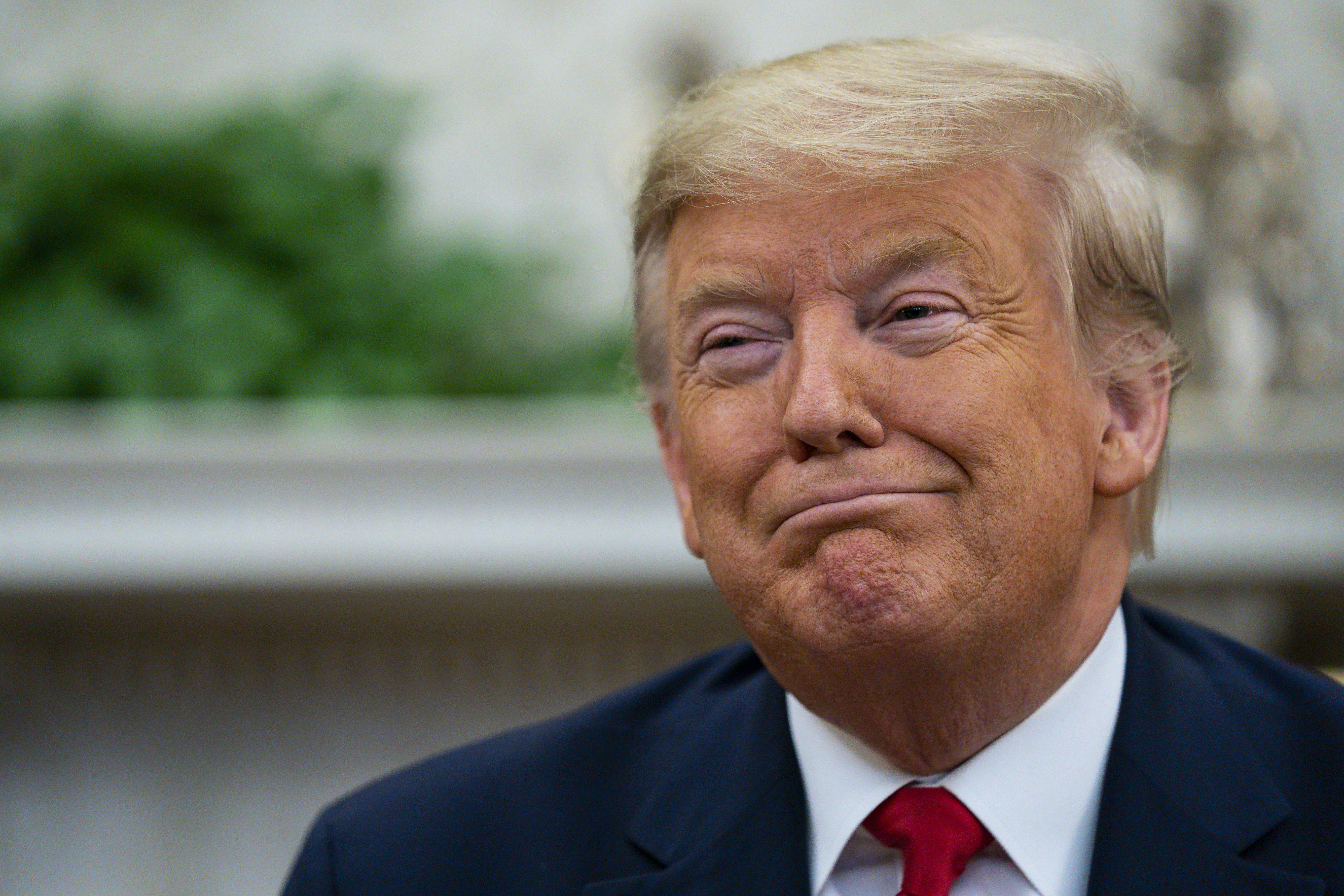 The White House dispatched Homeland Security Secretary Alejandro Mayorkas to four Sunday news shows in an effort to stress that it was working to get things under control.

“Our message has been straightforward — the border is closed,” Mayorkas said. "We are expelling families. We are expelling single adults. And we’ve made a decision that we will not expel young, vulnerable children.”

Mayorkas later added in an interview with CNN: "I have said repeatedly from the very outset a Border Patrol station is no place for a child.

"That is why we are working around the clock to move these children out of the Border Patrol facilities into the care and custody of the Department of Health and Human Services that shelters them."

Trump, meanwhile, has shirted responsibility for the unfolding chaos and instead blamed Biden for turning the "most secure border in history" into a "national disaster" that's causing "death and tragedy".

In a written statement, Trump said: "We proudly handed the Biden Administration the most secure border in history. All they had to do was keep this smooth-running system on autopilot.

"Instead, in the span of a just few weeks, the Biden Administration has turned a national triumph into a national disaster,” he stated. “They are in way over their heads and taking on water fast."

Some 14,000 migrants are in federal custody, and more are expected to come to the US.

While the Biden administration has said it’s been working on plans for long-term immigration problems, it has not had an on-the-ground plan for the current migrant surge.