Officers  were in the apartment trying to pull him back — but the intruder refused to co-operate and plunged 110 ft to his death. 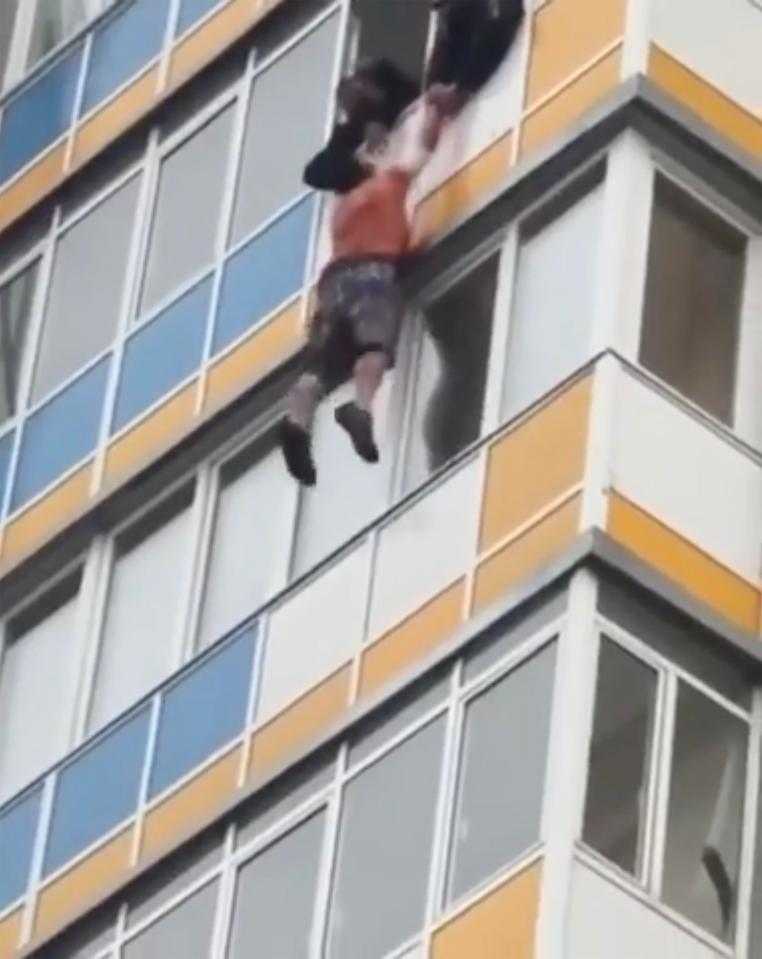 Policemen were holding his wrists but he wriggled free, and fell.

Earlier the unnamed man had been arguing with a woman in the block of flats in Krasnoyarsk, 2,600 miles and four time zones east of Moscow.

A female resident opened her door to investigate the commotion, and the man wearing shorts and a shirt barged past her into her flat.

He refused to leave and she phoned the police. 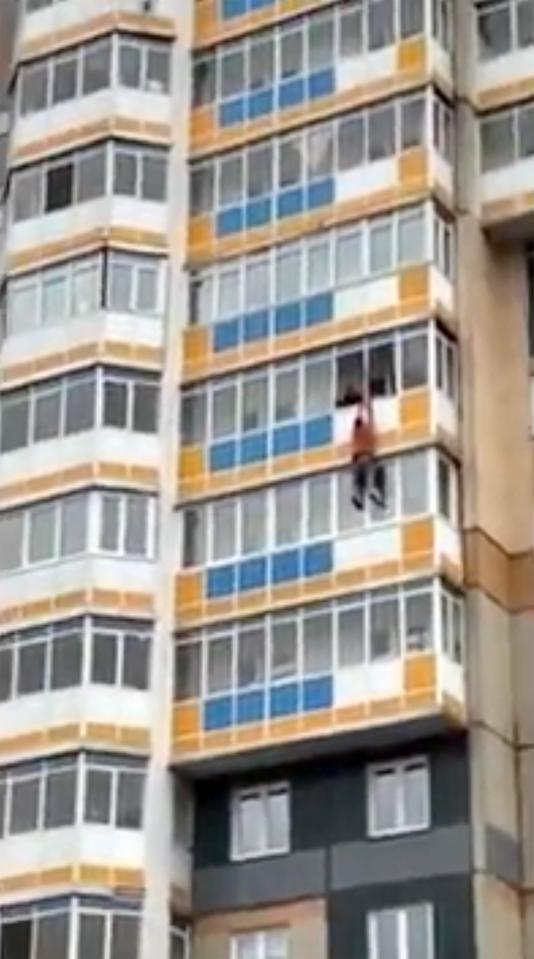 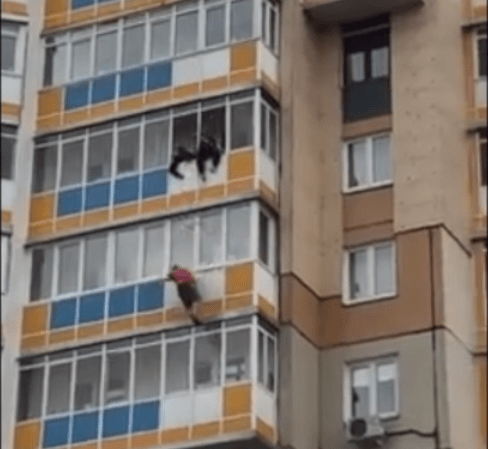 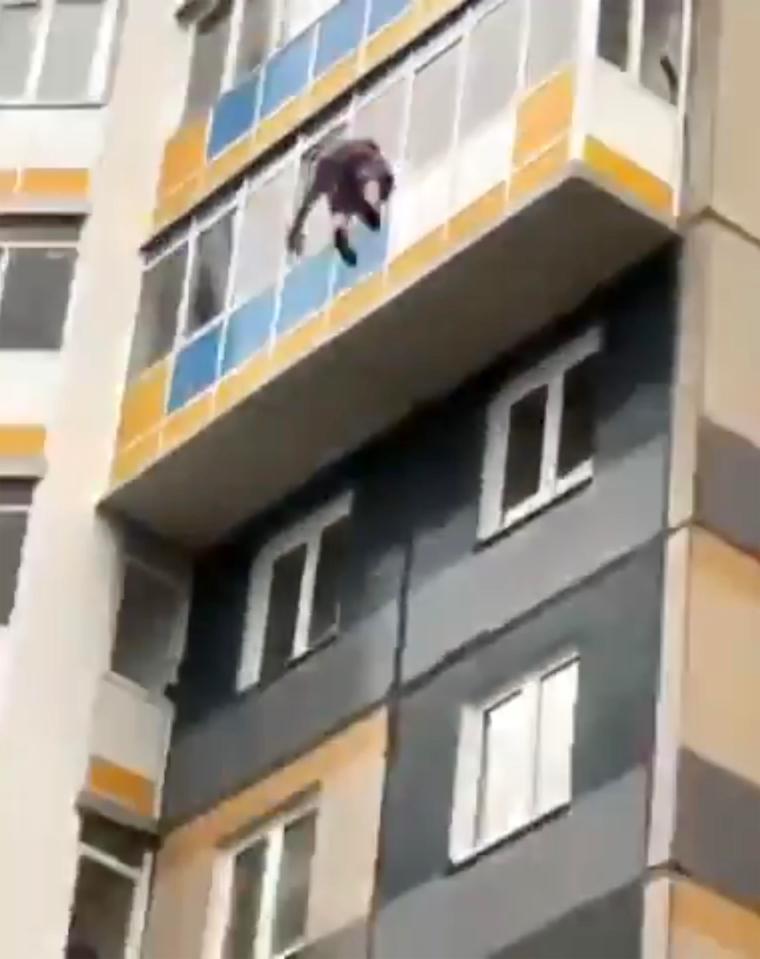 When officers arrived he went to the windows on the glassed-in balcony.

A police source said:  “He was crazy.…

“He broke several windows, and after that went to the balcony.

“As soon as he saw the policemen, he tried to escape.”

He climbed out of a window and clung onto the ledge. 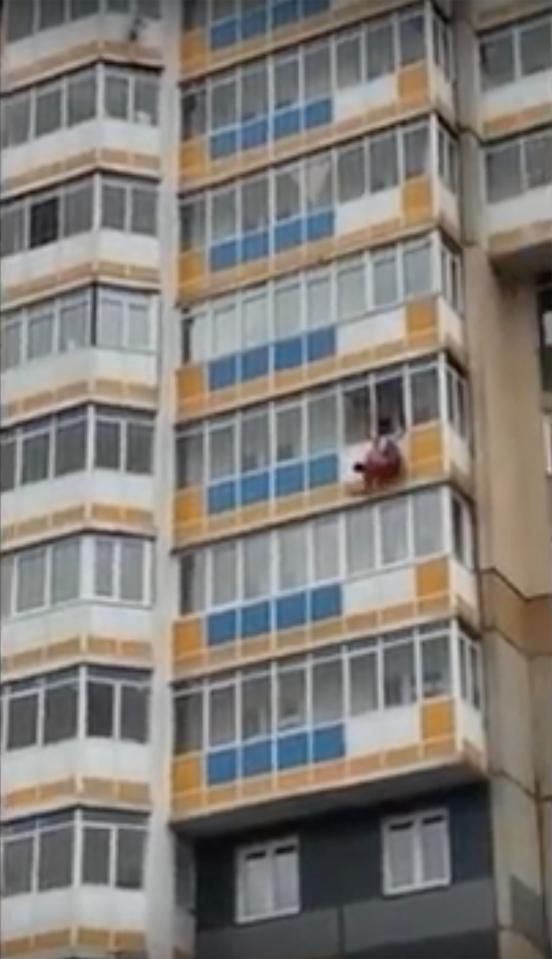 Below, passers-by shout to him to go back.

One says: “You fool, where are you climbing?”

Others urge him to  “hold on”. 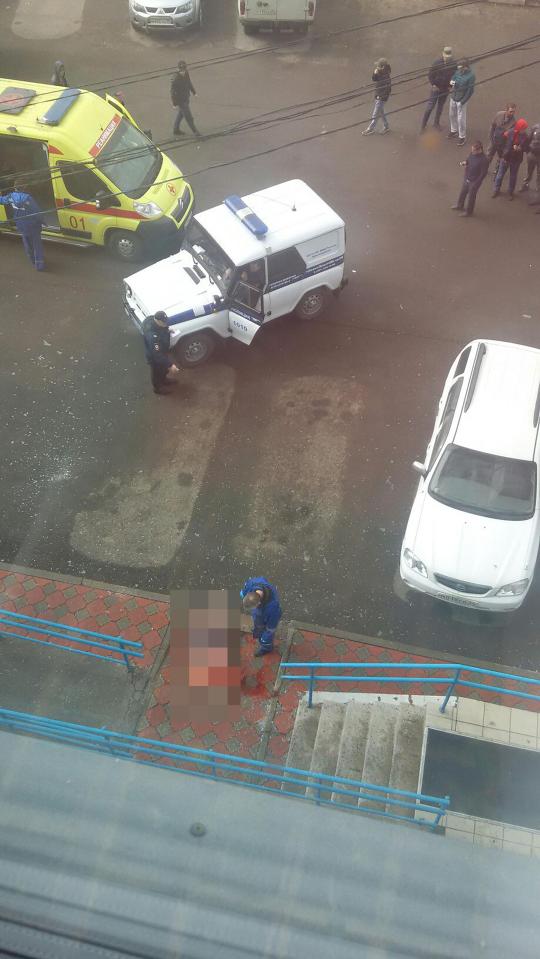 Policemen grabbed his wrists but could not hold him as he kicked furiously against the windows of the flat below.

Momentarily he is held by just one  arm.

“Officers tried to save his life until the last moment,”said the police source.

“But he managed to break free and fell onto the asphalt below.

An investigation is underway into his death.