The bizarre footage shows the man lying on his side as medics skillfully fish the creature to avoid cause any damage as it is removed. 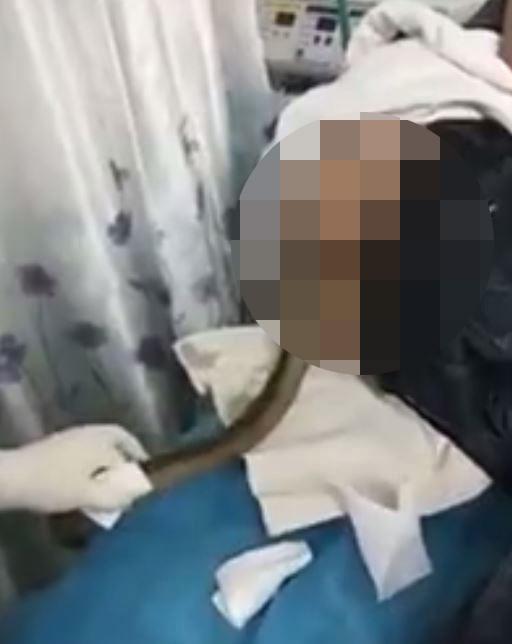 It is not clear whether the eel measuring about two foot survived its ordeal and the condition of the patient is not known.

But this is not the first time patients have wound up in hospital, especially in China, after inserting the slippery beast into their bum.

In November Sun Online reported on how doctors at the facility in Nanchang discovered an eel deep inside a middle-aged man complaining of abdominal problems.

The stricken fella would not reveal how or why the eel had made its way inside him.

Another report in April last year may provide one explanation.

In this incident a 49-year-old with the surname Liu from South China's Guangdong Province had an eel removed from his intestines after he shoved one of the animals up his anus "to cure constipation".

Yet a month a later, a man from Sichuan Province in China was treated in a similar case, only this time his friends inserted the live eel up his backside as a sicko prank.