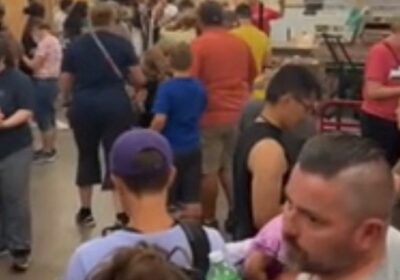 A gunman has opened fire in the largest shopping centre in America.

Bloomington Police in Minnesota has numerous officers at the Mall of America in suburban Minneapolis on the northwest side of the mall.

The force confirmed that shots were fired and that it was an isolated incident.

The suspect fled the scene on foot while officers are in the process of interviewing witnesses as a victim has not yet been found.

A video of the shooting was taken showing the shooter entering a Nike store in the mall before firing at least three shots with the video racking up almost 250,000 views at this point in time.

According to Bloomington Police, a lockdown has been placed on the Mall of America at this current time and when lifted, the mall will be closed for the evening.

Media availability for the incident will be held at 8:00 PM with media instructed to report to the Mall Of America level one East Guest Services as they will be directed to the staging area by staff.

The mall was opened in 1992 and is the ninth largest shopping mall in the world and the largest in the western hemisphere.

A woman who gave her name as Tara told The Associated Press that she and a friend alongside dozens of people ran down a hallway to escape the mall.

“We were in the Lululemon store and I just saw people running and he was in the dressing room and I started banging on the door to get him to come out and he didn’t have a shirt on so we just ran out of there," she said.

You can also get email updates on the day’s biggest stories straight to your inbox by signing up for our newsletters.