Siegfried Fischbacher, of magician duo Siegfried and Roy, dies at 81 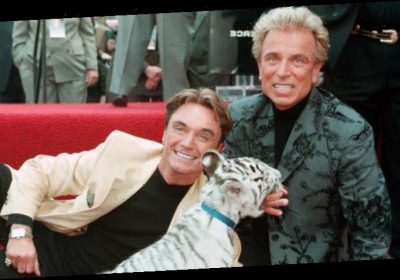 San Francisco: Siegfried Fischbacher, the surviving member of German entertainment duo Siegfried and Roy, has died at the age of 81, his sister confirmed.

Fischbacher, originally from the city of Rosenheim in south-east Germany, became famous for his appearances with white tigers and lions alongside his partner Roy Horn. 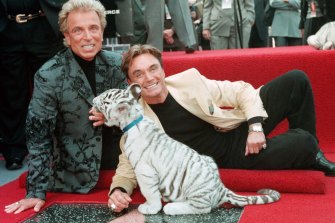 Siegfried Fischbacher, left, and Roy Horn, pictured in 1994 at their star on the Hollywood Walk of Fame.Credit:AP

"He was at home in Las Vegas," Fischbacher's sister said, adding that she had called him on the phone.

"I was able to pray with him and tell him that I would always be with him in my heart."

Fischbacher had suffered from cancer.

His partner Horn died after falling ill with COVID-19 in May last year.

In 1967, the duo went to Las Vegas. In 1988, they inked a million-dollar deal to perform at the Mirage Hotel in the casino city.

During their 14-year run at the hotel from 1989, they became world renowned.

The duo's career ended in 2003, when Horn was attacked by his tiger Mantecore during a performance, causing severe injuries from which he never fully recovered.